Another Trip to Lyman

Not long ago I shared some pics from one of our favorite birding spots, Lyman Woods.  Lyman is relatively small (compared to other Forest Preserves in the area) and is bordered by busy roads, a hospital (constant sounds of sirens racing by), a residential area, a business park and a college.  In spite of the press of humanity all around, it is home to a surprising number of birds.  This is due to the variety of habitats within the park; dense forest, marsh, and lake.  We met Birding Buddy Mark along with new buddies Dori and Candace there Monday and spent several productive hours there.

At first we saw very few birds – then it started to drizzle.  After 30 minutes or so the rain stopped and then the birds emerged!  We’ve found that before – after a rain the birds tend appear, perhaps making up for lost time as they hunkered down during the rain.  We did see some warblers but I couldn’t get any shots of them.

As we climbed a hill next to the lake we looked down to see over 25 Great Egrets, with about 10 Great Blue Herons mixed in.  We actually had to walk around to the other side to get to the floating dock to get some pics of these beautiful birds. 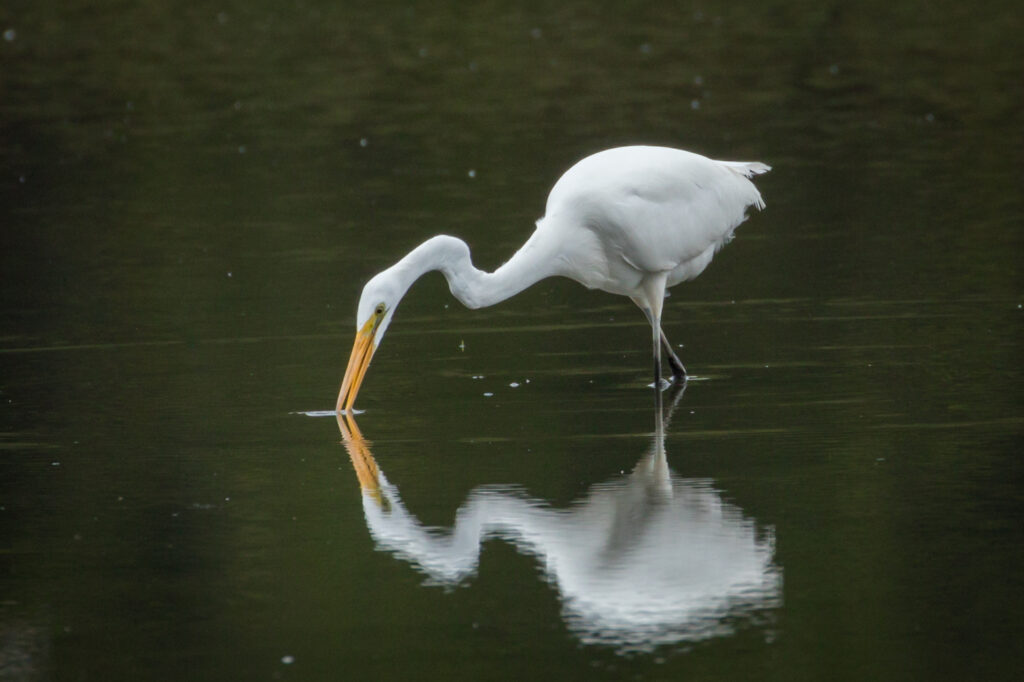 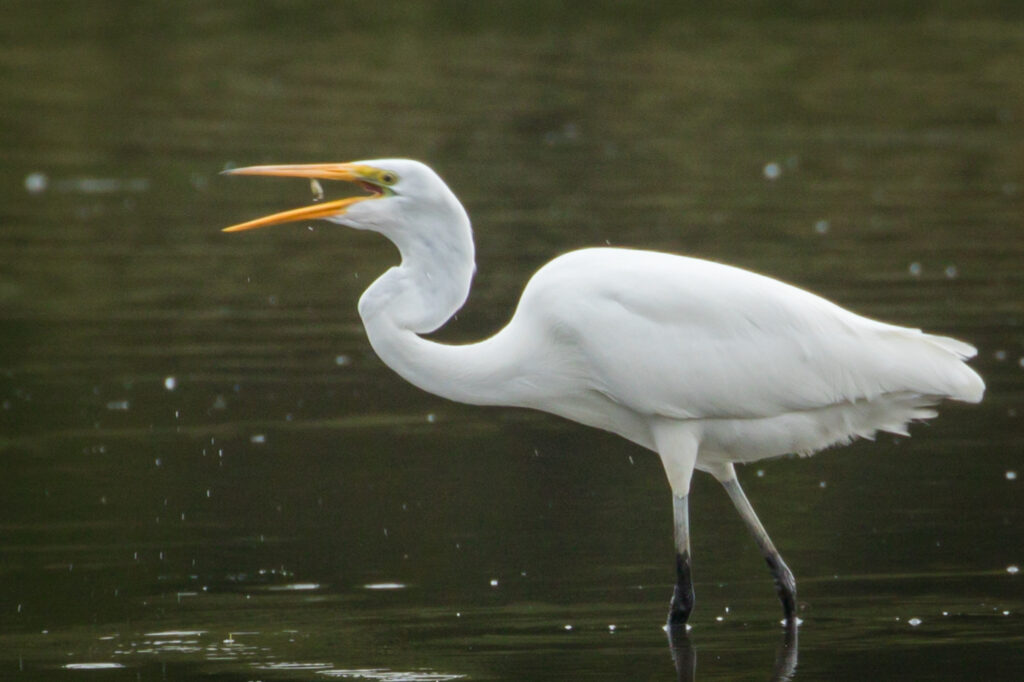 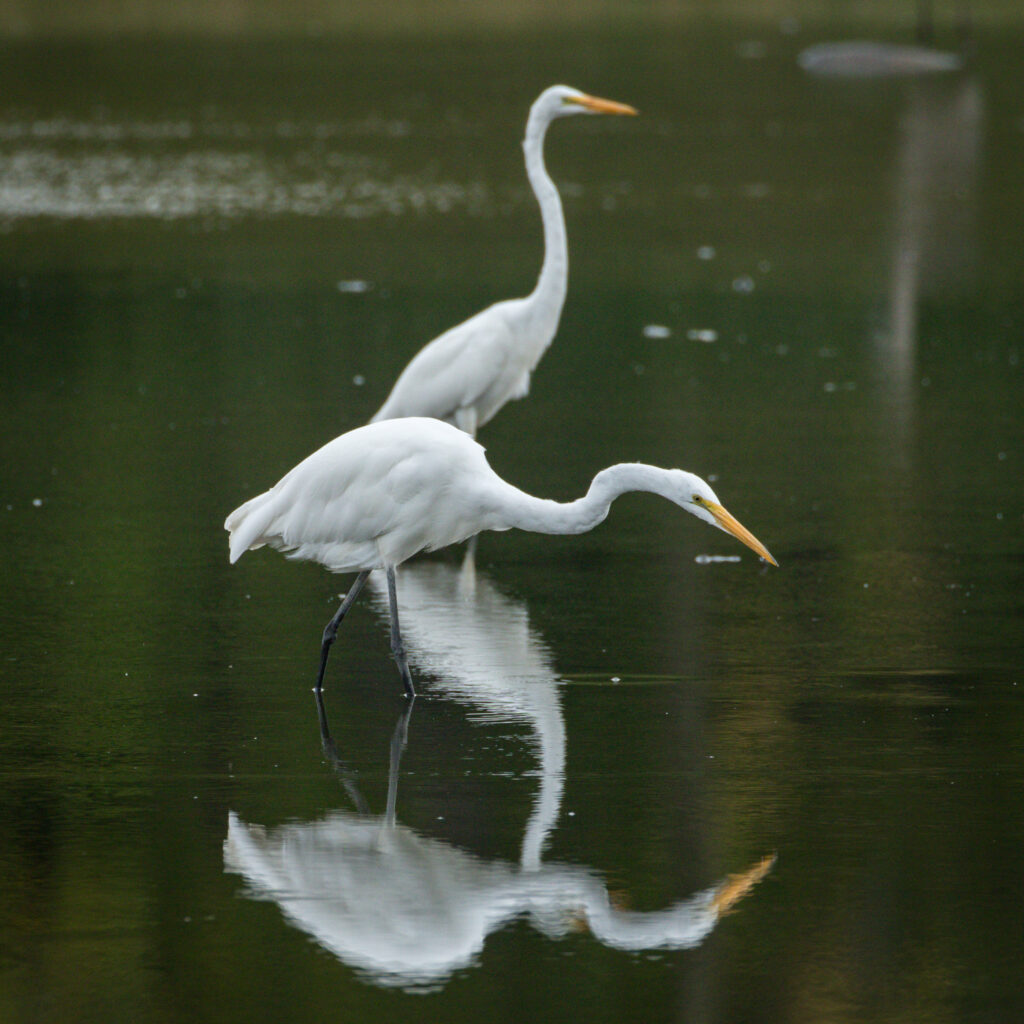 Below is one of the several immature Great Blue Herons there, mixed in with the Egrets. 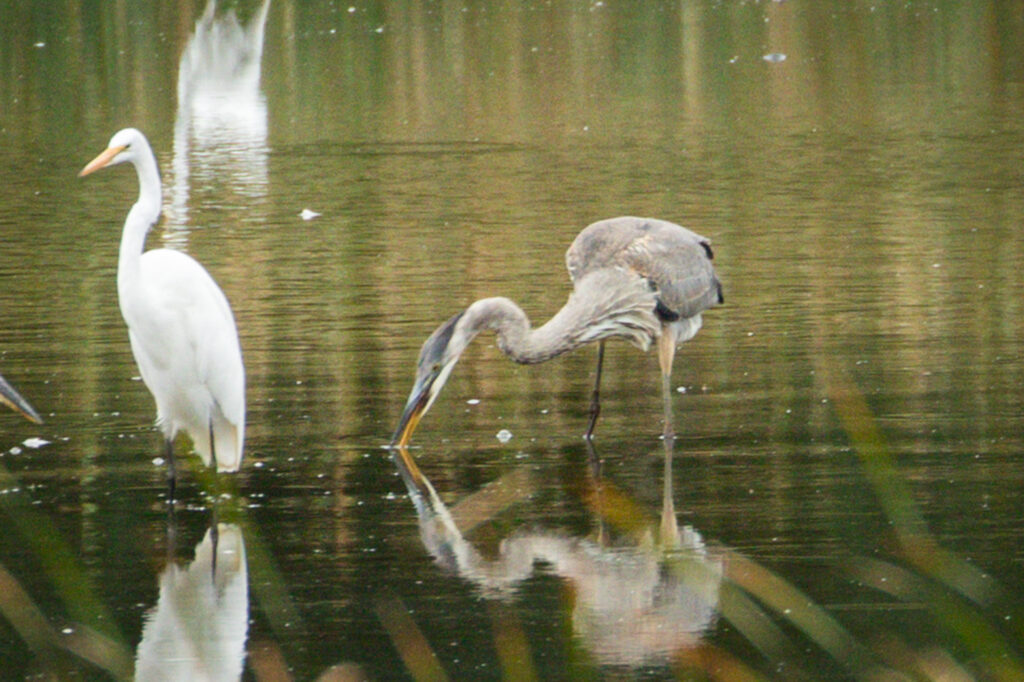 As we made our way around the lake, off in the distance we saw a raptor sitting in a bare tree.  As we approached we were able to determine that it was a Red-tailed Hawk.  It watched us until we got almost under the tree before it took off and went about 100 yards to another dead tree. 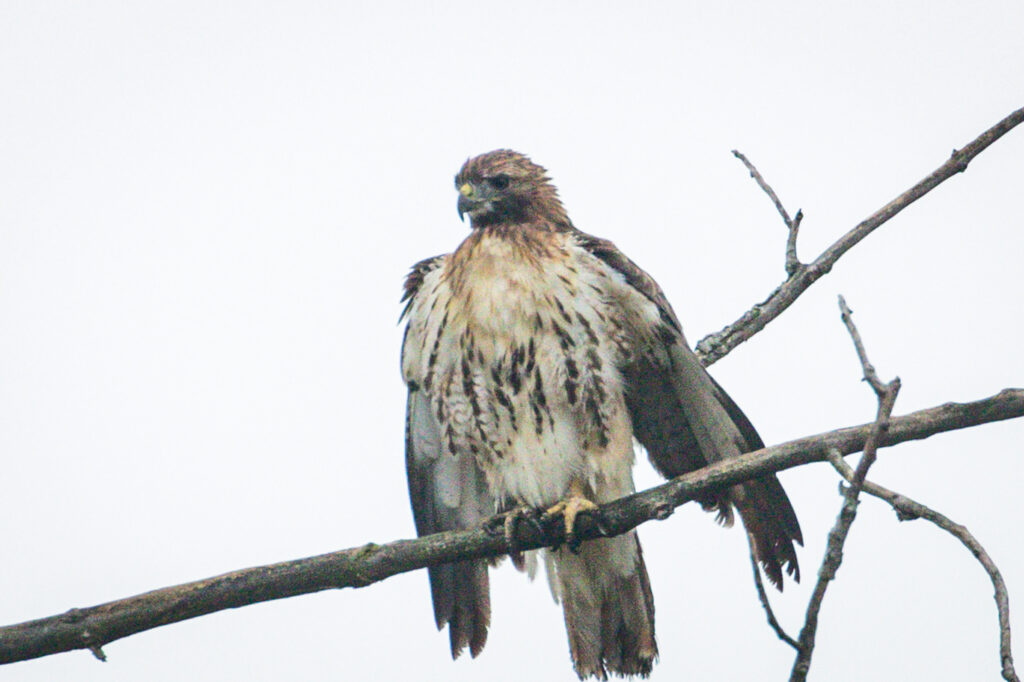 As we were making our way around the outskirts of the lake we were surrounded by a small flock of Song Sparrows.  No longer in breeding mode we didn’t hear a peep from these usually vocal birds. 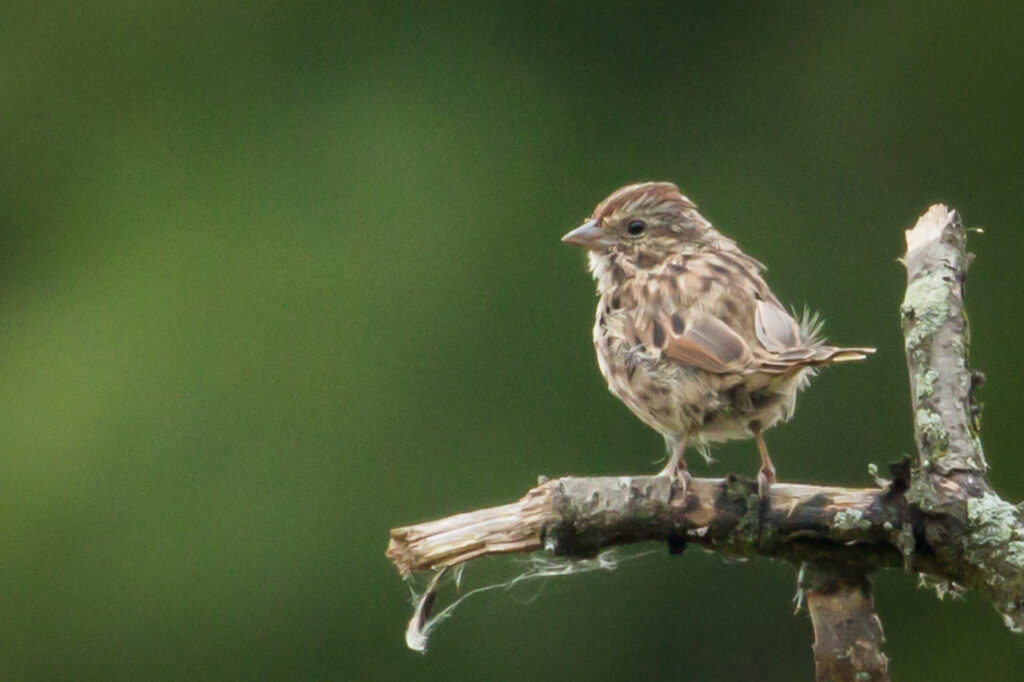 A little farther down the path we spotted two thrush and a catbird in a bush overhanging the trail.  The Catbird was most cooperative. 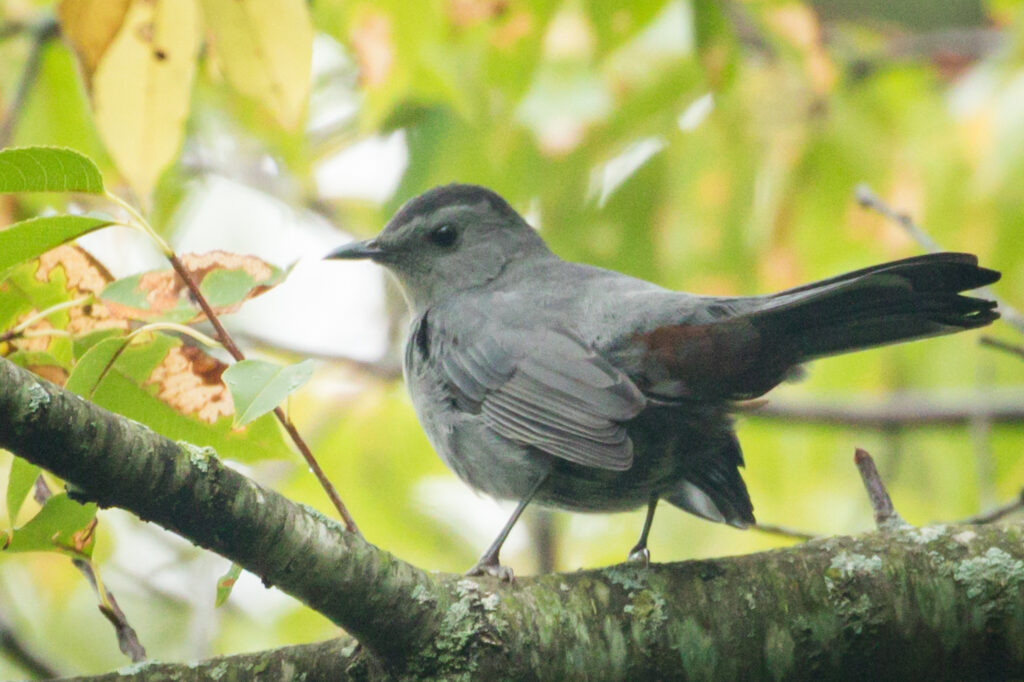 As we walked down the boardwalk toward the floating dock (which no longer floats because the water level is so low) Karen spotted our most interesting bird the day – an immature Black-crowned Night-Heron perched in a dead tree.  As we observed the Night-heron someone noticed that there was a Great Blue Heron in the same tree! 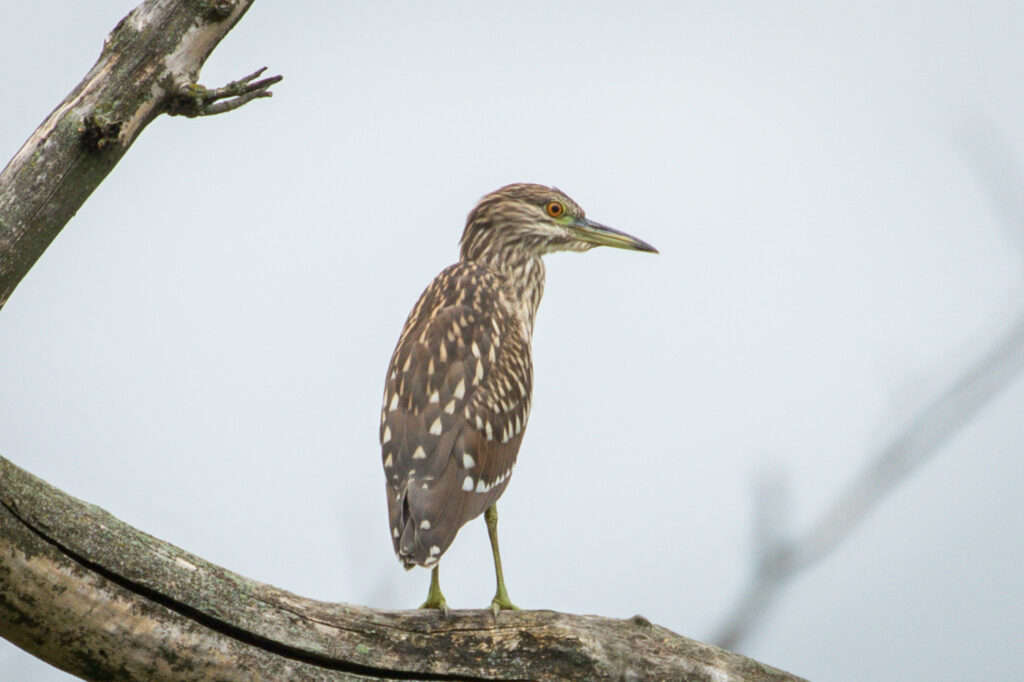 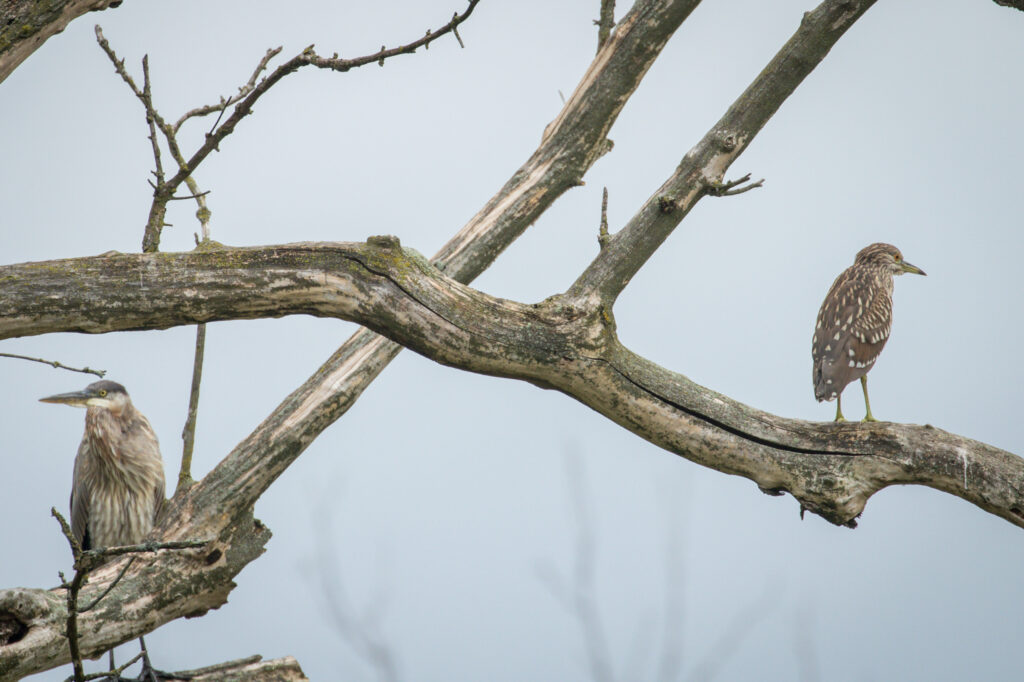 Even though there was plenty of mudflats surrounding the lake (low water level) we only saw a couple of shorebirds foraging there.  A Solitary Sandpiper (showing its white eye-ring) was close to us on the mud and I caught it when it stopped to preen. 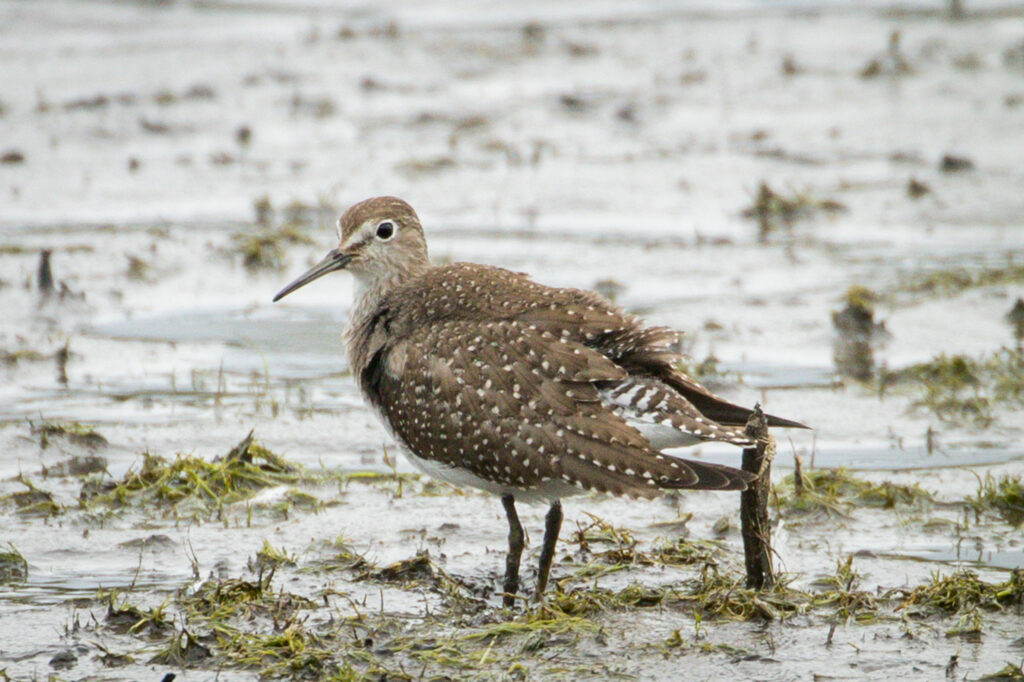 After watching all the Egrets and Herons from the dock we turned around toward the trail only to find four Ruby-throated Hummingbirds chasing each other in the scrubs.  The females would return to the same area to perch after feeding (and chasing off the other hummers in the vicinity). 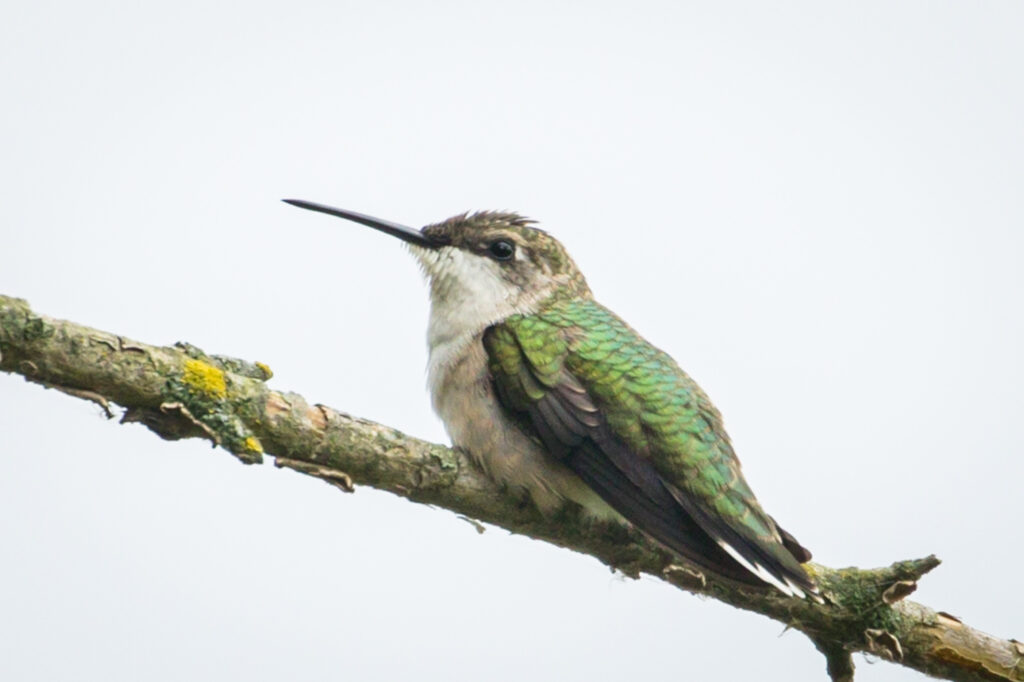 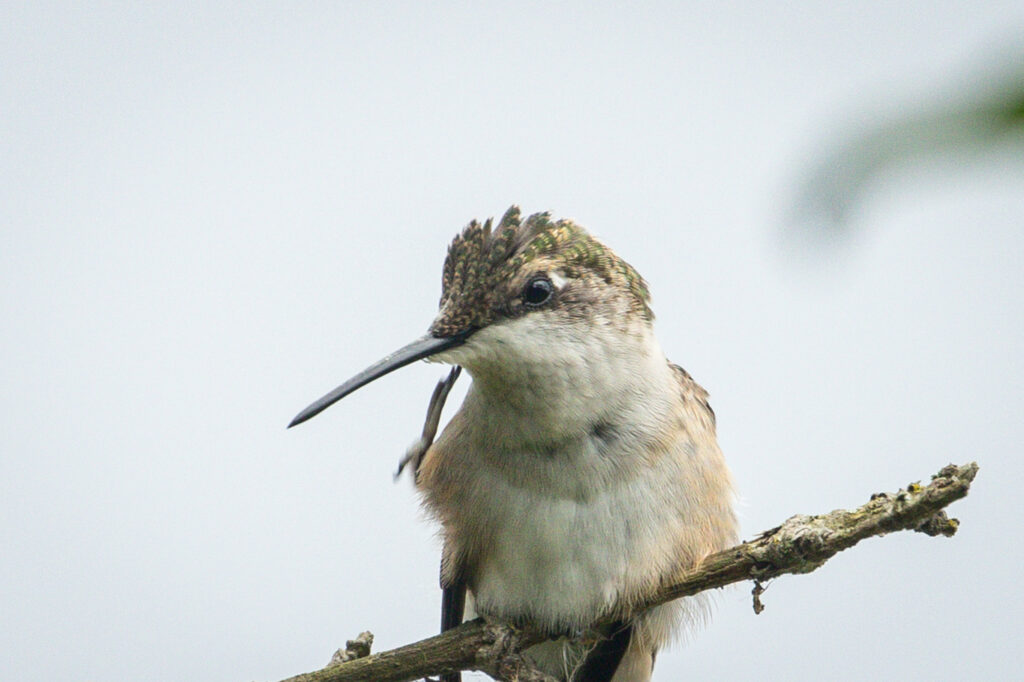 Lyman is one of our favorite places to bird.  What’s yours?

If you would like to learn more about GreatBirdPics.com CLICK HERE. Members can post their own Great Bird Pics, create their own online gallery, and receive regular emails about bird photography.