The Probing Beak of a Wilson’s Snipe

When I was a kid I went on campouts with the Boy Scouts.  One of the favorite nighttime activities was to take the Tenderfoots on a Snipe Hunt. We’d lead them out into the woods and give them bags and tell them to go to the other side of the clearing and we would flush the snipe toward them.  Their job was to bag a snipe (I actually wonder if originally the “Snipe” were Woodcocks, which are active at dusk).   Then we’d run away, leaving them out there.  Great Fun!  To tell the truth, back then I thought a snipe was a make-believe animal.  After I saw my first Wilson’s Snipe I’ve been enamored with them ever since.

A week ago we were over at Whalon Marsh and saw two Wilson Snipe using our scope.  Too far for a pic.  A couple of days ago we went back there and sure enough there was one in the mud flats.  We found a way to get over there and I cautiously walked on the berm to get a couple of shots.  Most other birds would have flow at my approach but this one just kept on foraging for food.  Here’s a couple of shots of the Wilson’s Snipe: 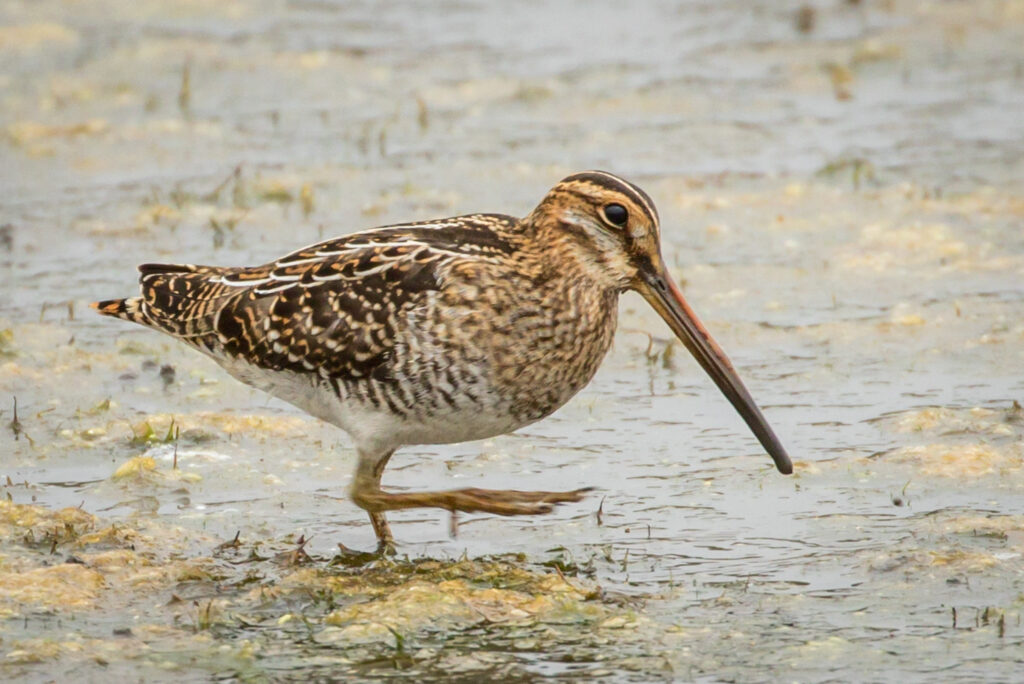 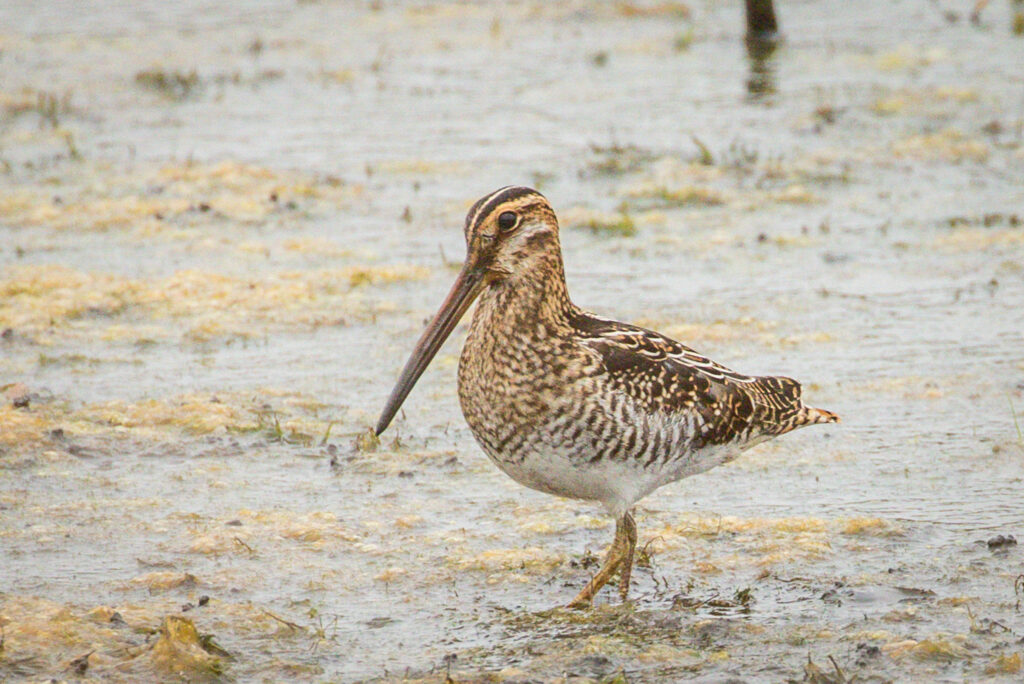 Obviously the most prominent feature of this interesting bird is the loooooong beak.  It’s almost half as long as the entire body.  It uses that long beak to probe for bugs buried in the mud.  Here’s a series of shots showing how far it can insert its beak: 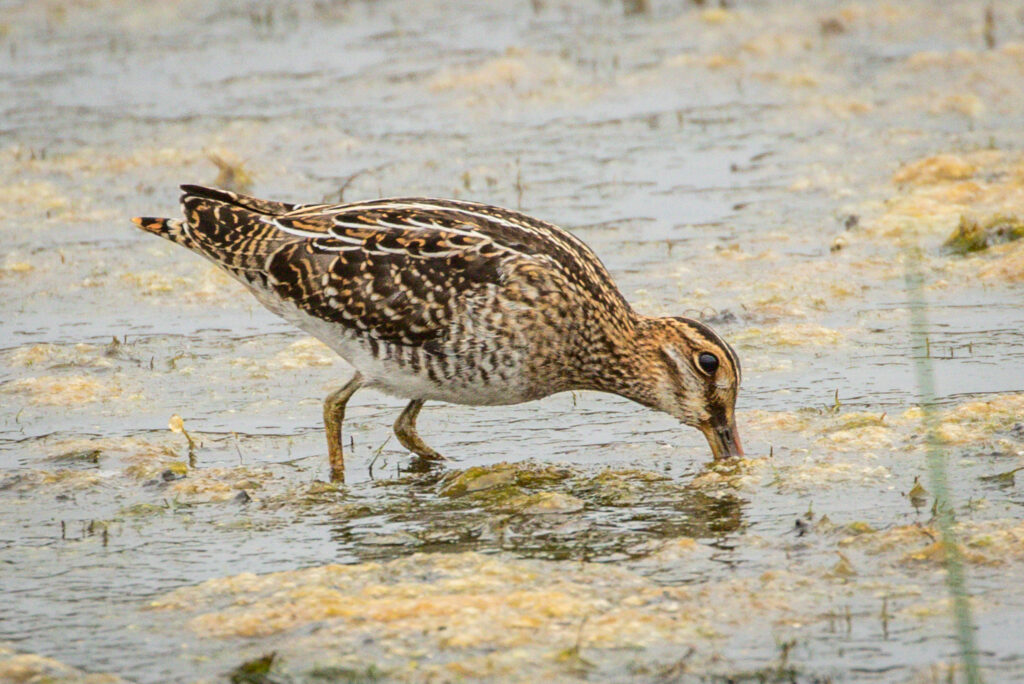 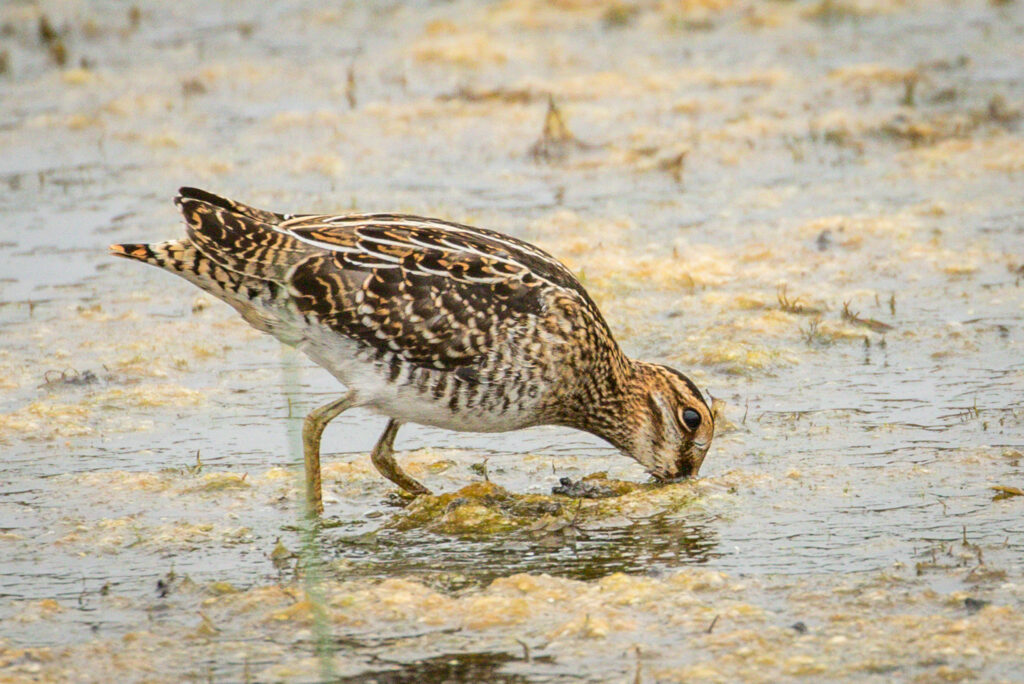 That’s right – it goes all the way down to its eyeballs!  Like a little sewing machine’s needle going up and down into the muck.  Was it successful?  After many attempts it came up with a bug to eat: 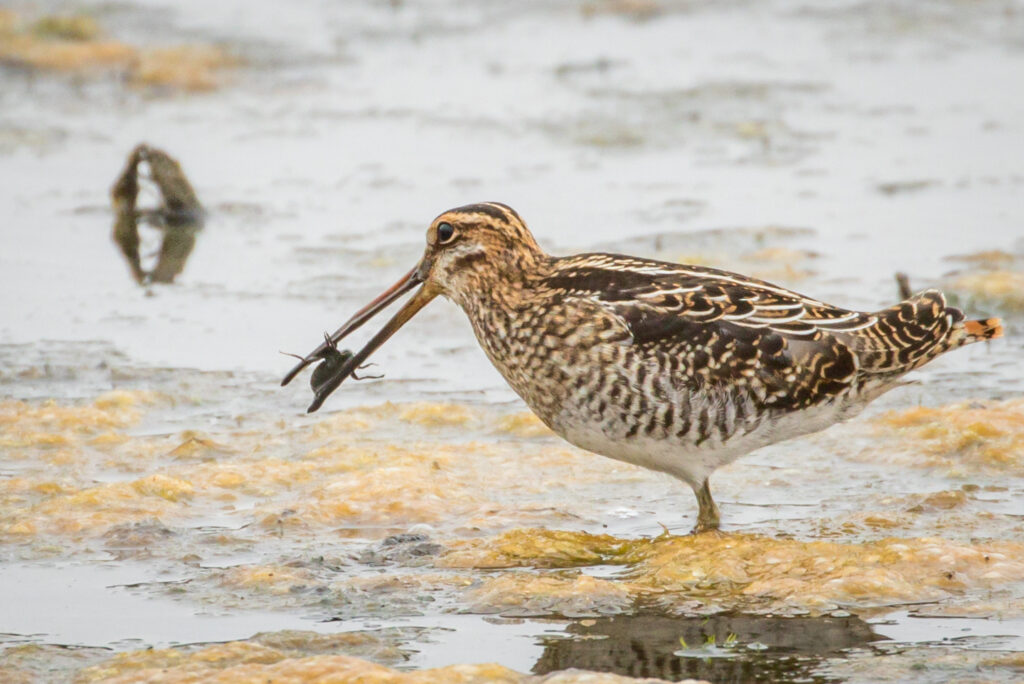 So the next time a Boy Scout wants to take you on a Snipe Hunt, say, “Sure.”  Just do it in the daytime. And make sure that scout doesn’t run off giggling.