Misidentifying Birds – Can You Pass This Pop Quiz?

Yesterday birding buddy Mark and I set out to a new spot about 40 minutes south of us.  Goose Lake Prairie State Natural Area is a large state-managed park devoted to preserving what is left of Illinois’ prairie.  At one time there were over 22 million acres of pristine prairie in Illinois; now about 2,500 acres remain.  We went there because legendary birder Al Stokie had been there recently and found a White Ibis and Glossy Ibis (both rare – no we didn’t find them).

As we drove in toward the Visitors Center we pulled off because a lot of birds were flitting around the few trees along the road.  In short order we observed 15 species of birds.  I was snapping away at them and after I got home I found out that we had misidentified a couple of them.  See how you do on the pictures below.

There were a lot of Goldfinches flying around the area we were observing so when this one landed near me I just thought it was one of those Goldfinch. When I saw it on the computer at I home I wasn’t so sure so I took a picture of the screen and had the Merlin App analyze it.  What do you think it said (see below)? 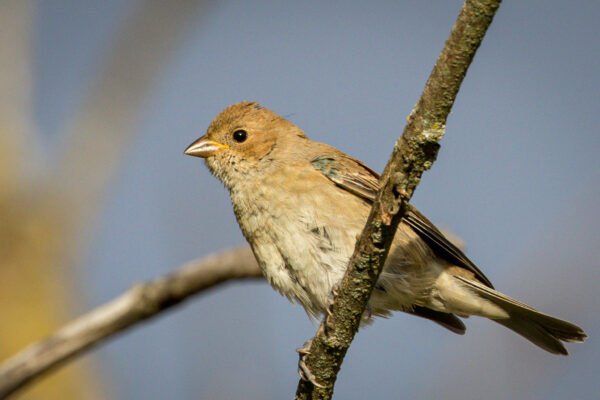 The next one I’m still not sure about – we thought it was a Scarlet Tanager.  Merlin disagreed. 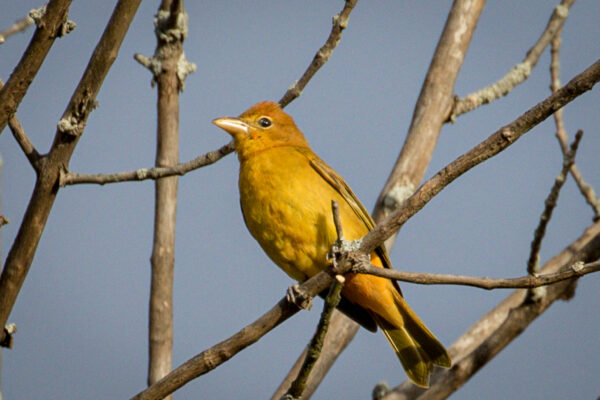 We pressed on to a small pond where Al had seen the Ibis.  Right next to us were a couple of shorebirds.  They weren’t Yellowlegs and for some reason I thought they were Stilt Sandpipers.  I think Merlin was right – what’s your guess? 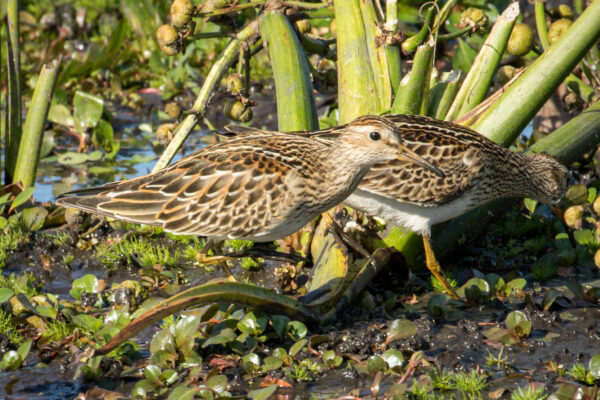 Finally, the couple of ducks on the pond were not Mallards.  I thought they were American Black Ducks.  I should have known better as Karen and I saw these exact same birds a couple of days previously.  What do you think? 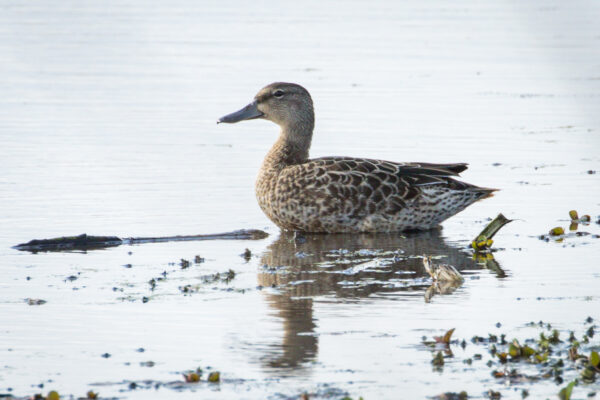 Somehow when I got into a completely new environment I had difficulty identifying birds that should have been obvious.  How did you do?  Here’s what Merlin came back with:

Indigo Bunting – The females are very plain like this one.  There is a tiny blue dot on the shoulder.

Pectoral Sandpiper – For some reason I never really took a close look at these as they foraged on the ground.  Note the fine streaking coming down from the throat and then abruptly ending low on the breast?  That is a classic discriminator for the Pectoral Sandpiper.

Blue-winged Teal – The black bill and the smudge of white behind the bill are the two main points of reference here.  Also the lighter butt.  If it is a male that white smudge will turn into the typical white crest across the front of the face.

Well how did you do?  Hope you got 100% right.  I sure didn’t, but that’s birding.  I get a little better at IDing birds every time I go out.  Speaking of getting out, I hope you do this weekend.  Happy Birding!