While in Florida recently we saw many Anhingas.  These birds are similar to the Double-crested Cormorants we often see in the midwest but are more common than cormorants in Florida.  Like cormorants, the Anhinga’s feathers are not coated with a water-resistant oil to make them buoyant in water.  So even though Anhingas live most of their lives in and around freshwater and feed on fish and water vegetation, they cannot stay in water indefinitely.  After being in the water awhile the Anhinga’s feathers become waterlogged and the birds could actually sink if they didn’t regularly dry themselves out.  Here is a typical Anhinga pose as it spreads its wings in the sun, drying out: 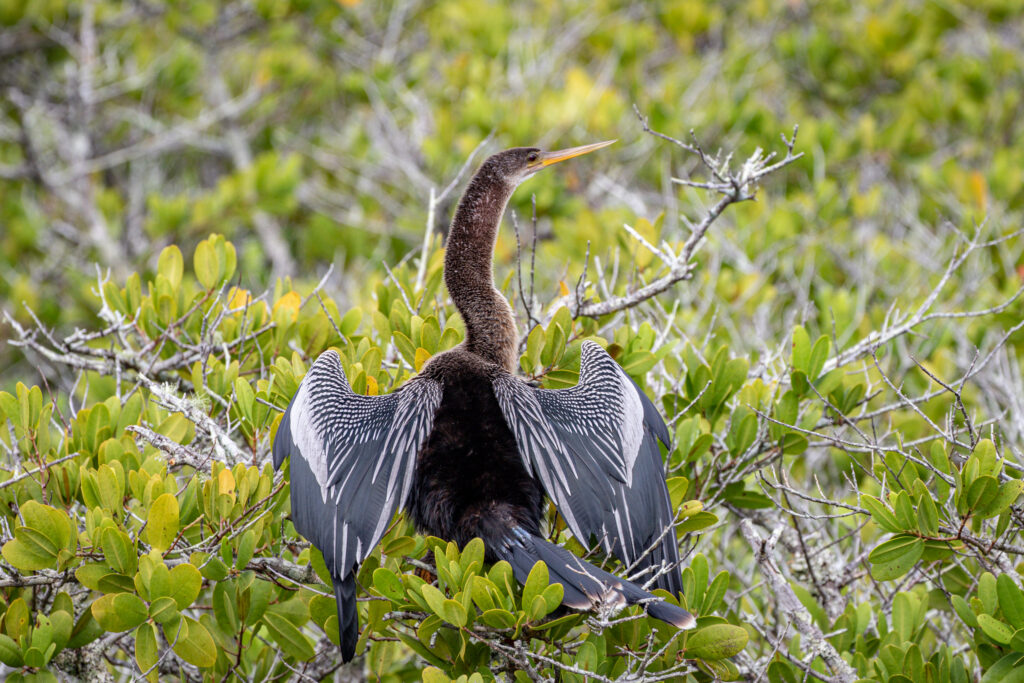 Although they look similar, the Anhinga and cormorant hunt for prey in quite different ways.  The bill of a cormorant is hooked so it snags small fish on the hook.  Look at the picture of the Anhinga above and you’ll see a needle-like point on the bill.  The Anhinga uses this to stab at and pierce fish as they swim by.  As we were driving on the Black Point Drive on Merritt Island I spotted an Anhinga with a huge fish stuck on its bill just getting out of the water onto a branch.  Here you see the Anhinga perched with the fish: 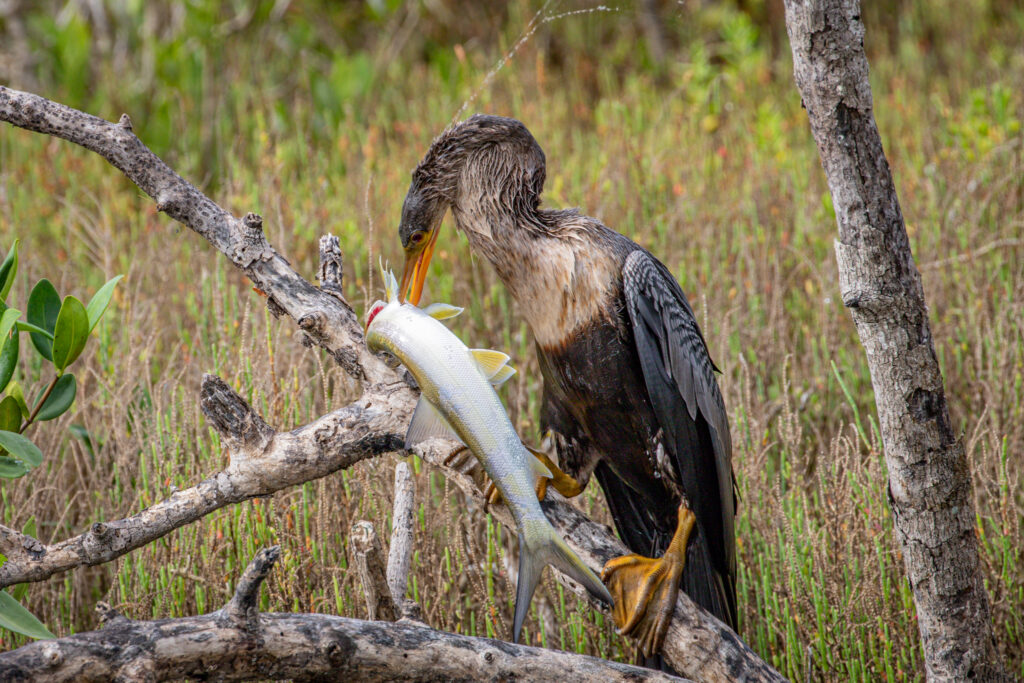 Get a load of the size of that fish!  When the Anhinga first brought the fish out of the water it was still flopping around trying to get away.  The Anhinga kept a firm grip on the fish and patiently waited for the fish to stop moving.  Soon the Anhinga got excited about the size of its meal and flapped its wings in its anticipation of a meal: 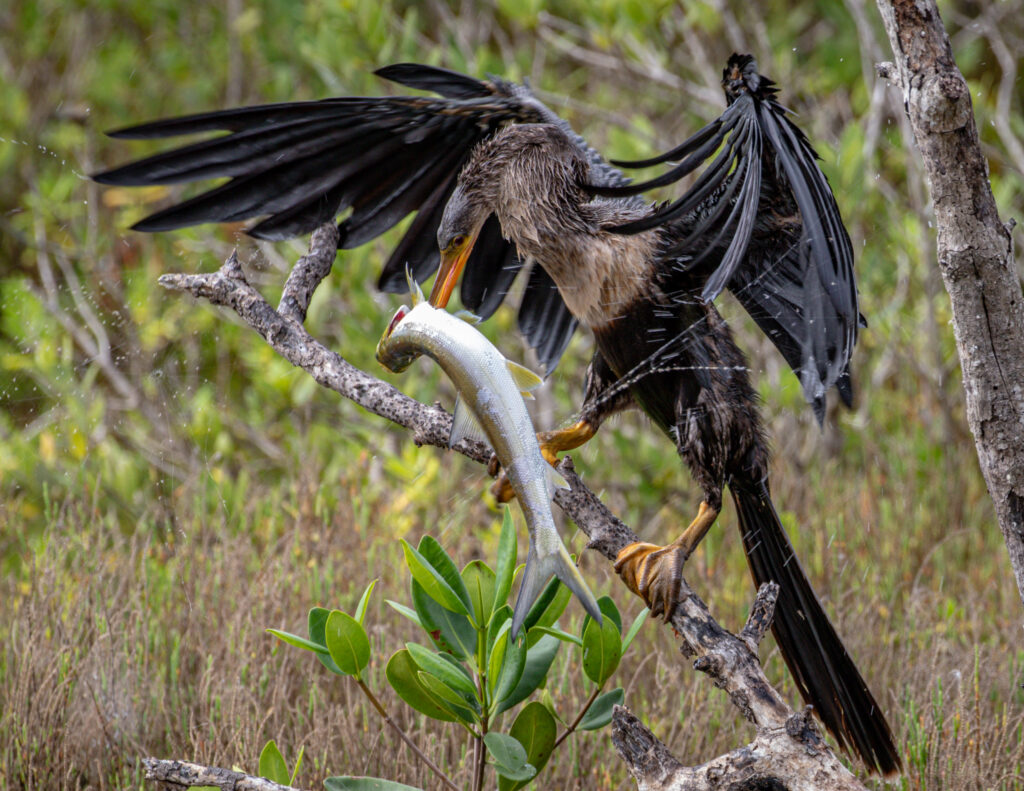 Anhinga eat the fish they catch by tossing it up in the air, then catches the fish on the way down in their open beak, then swallows the fish whole.  So what did I do after taking the previous picture? Did I stay for the toss and grab?  No.  By now four cars were backed up behind me on the one-lane road.  I was concerned about blocking them and moved on.  Now a real bird photographer would have gotten that last shot of the bird throwing that big fish up into the sky and gulping it down.  I should have made the other cars wait – but I didn’t.  Therefore I didn’t get the “money” shot.  Lesson learned: if you want a GreatBirdPics you have to commit to getting the shot even it blocks the road for a few more minutes.  A week later and I’m still kicking myself for not getting that shot.

Well hope you get the shot (and post it here).  Happy Birding!

PS – If you found this page and aren’t a member, you can learn more about GreatBirdPics.com HERE.