The QSAR’s second Image Characteristic is Content.  Technical Quality is the most important Image Characteristic and Content is the second most important because it defines what the what the viewer sees and what they focus on in the photograph.   Content includes five Components – Cropping, Composition, Head Position, Body Visibility, and Environment.  Each is further refined by 3 to 4 Levels of Quality.  In this section we define and illustrate the Cropping Component.

Post-processing cropping removes space around the bird – as a result the bird is enlarged.  I rarely get close enough to a bird so that the space it occupies within the frame is big enough.  When cropping I usually adjust the relative position of the bird to the other elements in the image, which we’ll discuss later in the Composition Component.  Let’s go through each Level of Quality for Cropping with some example pics and see which of the Four Types of Bird Photograph each result in.

I crop 99.9% of my bird pictures.  If I didn’t the birds would look too small.  Below is a picture of a Ruby-throated Hummingbird which looks pretty good but it is too small within the frame: the bird gets lost among the leaves!  A Good Bird Photo. 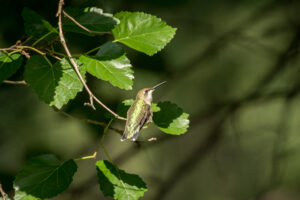 On the other extreme, cropping too much takes away from the image.  I like to leave some space between the edge of the frame and the parts of the bird.  This lets the viewer focus in on the bird easily.  Here’s our same Hummer with a crop that gives too little space above the head or beneath the tail. 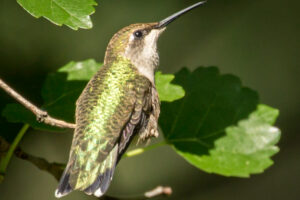 Here’s an extreme crop example – Birding Buddy Jayne told us about a rare (for our area) White-faced Ibis.  The bird was about 200 yards away and even with my zoom lens fully extended (400mm) the bird was very small (right in the center of the first image).  Below the uncropped version is my final cropped image.  Note that by applying the extreme crop a lot of detail is lost.  In these cases even if the bird the right size within the frame, the loss of detail greatly reduces the quality of the photograph. 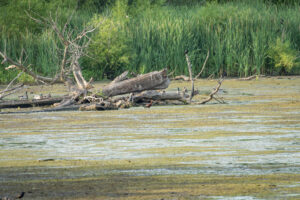 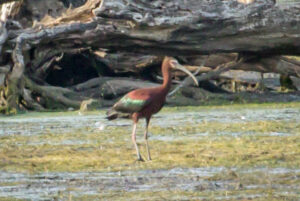 One of my pet peeves about some bird photographs is when parts of the bird are inadvertently cut off during cropping.  It’s usually the tail or the feet that get chopped off and it makes the image look incomplete.  When this happens the image’s quality would result in a Documenting Shot or Good Bird Photo.

The image below wasn’t cropped very well.  The bird is too small in the frame – and the tail is cut off.  A Documenting Shot at best.

Look at the two Wood Duck photographs below.  Both come from the same image but cropped a little differently.  In the first one the tail and the head of the reflection were inadvertently cut off.  The second is cropped so that both of these elements are within the frame.  The first one is a Good Bird Photo and the second one is a GreatBirdPic.  A tiny change, but a careless crop affected the quality of the photograph. 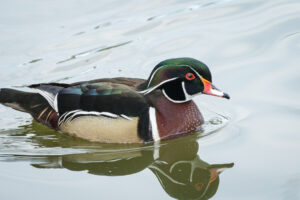 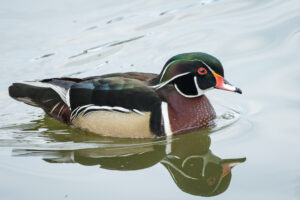 As this Level of Quality indicates, the inadvertent crop reduces the final quality of a photograph.  After cropping always check that the entire bird is within the frame and there is some space between the edge and bird.

The other side of that coin is that a photographer may intentionally decide to crop out part of the bird – this intentional act is done to improve the final outcome.  Perhaps the tail is partially obscured and doesn’t add to the overall image, or the photographer wants a closeup and carefully chooses how much to include in the frame.

Here are another couple of Wood Duck pics.  The first one includes the entire bird and is a pretty good photograph – a GreatBirdPic. 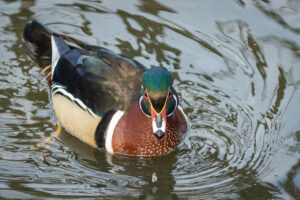 However after studying it I decided to crop it down to just the head.  There are a lot of colors there, the eyes pop out more, and the crop wasn’t so extreme that I lost much detail.  I think the outcome is better – perhaps not an Award Worthy pic, but more interesting than the original. 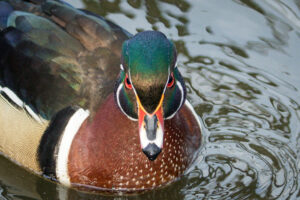 Emil Baumbach is one of the best bird photographers on GreatBirdPics.com – many of his pics are Award Worthy.  Below is his picture of a Cooper’s Hawk and the bottom of the tail is cropped out.  As you can see there is some foliage obscuring the tail so he may have decided to leave it out.  A good choice as the resulting image is nicely balanced and framed by the reddish limbs. 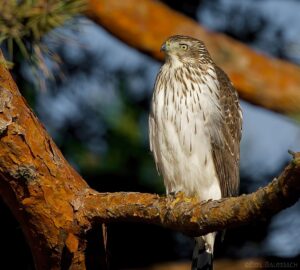 The space the bird occupies is in balance with the rest of the image = Documenting Shot, Good Bird Photo or GreatBirdPic

Cropping during post-processing not only enlarges the size of the bird but it also allows the photographer to strategically position the bird within the cropped frame.  As already seen above even after cropping, the bird still could be too small or too large for the frame – we want the size of the bird to be “just right”.   After cropping, step back and look at what the new frame includes; the bird is in there of course, but other elements may also be vying for the viewer’s attention.  Slight cropping adjustments can help bring the viewer’s focus to the bird and away from those other elements.

As been previously mentioned, even when you crop your image appropriately the final quality of your picture depends on other Components such as Focus, Exposure, and Lighting.

Here is an appropriately cropped photograph of a Black-crowned Night-Heron, but the bird is so obscured by the foliage the quality is no better than Documenting Shot. 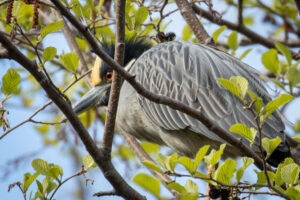 The Fox Sparrow’s size below is about right and the head is in focus but the lower half of its body is obscured.  This would fall in the Bird Photo category. 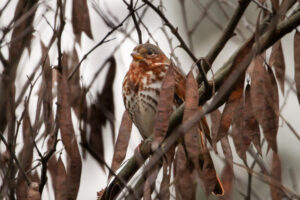 Returning to our Ruby-throated Hummingbird from above, here is a crop that is “just right”.   A GreatBirdPic if I ever saw one. 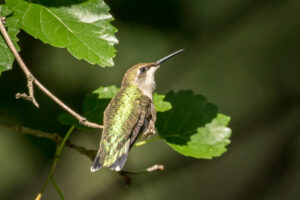 When an Award Worthy bird photograph is being cropped, the photographer takes more than just the bird into account.  They look at the entire scene and decide what should and should not be included in the final frame.  Sometimes it’s just omitting the tip of a nearby leaf or the inclusion of a ripple in the water helps elevate the quality of the final product.

You know I love reflections, so when I was working on this next pic I could have cropped it down to just the Greater Yellowlegs but by expanding my view beyond the bird I was able to envision an Award Worthy photograph. 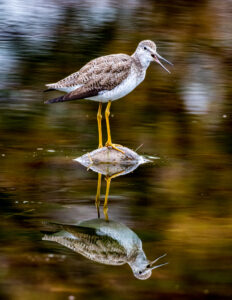 A final example of the power of cropping.  It would have been easy to crop this next picture down to just the Common Yellowthroat – there’s lots of detail and color as it perches between the two stalks.  A GreatBirdPic.  What the viewer doesn’t see are the yellow flowers atop the stalks.  By expanding the crop to include the flowers the bird does become smaller but the quality of the photograph increases to Award Worthy.  The larger frame helps tell the story of where the bird is and the flowers compliment the yellow in the bird. 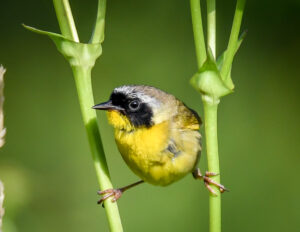 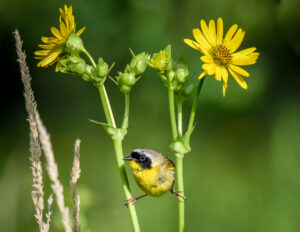 In conclusion, cropping is an art.  By including or excluding part of a photograph the quality of the final product can be degraded or elevated.  Our next QSAR Component is Composition, which goes hand-in-hand with Cropping.

If you would like to learn more about GreatBirdPics.com CLICK HERE.  Members can upload their GreatBirdPics, communicate with other members, and receive regular emails about bird photography.