Is it Unhealthy or Normal?

Last week I shared some pictures of White-winged Crossbills I had taken at Elmwood Cemetery and Mausoleum.  As you recall I first spotted one yellowish bird I thought was a Goldfinch at the top of a pine tree.  It dove down from the treetop toward the ground.  We tracked it to find a flock of 10 crossbills feeding in a small pine.  That yellowish bird turned out to be a crossbill; below are some  pictures of that yellowish bird. 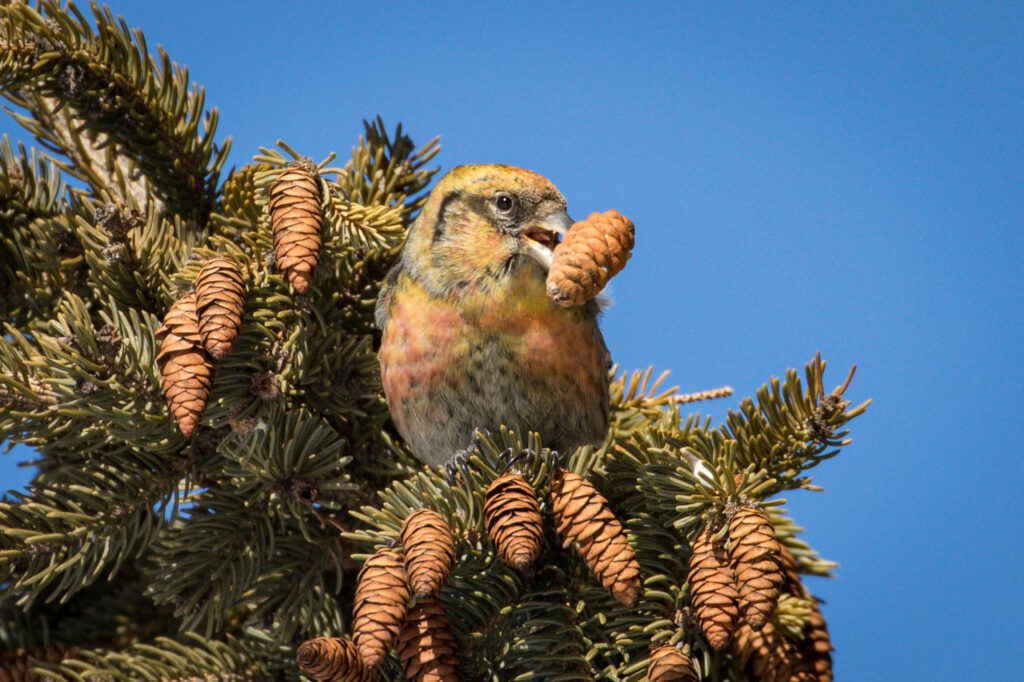 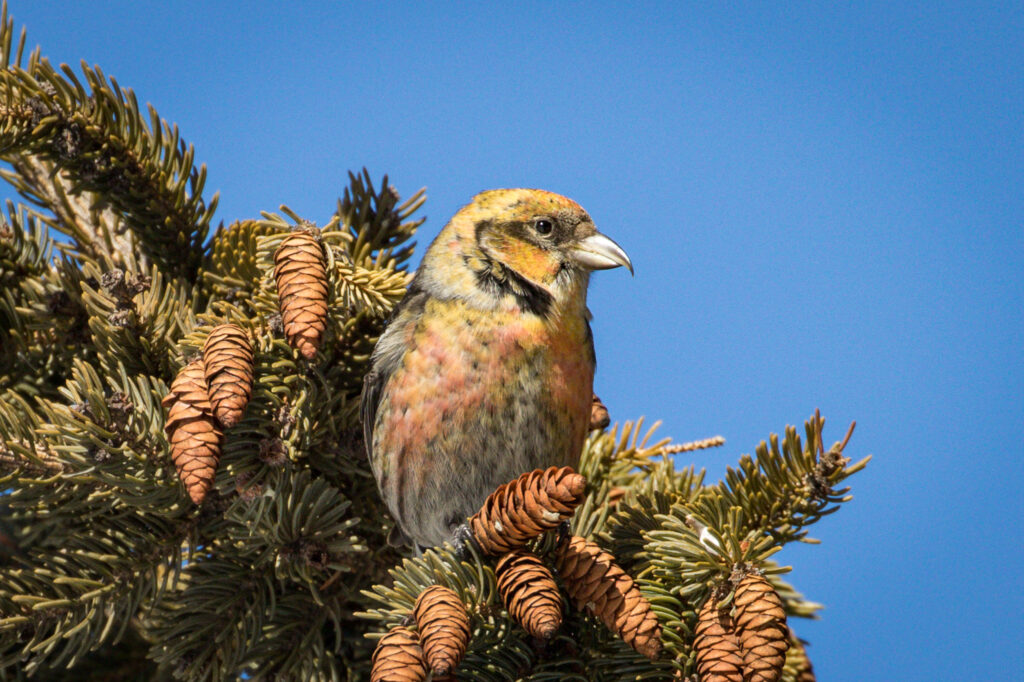 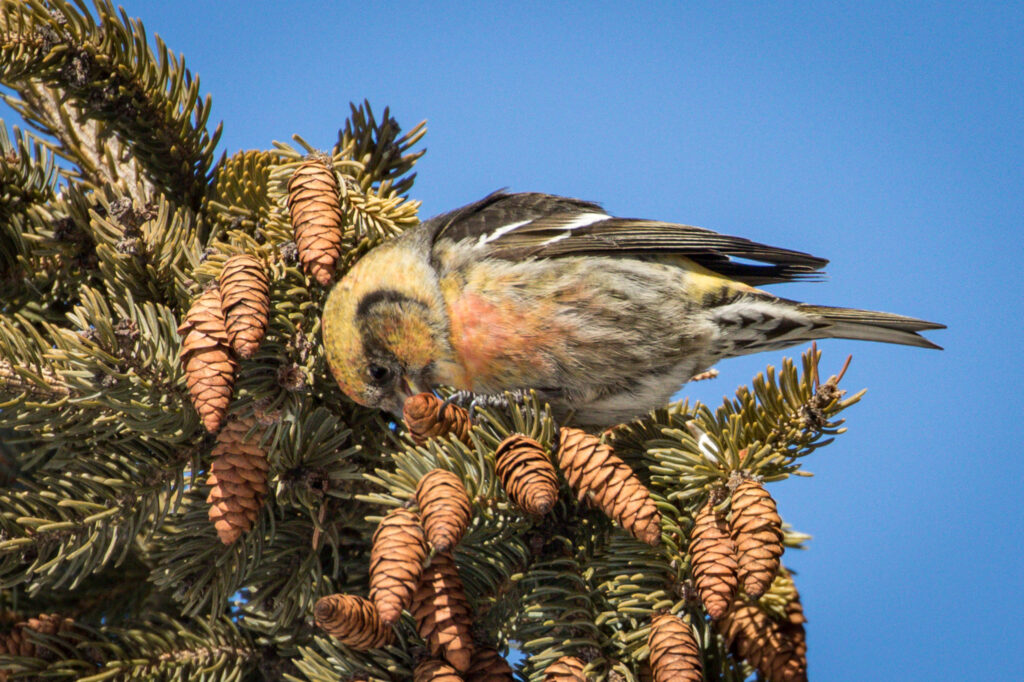 When I first identified this bird in eBird I put it down as an immature male.  As you can see it has some yellow, white and red blotches on it.  Sibley’s Field Guide show male White-winged Crossbills are yellowish as juveniles, so I assumed this bird was now in the process of molting into the red male.

A few days later I was attending a presentation by Dr. Goeffrey Hill, Professor and Curator of Birds at Auburn University.  His presentation was entitled, “The search for genes that underlie bird coloration.”  Professor Hill has spent the past ten years in search of the genetics that determine the coloration of birds.  During his fascinating presentation he focused on red birds that sometimes produce yellow individuals: the yellow Northern Cardinals which are occasionally found is a good example.  After his presentation I showed Dr. Hill the three above pictures to see if this was an example of one of those birds that are typically red but show up with yellow on it.  He immediately dismissed that theory, saying that this bird wasn’t healthy.  He went on to say it was likely that this bird was infected with a fungus as it molted, causing the change in coloration.  Dr. Hill speculated that the bird would not survive very long, probably not long enough to reproduce.  Or so he thought…

A day or two after posting these pictures on the GBP website esteemed member Emil Baumbach emailed me and said, no this bird probably didn’t have a fungus but was indeed an immature male.  Who was right?  I went to eBird’s Explore Species section and pugged in White-winged Crossbill/male/immature.  Up came hundreds of pictures taken from all over which displayed a wide variety of coloration, including several that looked just like my pics.  No, the strange mix of colors was not as a result of a disease but a normal part of the maturation process for the male birds of the species.  Why was Dr. Hill wrong?

Thanks to Emil for questioning Dr. Hills diagnosis and prompting me to look further.  The closer we look at birds the more variance we’ll see; we just have to be prepared to explain how the variance occurs.