Life Cycle of a Kelp Gull

Life Cycle of a Bird

The other day I shared Rebecca Bowater’s image of a Kelp Gull pecking through its shell.  Perhaps you noticed that our New Zealand Naturalist Rebecca actually submitted several pictures of Kelp Gulls (it’s called a Southern Black-backed Gull down there) – one from each stage of its life.  This gull is very rarely seen in the Northern Hemisphere, but is abundant below the equator; looking at a range map of the Kelp Gull the farther south you go, the more of them are seen.  The range map shows New Zealand has a particularly dense population of these large gulls.  Notable for identification purposes (for when you next travel to the Southern Hemisphere) are the all-black wings and back of the adults.  Thanks to Rebecca for giving us a good look at the phases of the Kelp Gull’s life.

First we have a picture of a Kelp Gull’s nest.  Rebecca says it is made of “rubbish and driftwood.” 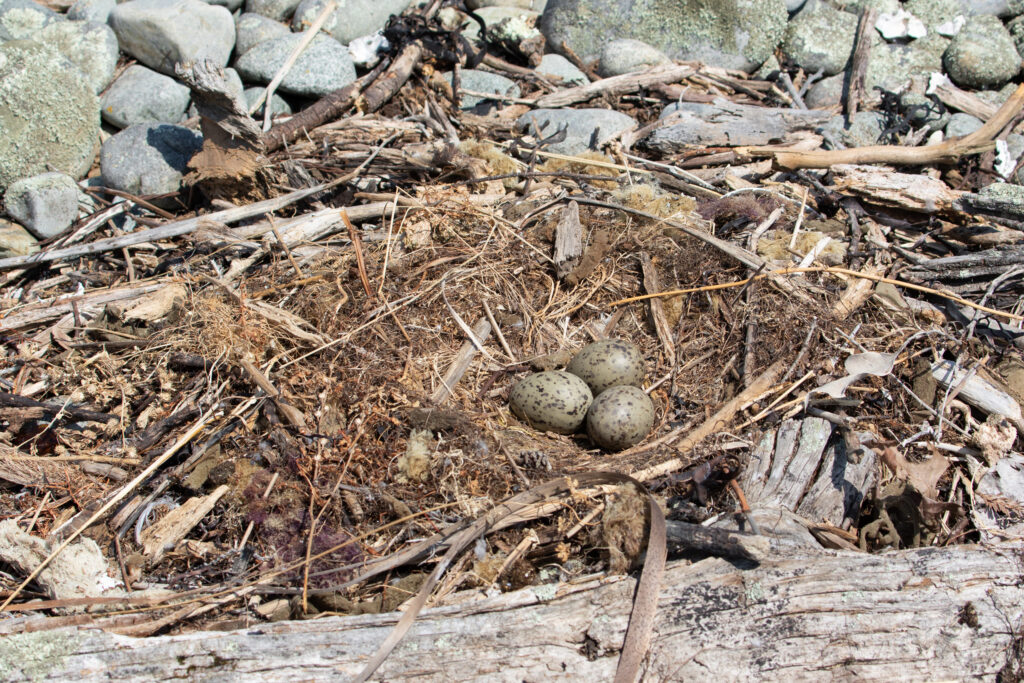 The bird just pecking through: 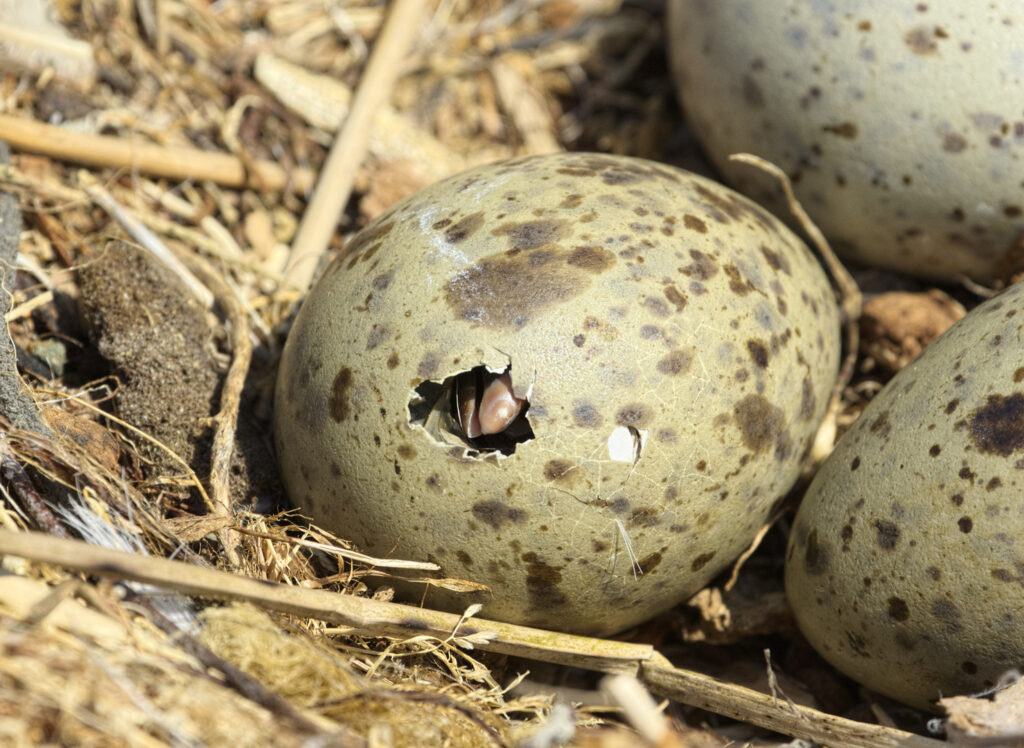 Next a pair of chicks standing on the shore. 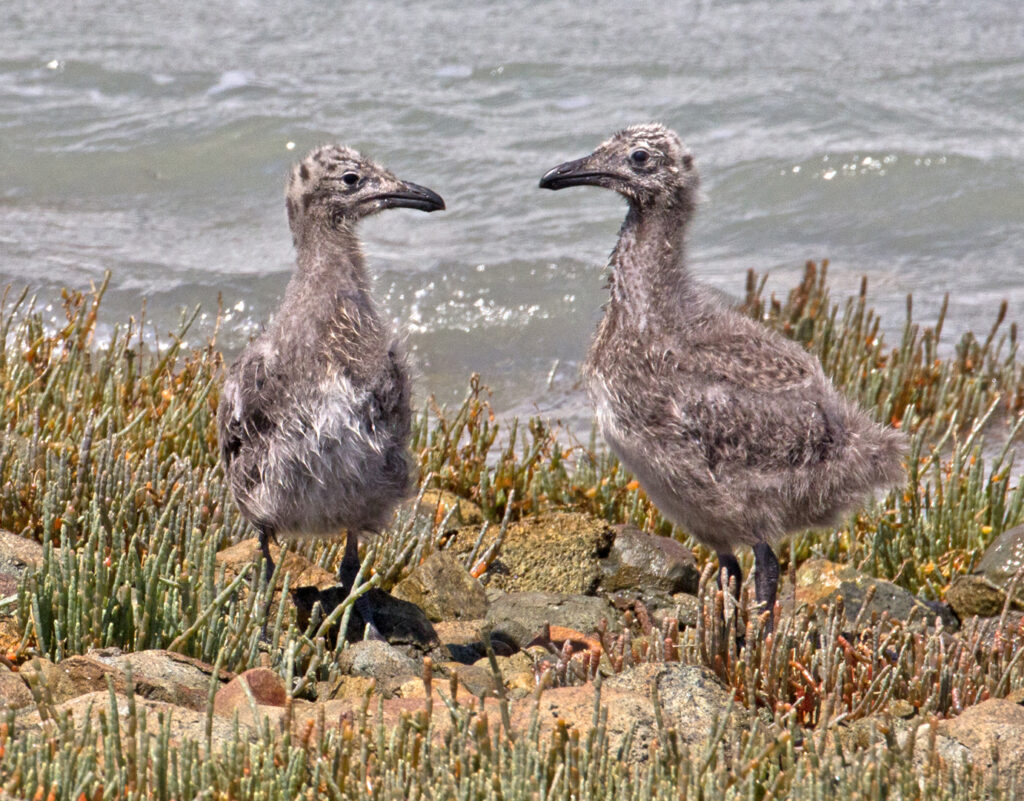 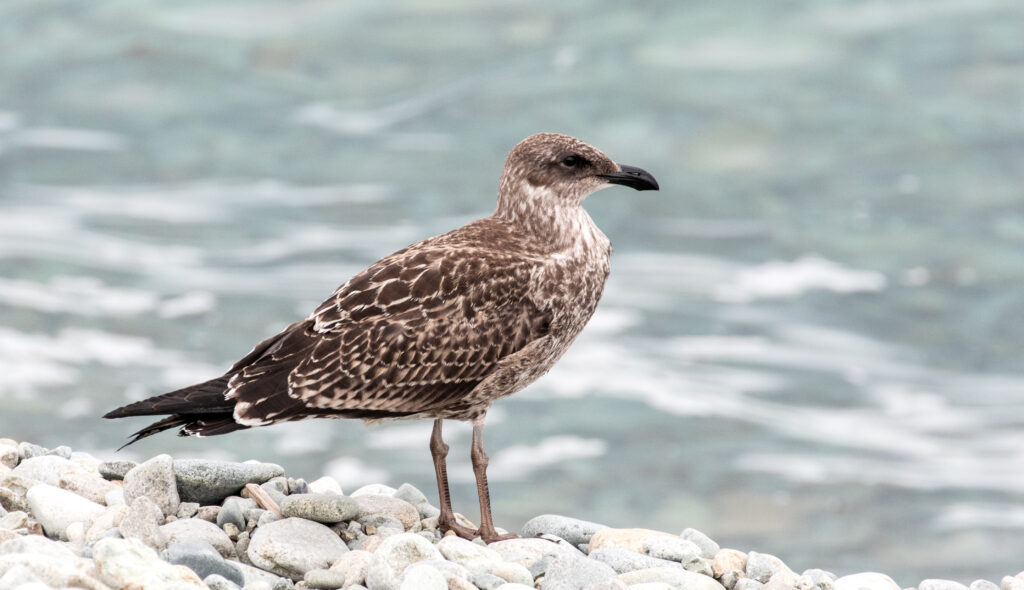 Finally, an adult in full flight.  Note that at first glance it has a red dot on the lower mandible, like many other species of gulls.  What separates the Kelp Gull is the black on the top of the wings. 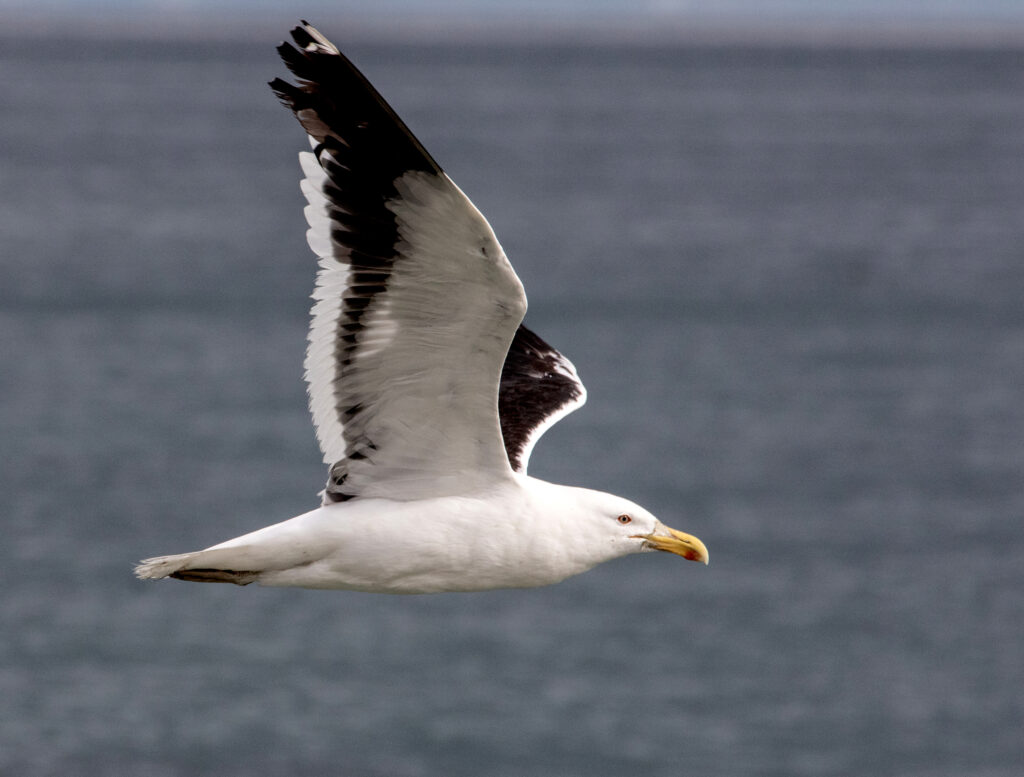 Thanks Rebecca for giving us a look at the life-cycle of the Kelp Gull!