Last week I shared several pictures of Snow Buntings we saw down at Montrose Beach.  After about an hour of viewing them Karen and I walked down the beach in search of other birds there – but I had to get just one more shot of those cute Snow Buntings! 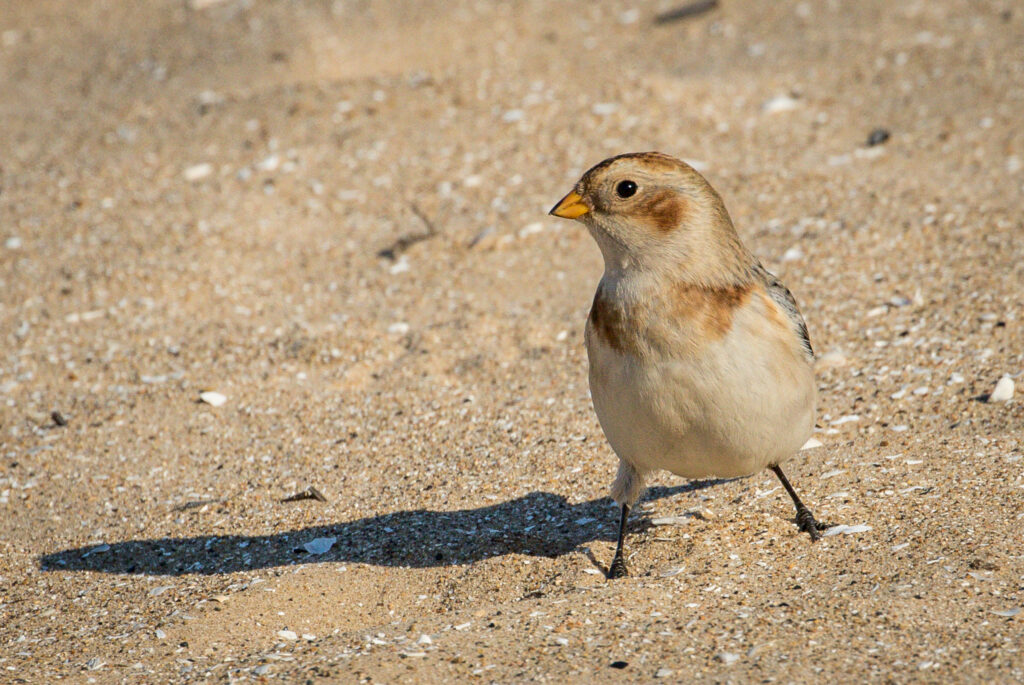 As we ambled down the beach there were five crows feeding on the carcass of a large dead fish on the shoreline.  Black birds, like crows, are very difficult to photograph because the camera sees a mass of black with little detail.  In order to get more detail I adjusted the Exposure Compensation (EC) to +1.  This tells the camera l overexpose the shot, allowing more light in; this additional light brings in details on the feathers (which would otherwise look like one big black blob). 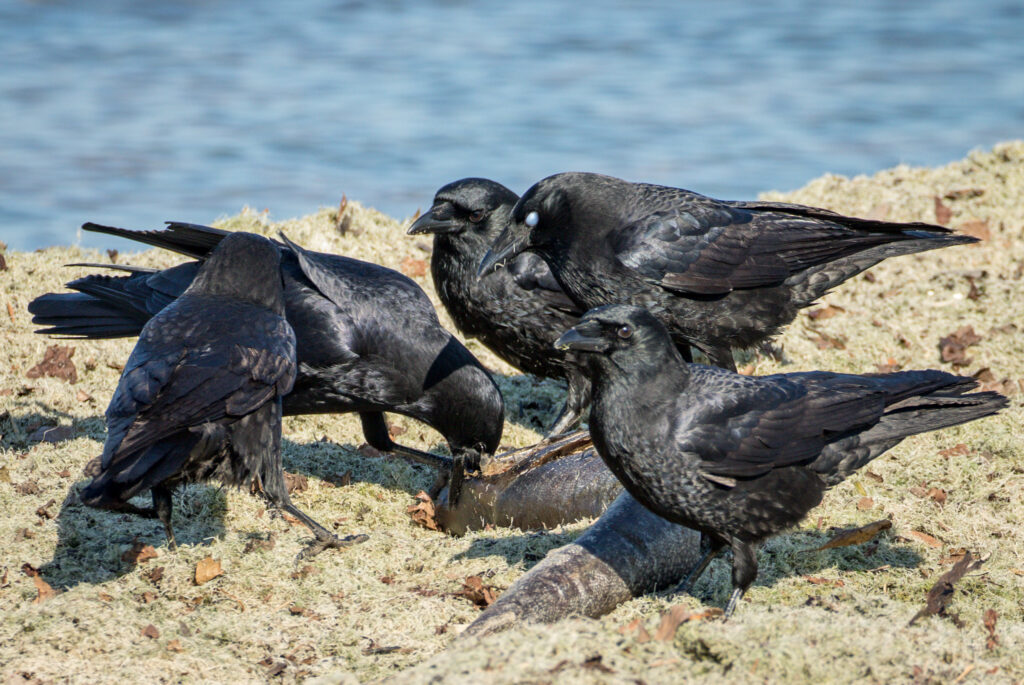 We then set off for the wooded part of Montrose to see what was hanging out in the trees.  During migration the woods are a great place to observe warblers and other migrants – they’re all gone now so the year-round residents don’t have to share their home anymore.  Cardinals abound in Montrose and this male was posed above the trail with lots of red berries behind it.  I decided to play with the camera’s aperture, which controls the depth of field.  On cameras, aperture is the width of the hole letting light through to the sensor and is measured in f-stops.  The larger the hole, the smaller the f-stop and the smaller the depth of field.  I wanted to see if I could get the berries behind the cardinal in focus so I set the f-stop to f14 (most shots I take are at f5.6). 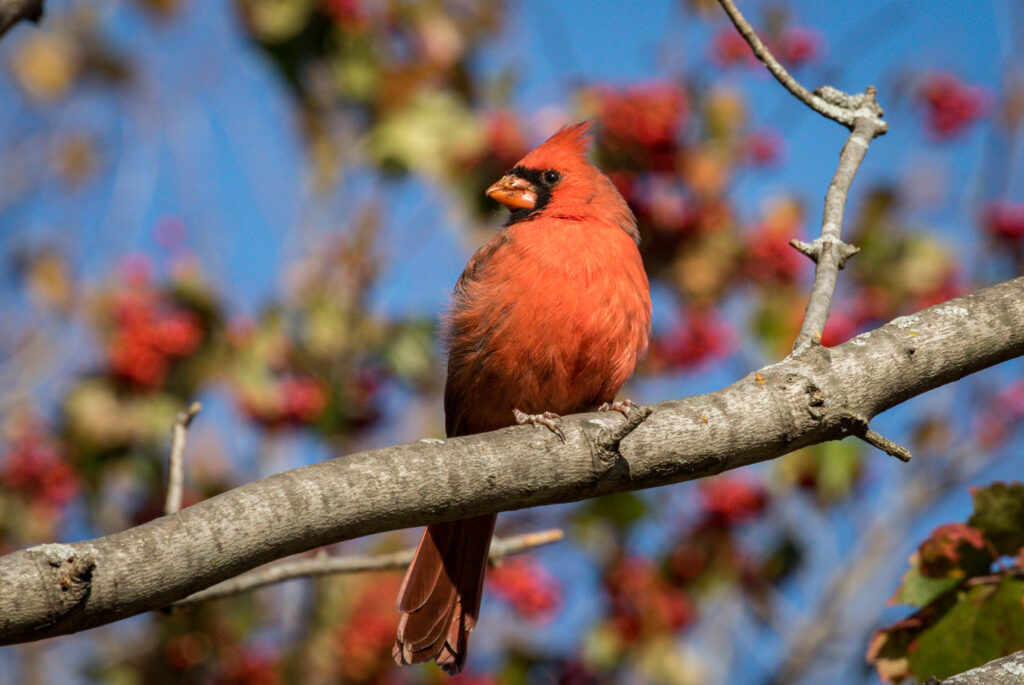 I then cranked the aperture up to f32 (smaller hole, wider depth of field).  Here you can see that the red berries are more defined but still not in focus.  The zoom lens on my camera tends to reduce depth of field so I don’t think any setting would get both the Cardinal and berries in focus. 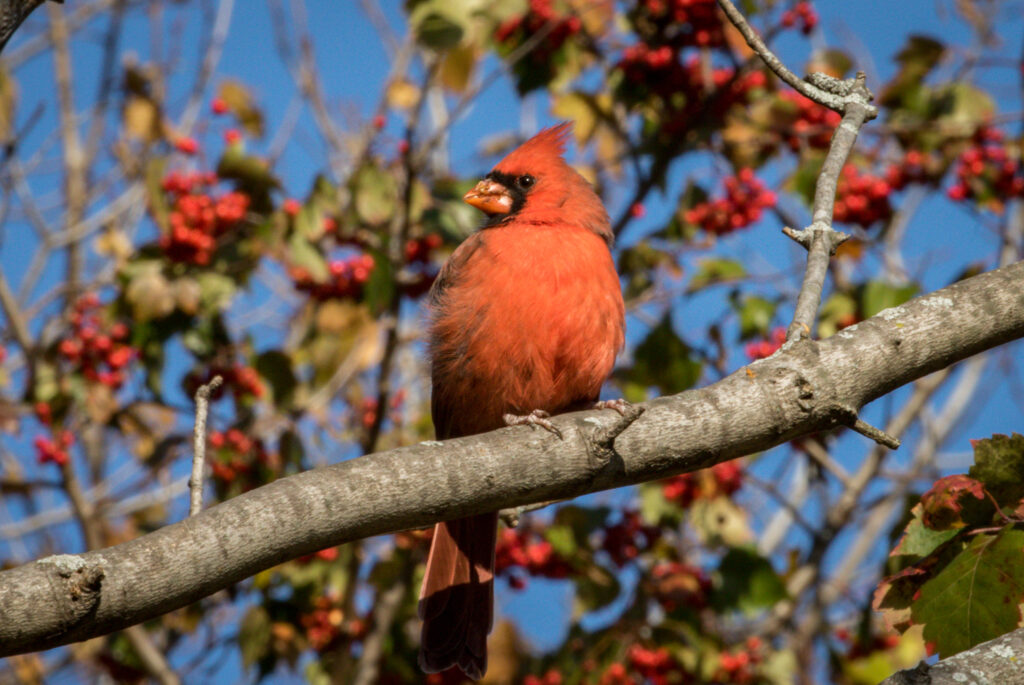 We always walk by the “water feature” in Montrose.  It’s surrounded by bushes in the middle of a field, where a stream of piped-in Lake Michigan water flows into a series of small pools.  I can’t figure out, with all of Lake Michigan just 200 yards away, why the birds come here for their water – perhaps the bushes provide some cover for them.  A small Black-capped Chickadee was bathing there as we arrived and I was able to get a couple of shots. 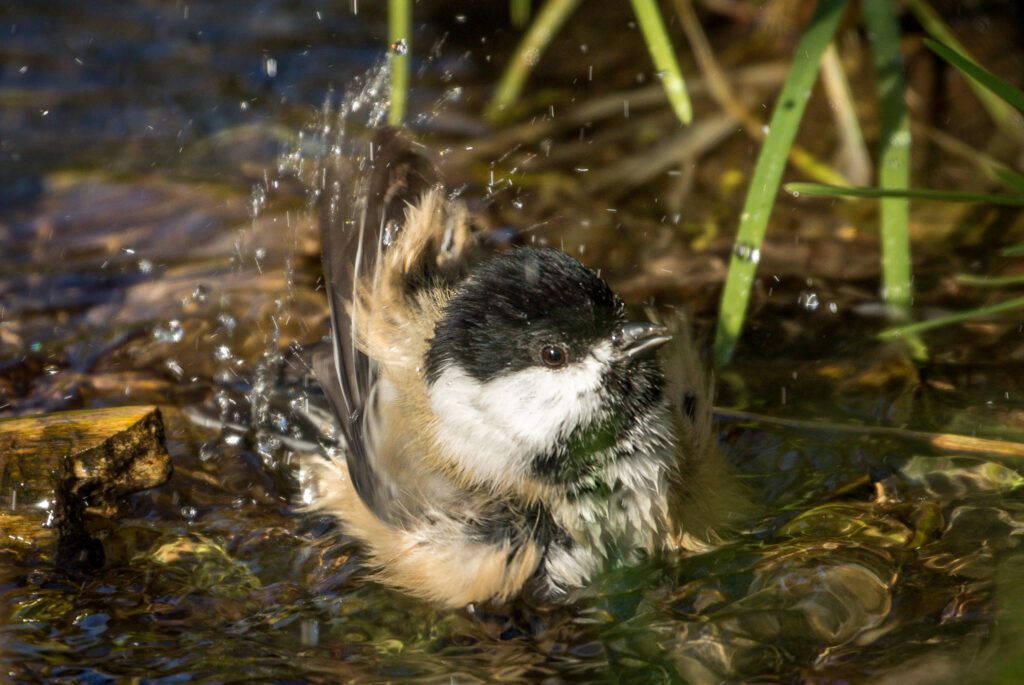 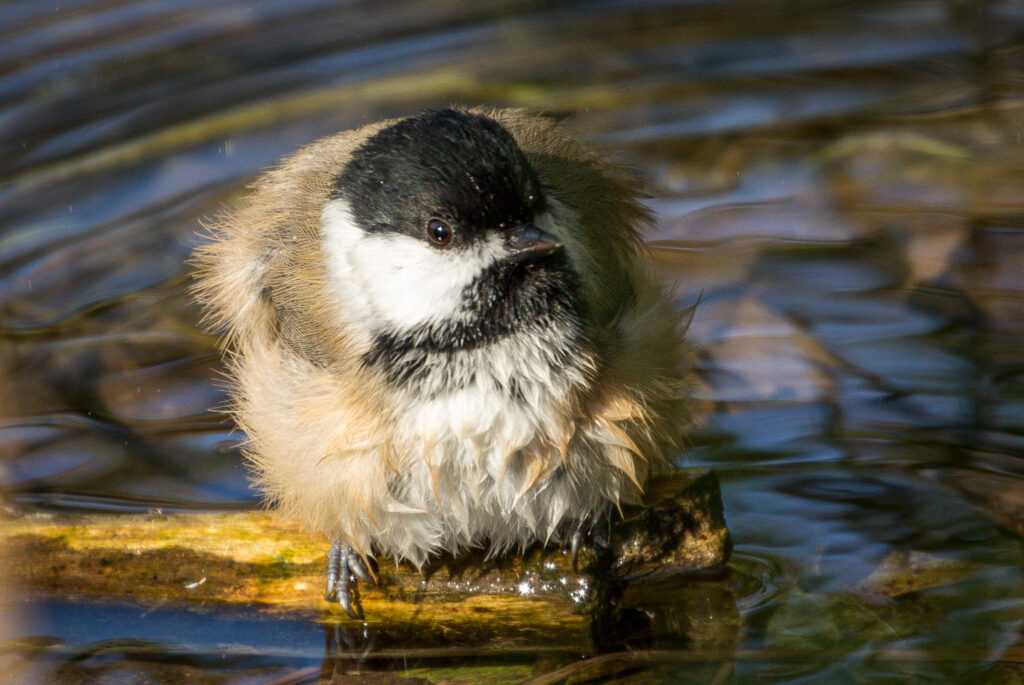 Montrose is one of my favorite birding spots and that day was no exception.  We’ll probably head back down there in another month or two to check out the harbor there – a variety of waterfowl migrate down in the winter and gather in the harbor as long as there is open water.

If you would like to learn more about GreatBirdPics.com Click Here.  Members can post their own Great Bird Pics, create an online gallery of their works, and receive regular emails about bird photography.