Not Found Around Here

As you might recall we were out in California a month ago – combination of birding, golfing, and wine tasting (our Big 3).  When we made plans to go I didn’t think too much about the birds we might see there, thinking there wouldn’t be too many we haven’t already seen here in the midwest.  Boy, was I wrong!

We picked up 25 (26 for Karen) Lifers, which was a pretty good number.  So yes, even though California is only 2,000 miles from Chicagoland it has many birds we’ve never seen.  I took a few pictures of them to share.

Our first pic is that of a Western Bluebird.  We were waiting for our wine pairing (when they serve food that compliments the wine) to begin when I spotted this little guy eating some red berries.  Look at all the variety of blues on the bird. 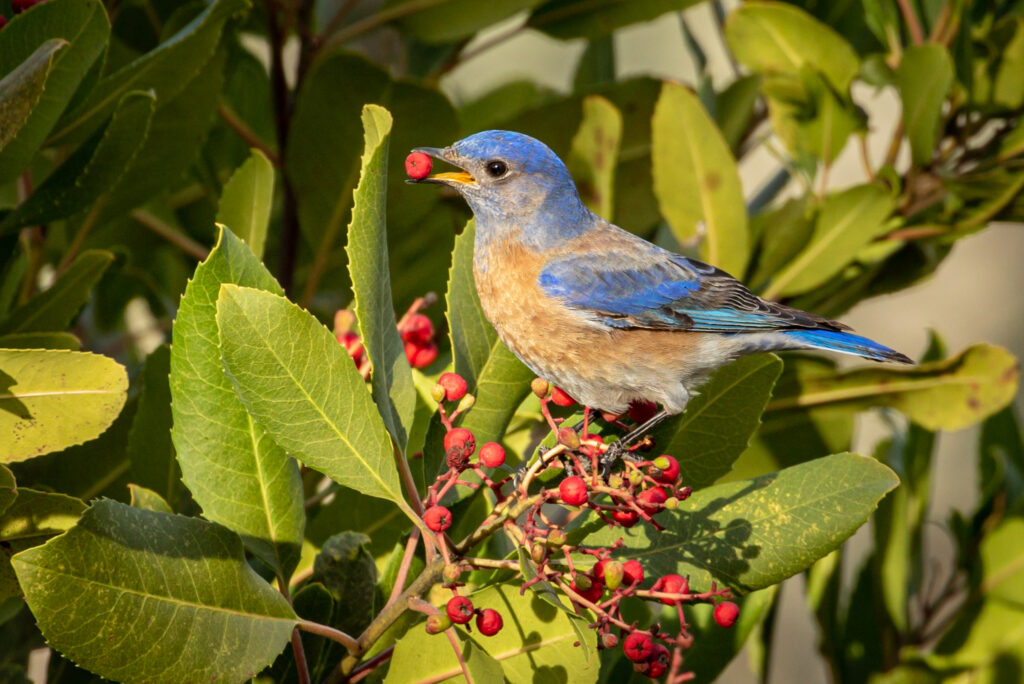 Not quite a Lifer, but the Brant below rarely shows itself in the midwest.  Here one was swimming in the San Diego River. 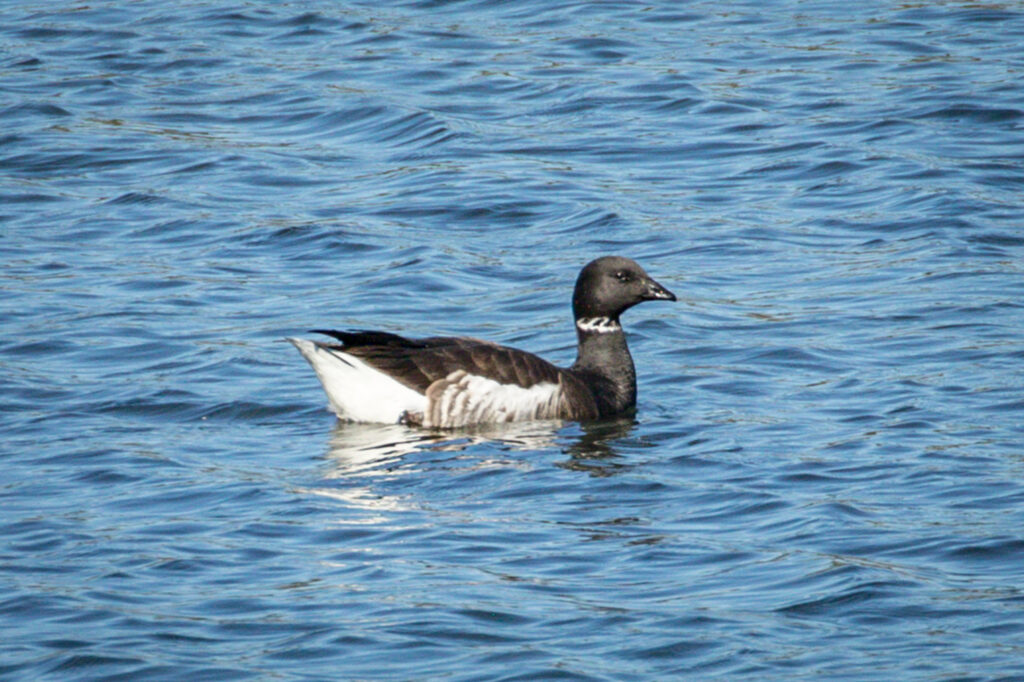 We only have one hummingbird in the midwest; the Ruby-throated Hummingbird.  Fourteen different hummers have been observed in California.  Here was an Allen’s Hummingbird found just outside of San Diego. 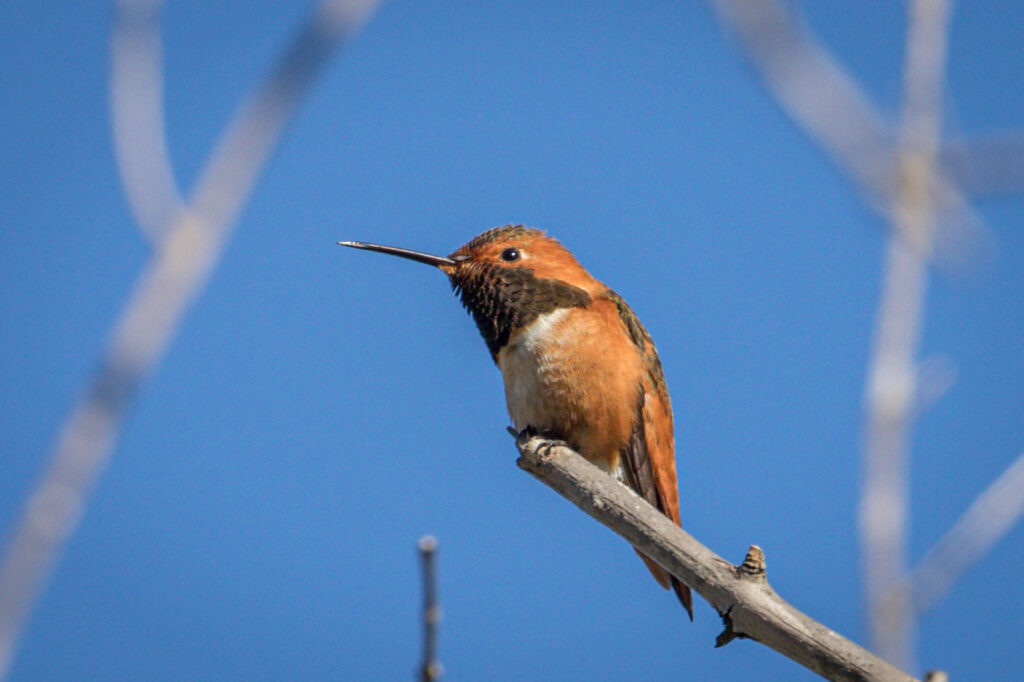 On our last day in California we were staying in San Diego and took a walk along a canal by our hotel.  I didn’t even bother to bring my camera.  As we walked around we heard a loud squawking and looked up to see two Red-crowned Parrots.  These parrots are not endemic to California or the U.S. for that matter but evidently some imported parrots now live in the San Diego and Houston, TX areas.  I ran (OK, I walked quickly) back to our room and grabbed my camera.  Of course they weren’t there by the time I returned.  Luckily they soon noisily came back and took up the same perch as before atop a tall palm tree. 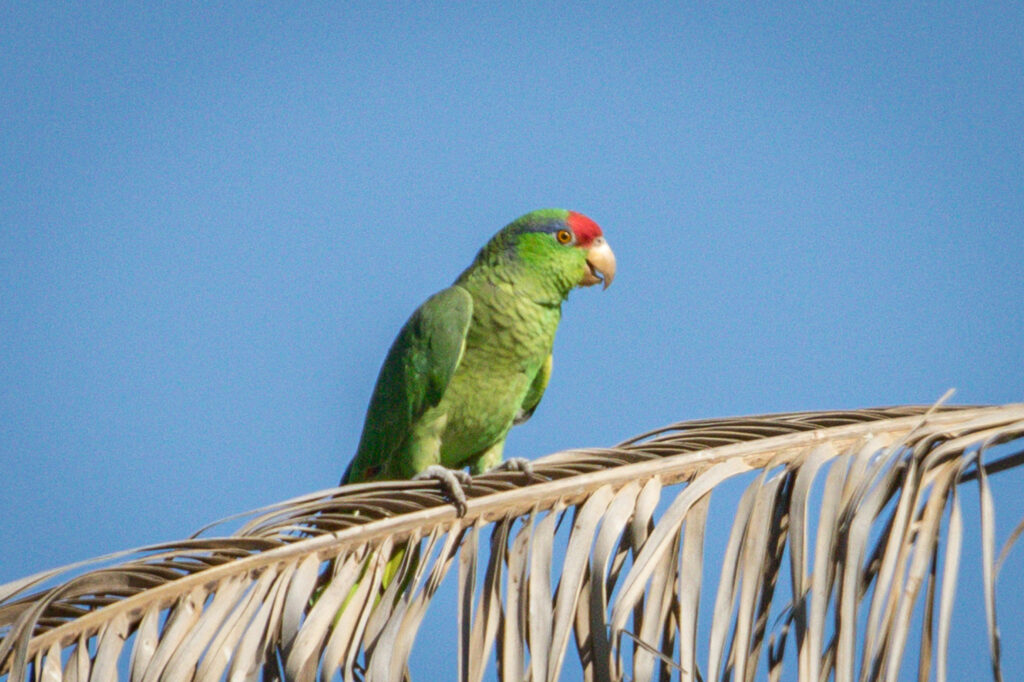 The most predominant pelican found along the Pacific beaches in California is the Brown Pelican.  Graceful in flight, they skim over the top of the ocean or they can make a harrowing dive into the water from high above.  I spotted this one on the beach near the Goleta County Park preening at an awkward angle. 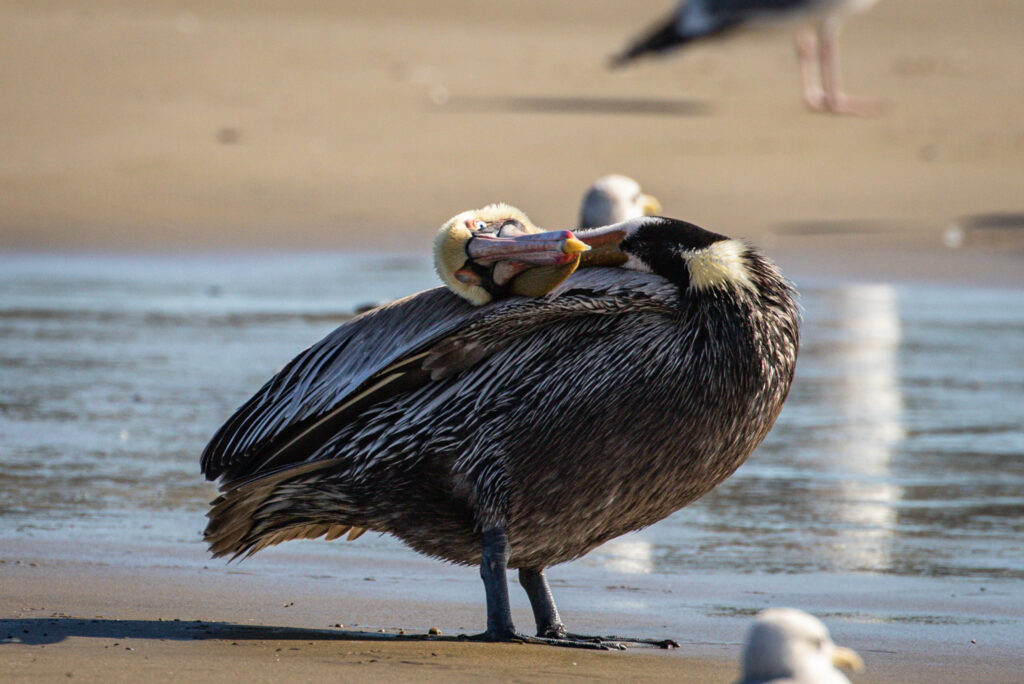 One of our target birds was the Yellow-headed Sparrow.  We walked around the boardwalk near the marina in the Morro Bay State Park and spotted a couple of them foraging for seeds on the ground. 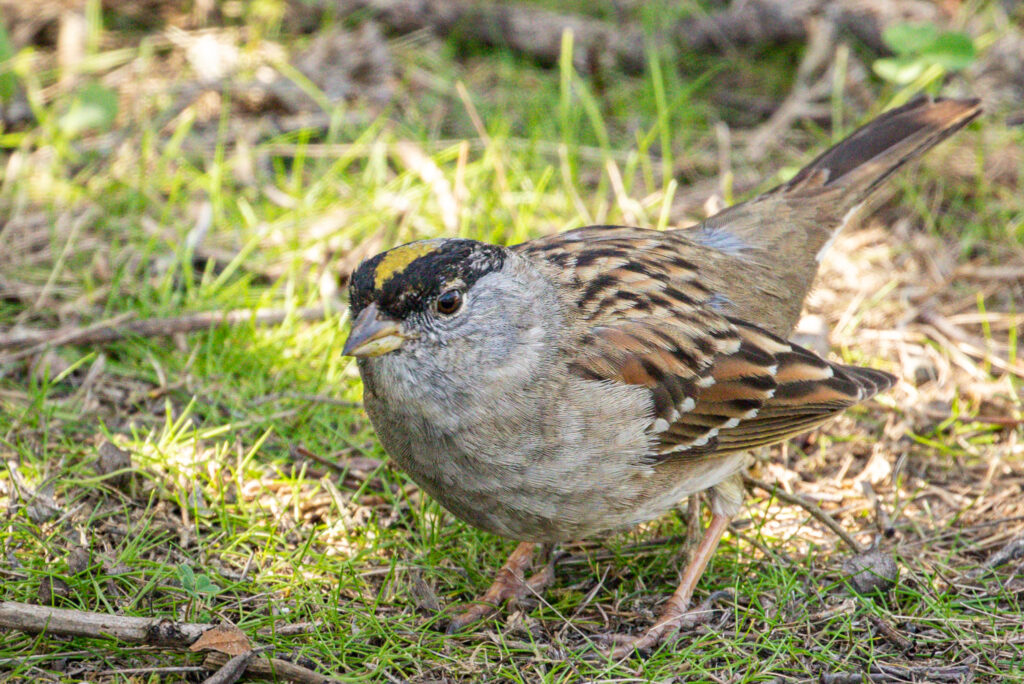 Another target bird was the Spotted Towhee.  We found this one as we hiked a trail alongside Bernardo Bay.

If you would like to learn more about GreatBirdPics Click Here.  Members can post their own great bird pics, create an online gallery of their works, and receive emails about bird photography.