One of the birds I was most looking forward to seeing up at Horizon Marsh was the American Bittern.  I’ve seen a bittern before but it was a really poor look and I was hoping to see several at Horicon.  My Birding Buddy Mark assured me that we would see several of them.  Horicon is one of the largest cattail marshes in the United States.  Just like it sounds, a cattail marsh has lots of reedy cattails growing, which is a perfect habitat for the American Bittern.  The bittern’s natural camouflage of a tan body with dark vertical stripes help it blend right in to the cattail stalks.

The first day there we didn’t see any bittern – a little disappointing but it helped me set my expectations lower.  Maybe we weren’t going to see bittern in every marsh.  The second day we drove up to the north side of Horicon and took the auto tour to the boardwalk.  The auto tour was over three miles of roadway through the woods and wetland areas.  We got out several times to look for birds and saw several (but no bittern).  When we reached the boardwalk we hopped out of the car and started walking on the planks just above the water level.  Shortly after we entered the boardwalk Mark exclaimed, “There’s a bittern!”  I searched in vain in the area he was pointing at and couldn’t see it.  I looked and looked and finally he came back toward me and pointed down 5 yards away at an American Bittern right in front of me!  Finally!

I started to take pictures and it barely moved.  I shifted over to another vantage point on the boardwalk and took more pics, again it didn’t move much.

As it sat there it opened its mouth – it didn’t make a sound but you can see its pink mouth and tongue. 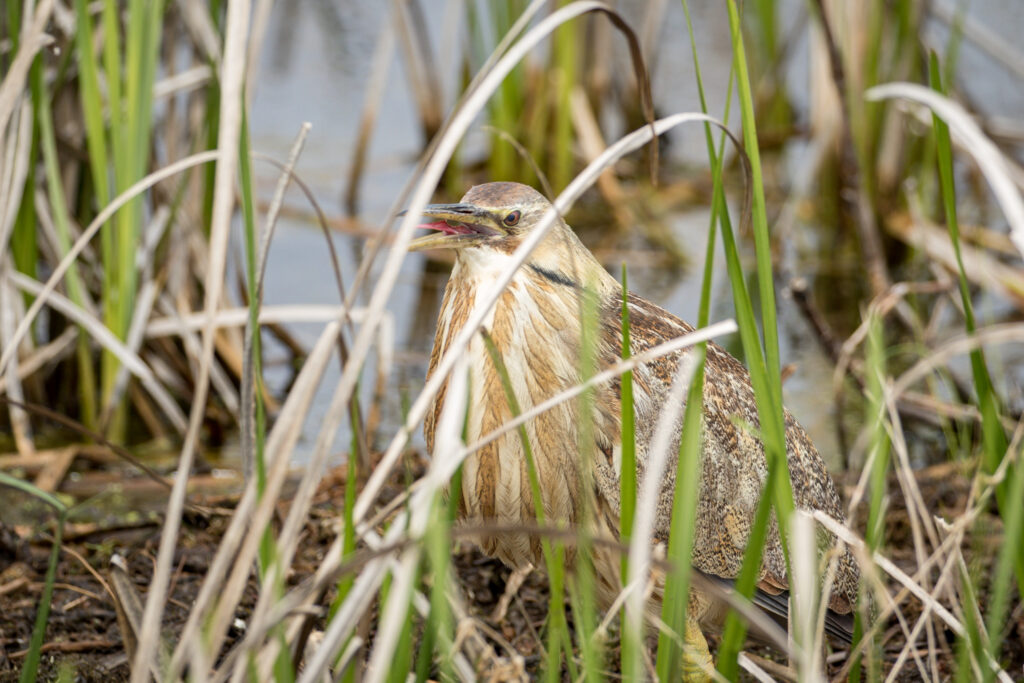 Karen spotted another one off in the distance.  You can see from this picture how hard they are to see in the middle of a cattail marsh – they blend right in. 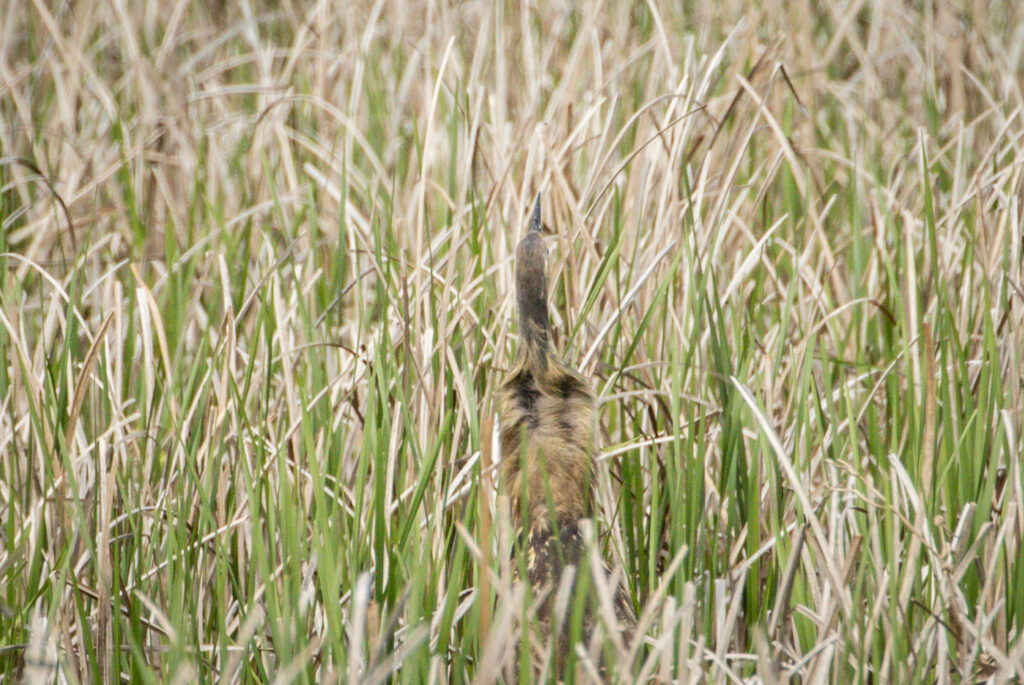 I turned my attention back to the nearer bittern and took more pictures.  It never left the spot where we first spotted it.  We finally got bored watching it, it just stood so we moved on down the boardwalk.  There’s aways the thrill of the hunt when finding and photographing birds.  Part of the thrill is the challenge of getting a shot of the bird; there was no challenge to getting pictures of this bittern.  It was like a big dumb turkey just sitting there.  It was great getting good looks at the American Bittern, but it was like taking pictures of a bird in my backyard – not much “sport” to it.

If you would like to learn more about GreatBirdPics Click Here.  Members can post their own great bird pics, create an online gallery of their works, and regularly receive emails about bird photography.

That is a great sequence of photos! I’m happy that you saw the elusive bird and your quest was successful!