Once summer hits the number of birds seen stays fairly static – each time you go out you tend to see the same birds, or fewer as they tend to become quieter and can easily hide in the foliage.  Lucky for us we haven’t quite hit that period yet as the birds are still singing up a storm and, with some patience, can be found.  In fact we recently had some excellent views of some newborn chicks.

Last week I shared some pics of a male Summer Tanager feeding its newly-hatched chick.  Here’s a couple more of just the chick: 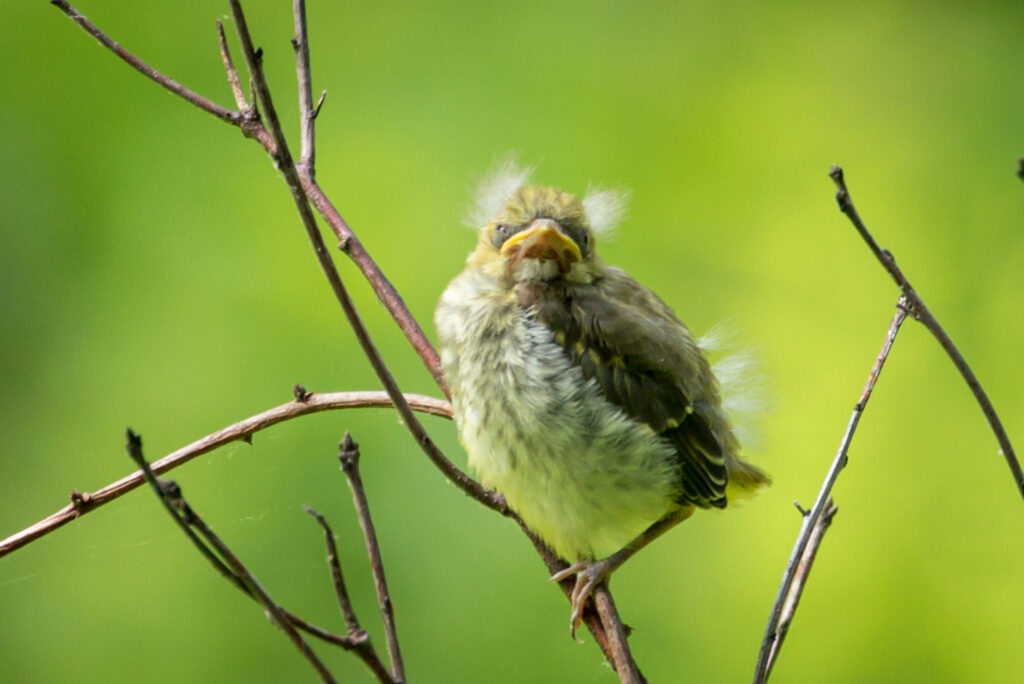 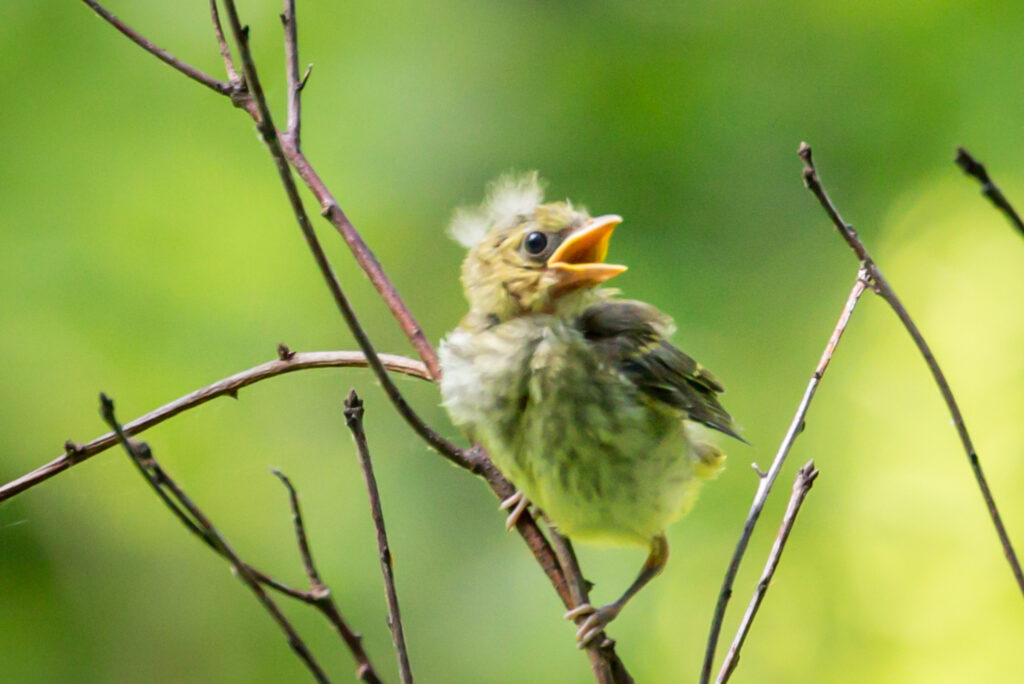 Two days later we returned to the same area of the Morton Arboretum to check on the chick – it was not to be found, nor the dad.  However we did come upon an Orchard Oriole chick.  Again perched in a waist-high bush, it waited for mom and dad to come in and feed it.  As you recall, just the male Summer Tanager was tasked with feeding its baby however in the case of this Orchard Oriole both the male and female made trips into the bush (unfortunately the leaves of the bush obscured the baby so much I couldn’t get any decent pictures of the feeding).  After mom and dad left the chick would move out into the open, trying to attract them.  Here’s a couple of just the chick: 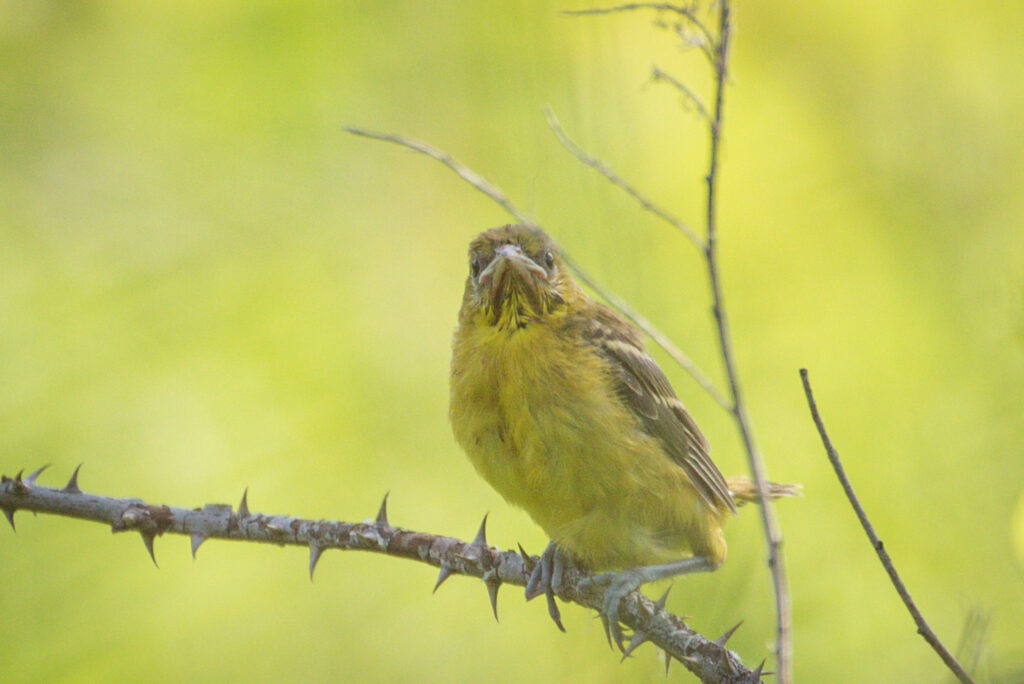 The next day we went over to Springbrook Forest Preserve on a DuPage Birding Club field trip.  We had good luck seeing some birds who live in meadows.  After the trip was over we went over to the retention pond behind Walmart.  Retention ponds, if large enough, do attract a variety of bird species so don’t overlook them.  Off on the opposite bank I spotted a small ball of fluff working its way down the water’s edge.  About the same time we observed an adult Spotted Sandpiper in the vicinity so we suspected the chick was also a Spotted Sandpiper.  As you may know, Spotted Sandpipers are known for bobbing their tails up and down.  As we watched the chick we noticed it doing the very same thing, even though it really didn’t have much of a tail to speak of.  The chick did bob its butt up and down, clinching the ID.  Here are a couple of pictures (directly into the sun, unfortunately) of the chick. 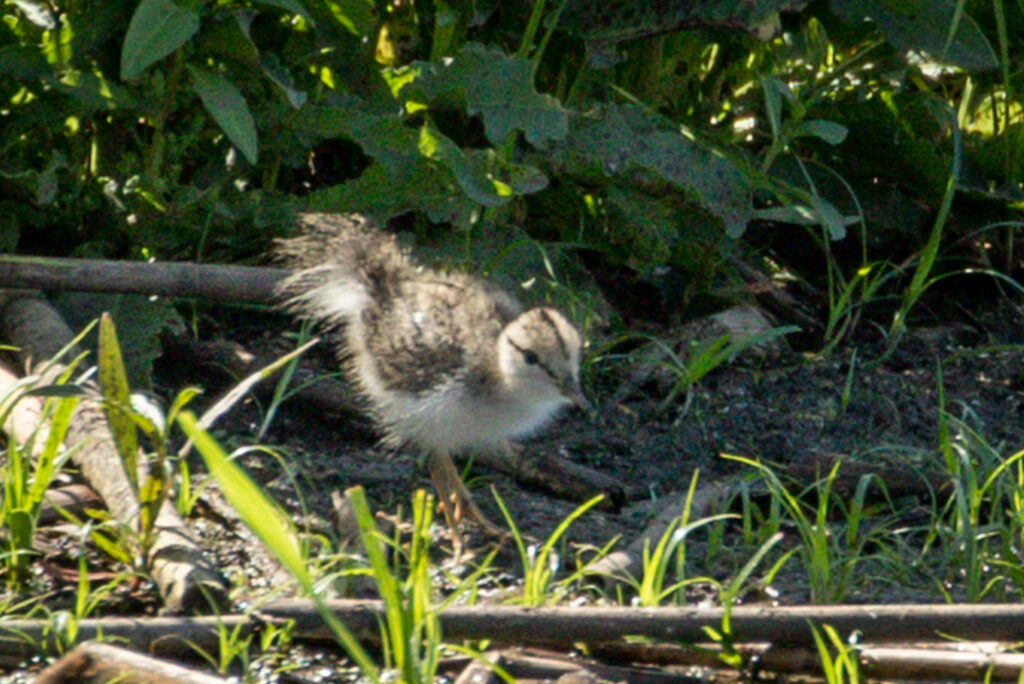 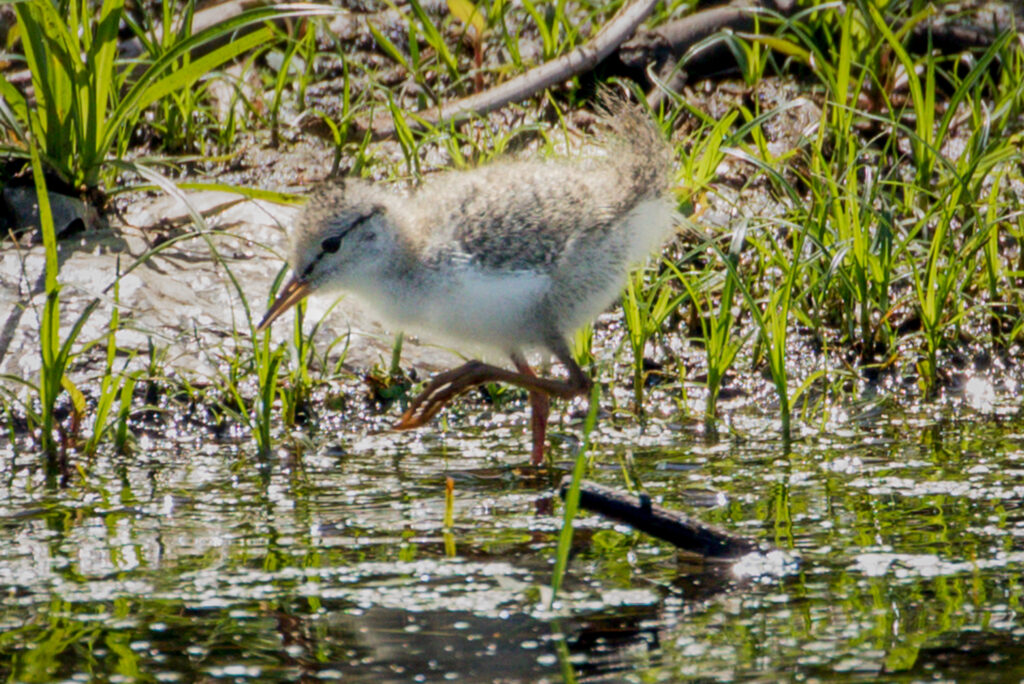 So until the doldrums of summer birding sets in, we’ll enjoy looking for a variety of chicks as they make their way into the world.

Click Here if you would like to learn more about GreatBirdPics.  Members can post their own great bird pics, create an online gallery of their shots, and regularly receive emails about bird photography.