Flying Around with a Fish in its Beak

We went downtown to Montrose Beach in Chicago recently to see if any interesting shorebirds were there.  Other than one or two Sanderlings and one Least Sandpiper there wasn’t.  As we scanned the beach I noticed a small group of Caspian Terns that included several juvenile birds along with about 20 adults.  Caspian Terns are fun to watch as they circle around, squwak at each other, and dive into Lake Michigan for food.  As I watched, I noticed that at least one of the flying Caspian Terns had a fish in their beak – but they didn’t eat it.  They would fly in circles around the group with the same fish.  Here are some images I captured:

First, we have an adult Caspian Tern, holding fast to a fish, apparently being pursued by another tern. 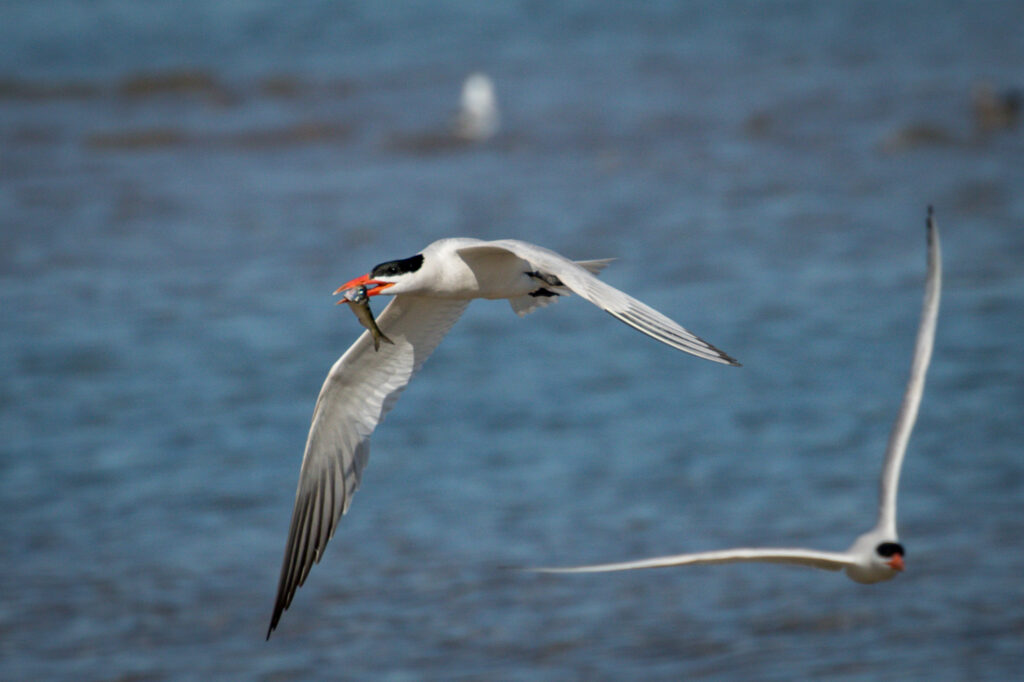 Here you get a better view of the fish as it flew by on one of its passes. 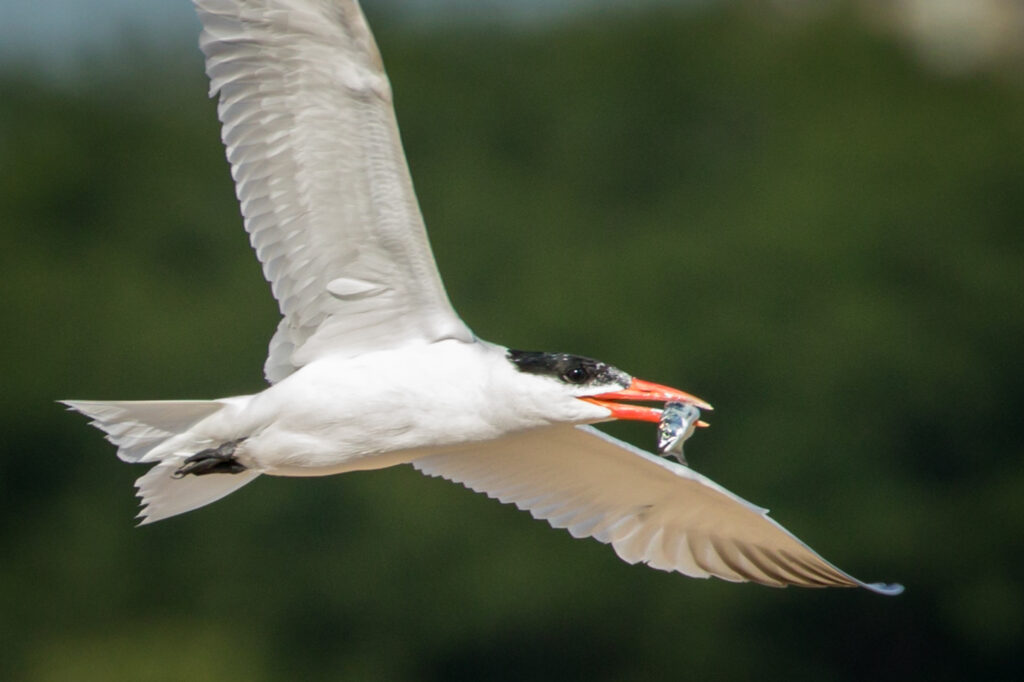 I watched as the bird flew toward the beach and banked as if to slow down.  A juvenile on the right has its beak open, expecting a meal. 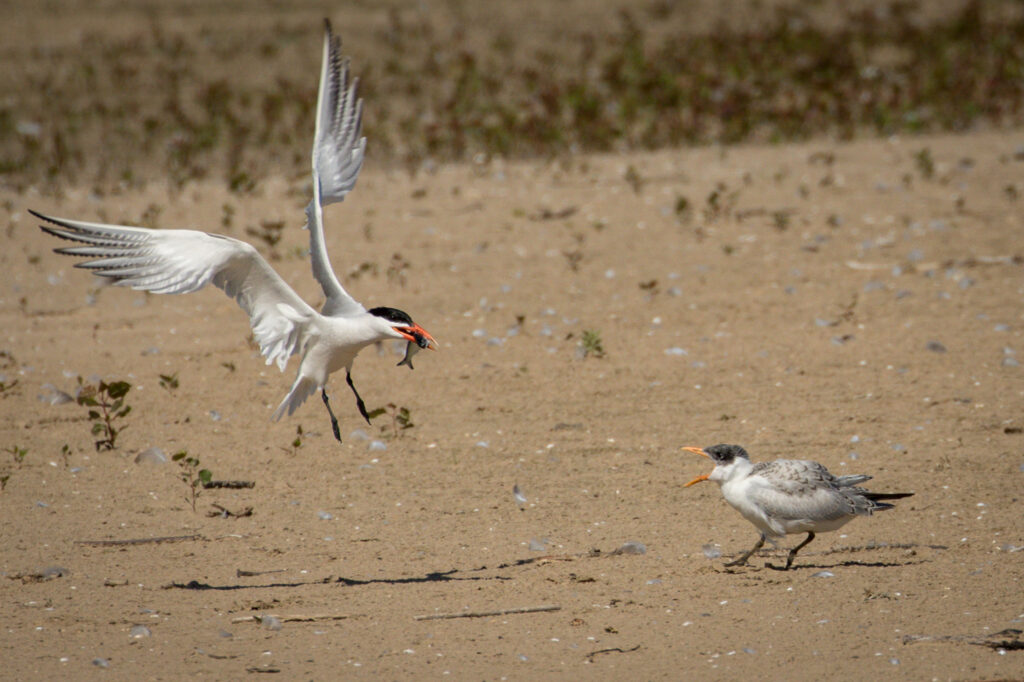 But no, the adult kept the fish firmly in place and swooped by the juvenile, who doesn’t seem particularly perturbed about the loss of food. 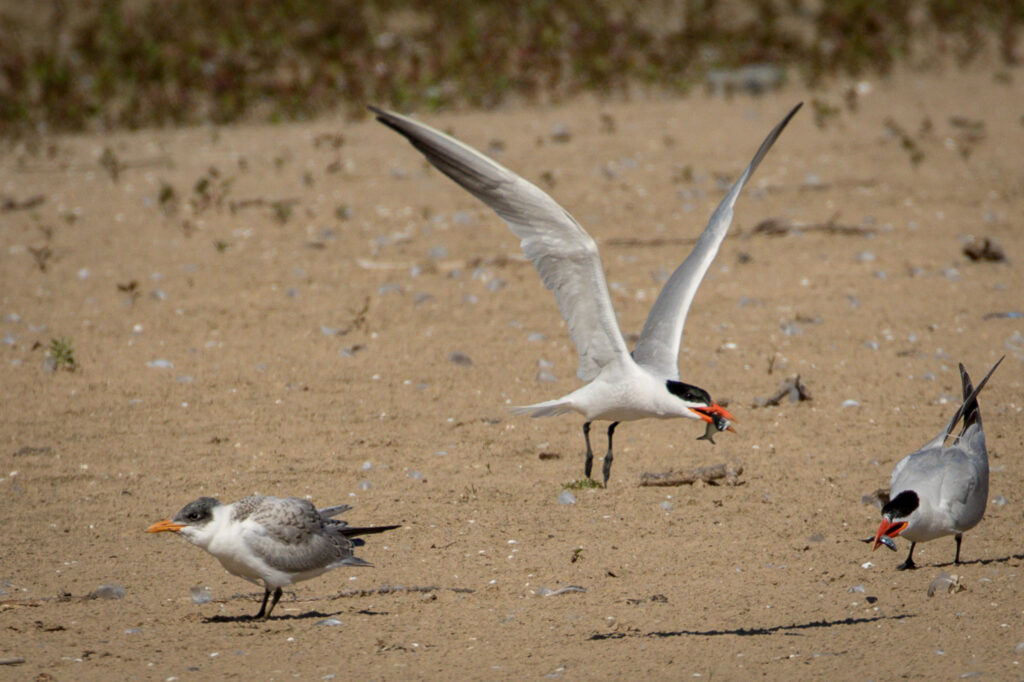 I didn’t understand this and tried to do some research on it but found nothing.  At first I thought the tern carrying food around the group was some sort of mating routine, but when it approached the juvenile but didn’t feed it I was thoroughly confused.  If you have any insight or theories about this please email me.

Click Here if you would like to learn more about GreatBirdPics.com.  Members can post their own great bird pics, create an online gallery of their works, and regularly receive emails about birds and bird photography.