We went out for the first time to McGinty Slough in south Cook County recently to look for a Prairie Warbler (yes we found it) and a White-eyed Vireo (no we didn’t find it).  This was a new area for us but as we traveled the trail we found several of our birding buddies already there on the lookout for the same birds.  Bonnie and Joan were coming back toward us and shared that there was an Osprey Banding setup down the path.  This wasn’t on our radar but as we went down the trail we heard and saw an Osprey overhead.  The Osprey circled around screeching loudly. 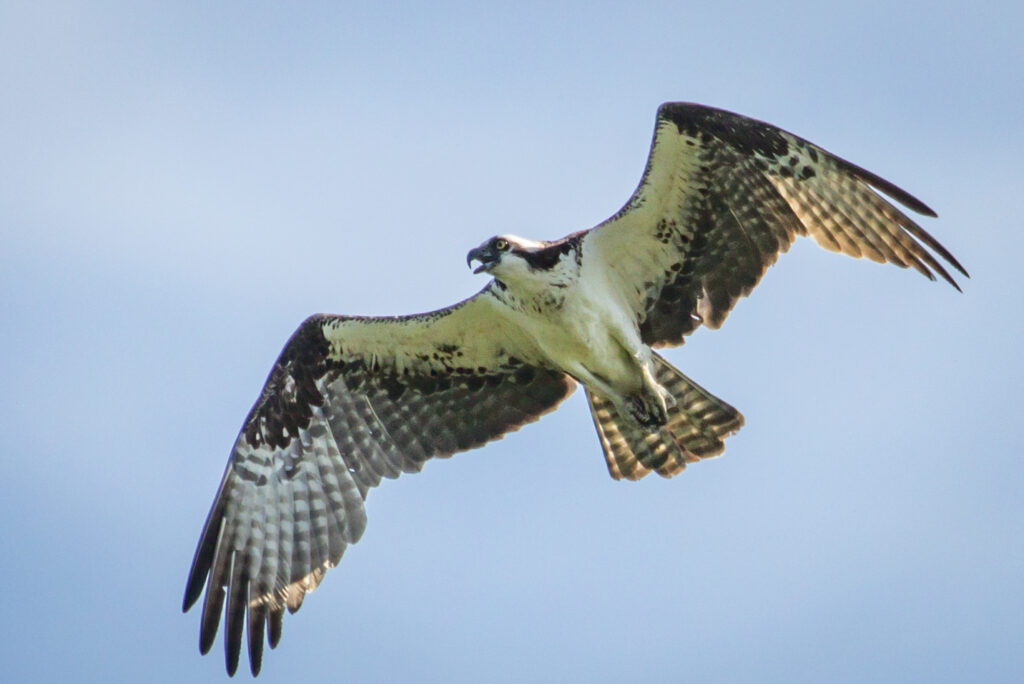 I actually didn’t think much of the Osprey until we turned the corner and saw several people, trucks, and a tall cherry picker.  There was a Ranger for the Cook County Forest Preserve in the basket and he motioned for us to approach.  In his hand was an Osprey chick. 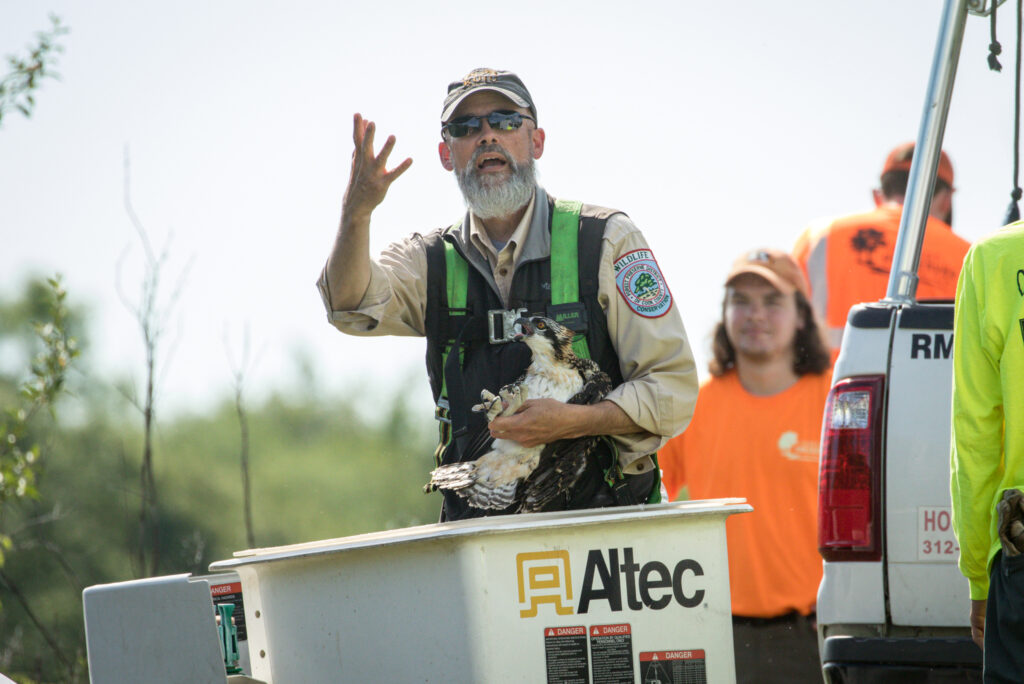 No wonder mom was so mad!  He informed us that the chick was a couple of weeks old and he had just banded it and was about to return it to the nest.  Several people gathered round the chick; a young girl was allowed to stroke its head.  The chick stayed still in the Ranger’s hands as it squeaked out for mom. 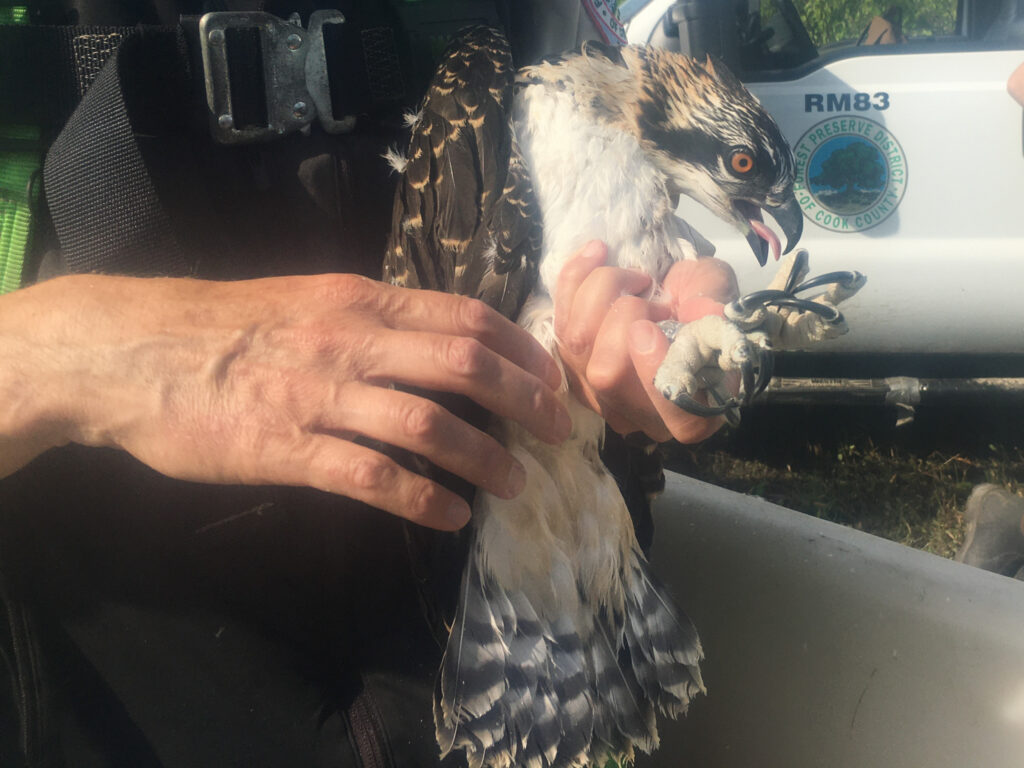 The Ranger then gave the signal to raise the buck back toward the nest, which was on a platform about 40 feet high.  All the while mom flew by in protest. 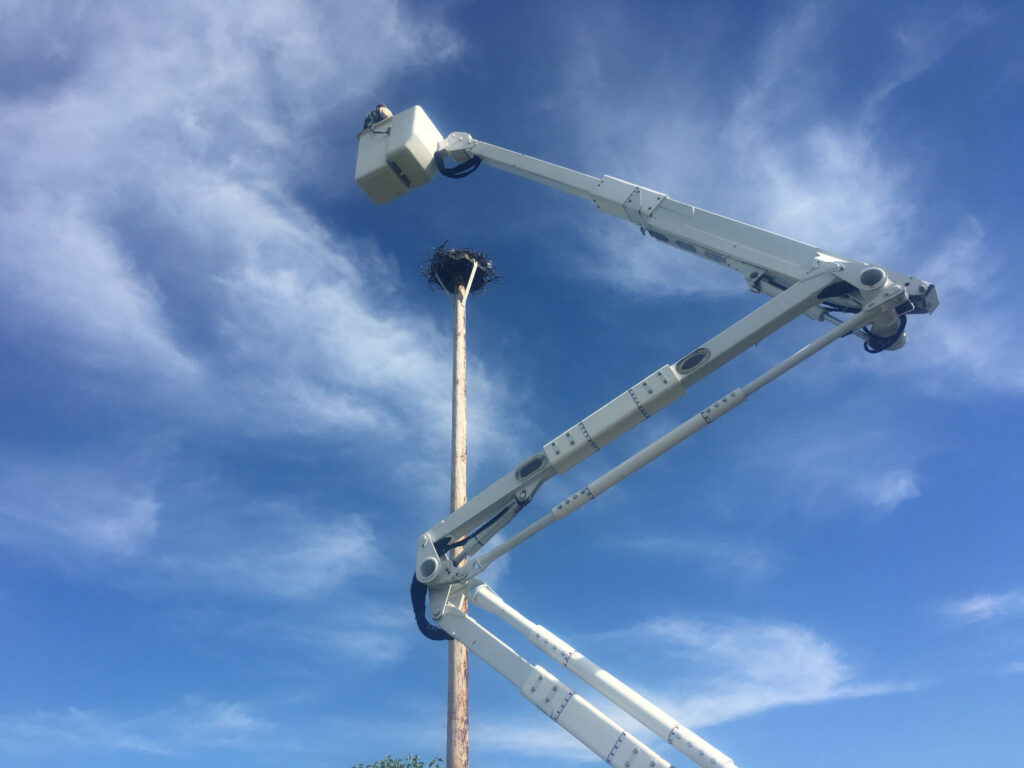 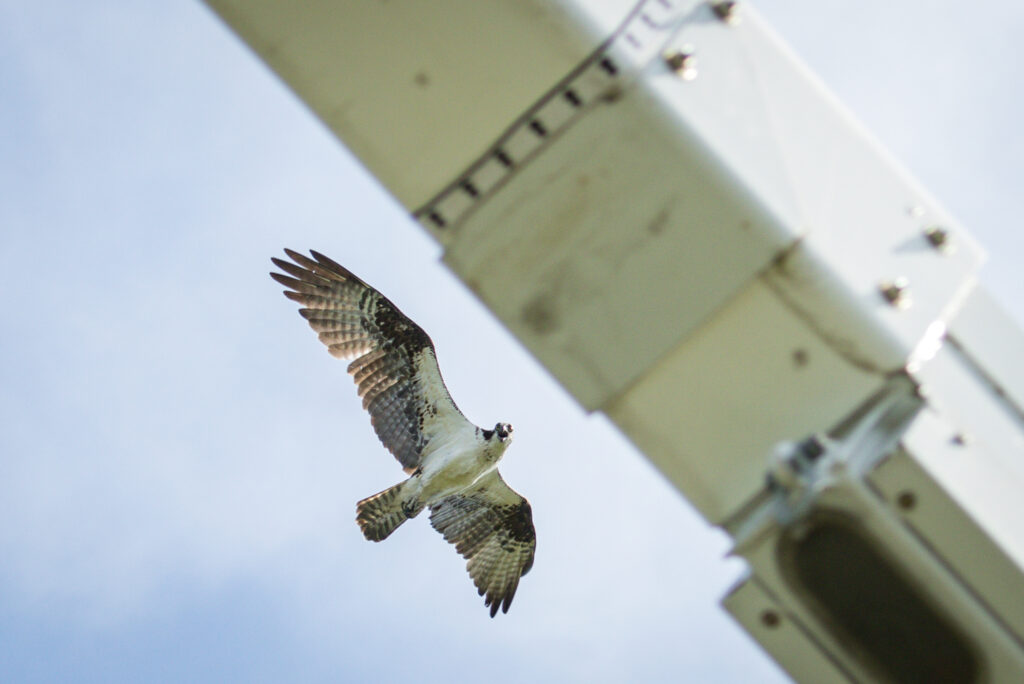 The Ranger gently placed the chick back into the nest and the bucket was lowered down to the ground. 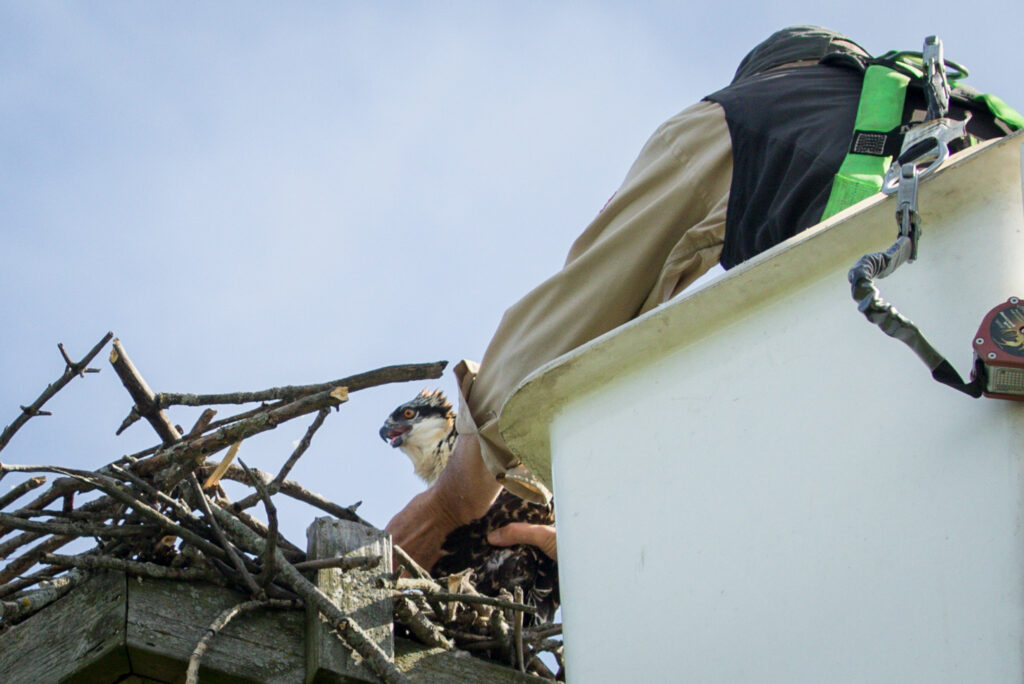 A while later, after all the people and equipment had left, the adult Osprey felt safe enough to return to the nest to check on her chick. 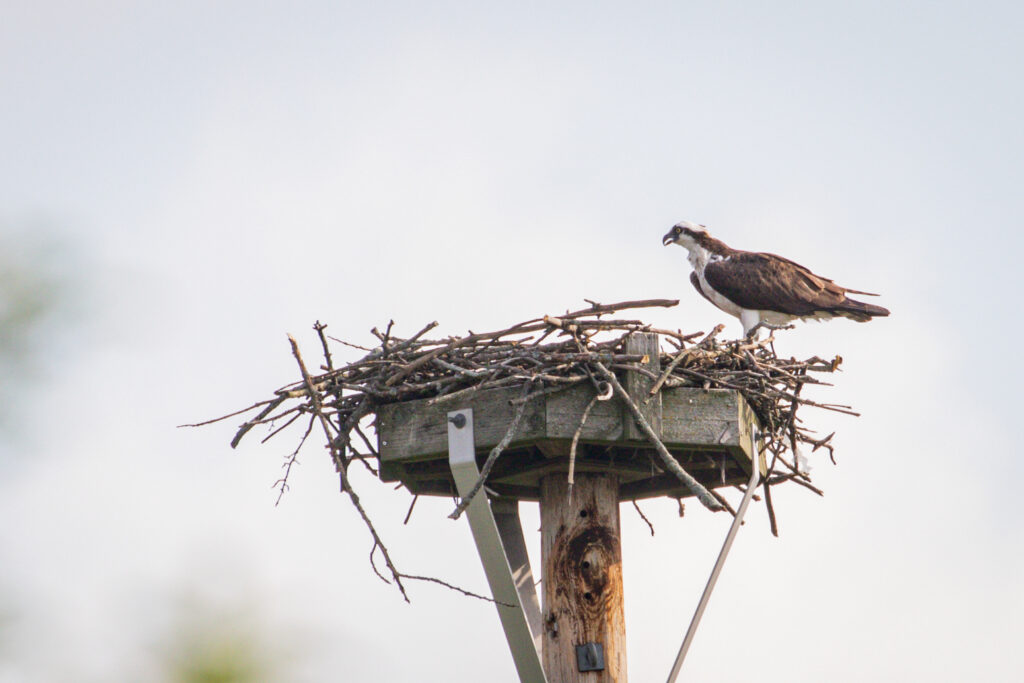 Hopefully the banded chick will provide some valuable information about its life in the future, but for now it was a thrill to see the process used in the banding process.

Click Here if you would like more information about GreatBirdPics.  Members can pos their own great bird pics, create an online gallery of their works, and regularly receive bird photography emails.