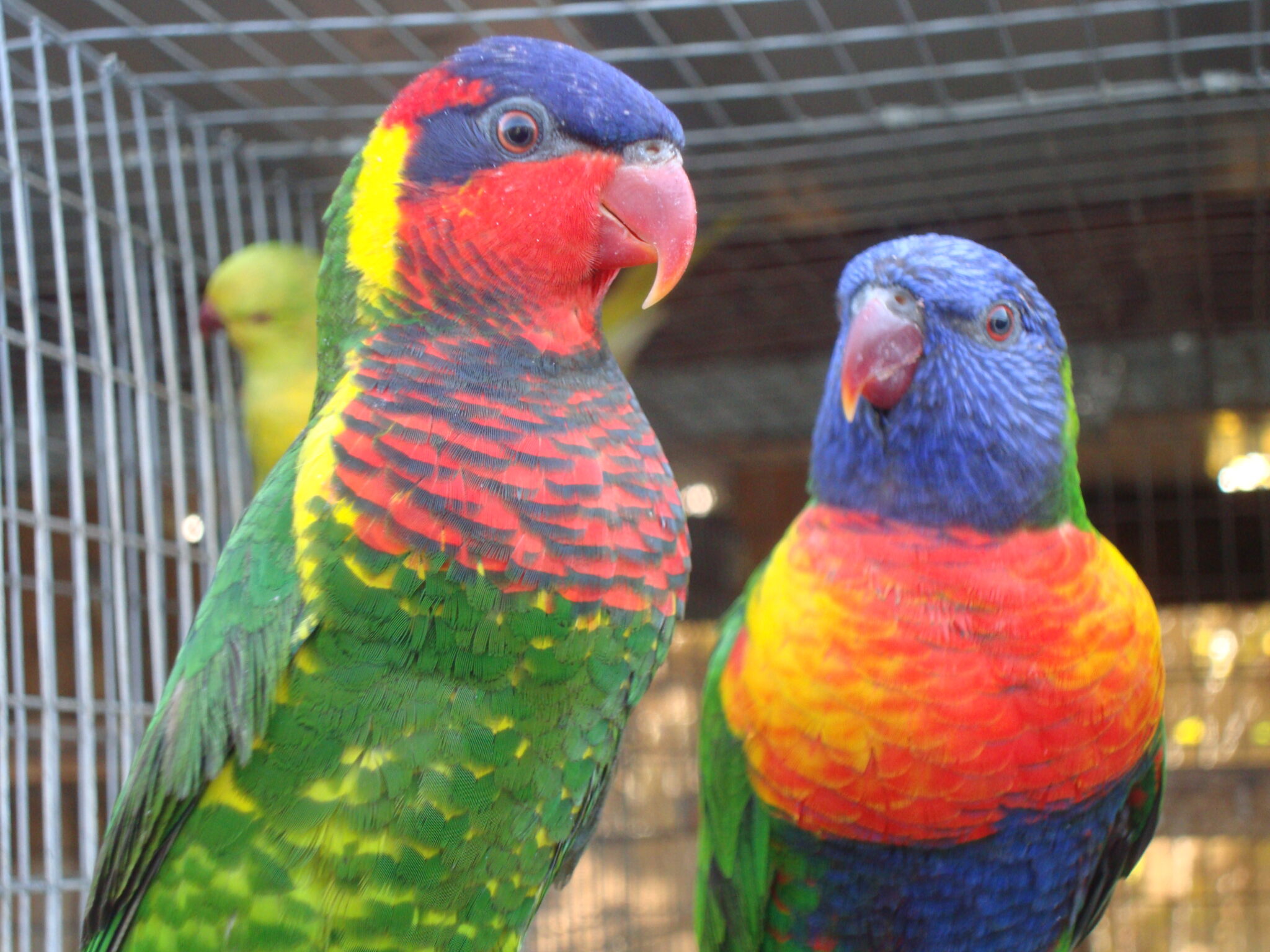 Can’t get more colorful than this for the Holidays!

Two species of Lories. Spectacular plumage! The one on the left is an Ornate Lory. On the right is a Swainson’s Blue-Mountain Lory. These kind of lories are commonly exhibited at zoos in large flights, in which patrons can buy pellets or nectar, then enter the exhibit, and have then perch all over you while they greedily eat. The Swainson’s Blue-Mountain lory is a type of Rainbow Lory. In the Wild, they are found in eastern and south Australia. The Ornate lory comes from several islands of the Indonesian archipelago. In captivity lories are
considered aviary birds. Most do not make good house pets. Lories are primarily nectar and fruit eaters. If it goes in as mostly liquid, it comes out the other end much the same. The can squirt up to 4 feet!

Good to hear from you – I presume you’re on the road again (or at least were in November). These Lorikeets are stunning -saw some in Australia a few years ago.

Holy mackerel are they gorgeous!