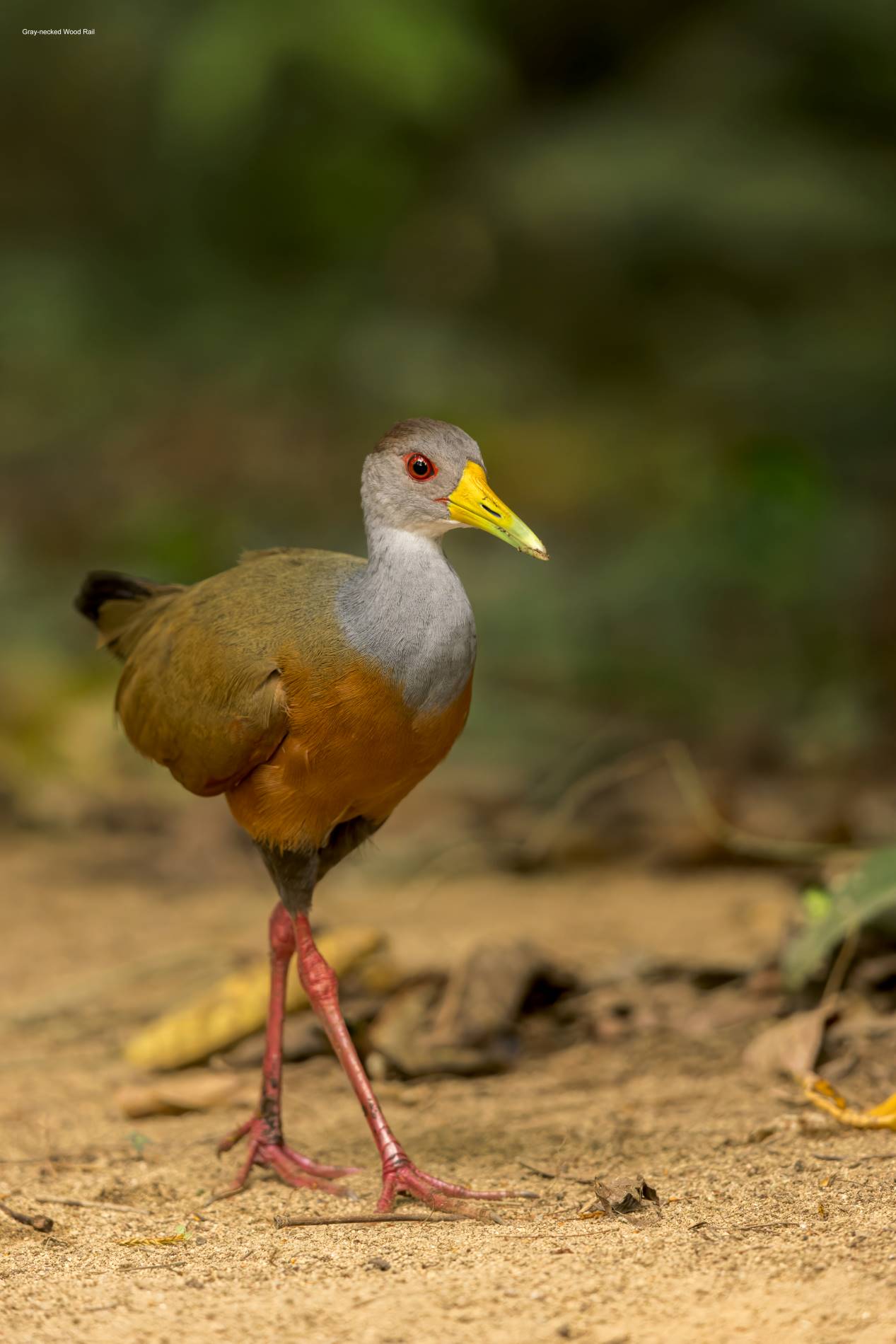 Ground dwelling birds (or “to be young again”)

This is a Gray-necked Wood Rail (now known as a Gray-cowled Wood Rail), a fairly common bird of the subtropics. While it can fly, it prefers to spend its time on the ground in the heavy undergrowth of second-growth forests. IMO the key to getting good shots of this bird is to shoot from a very low perspective. In other words, laying on the ground with the camera no more that a foot or two above the ground. While tilting screens, etc, of modern cameras have made that easier, none the less, I often wish I was younger so I could get down (and more importantly back up) easier. This shot was taken in Peru in an area where a large tree had toppled over creating a clearing that allowed second growth to take place. There were a number of ground birds that visited this area early each morning to look for worms that were on the surface with the morning dew. Shot with a Canon R5, 600 mm +1.4 extender, at a range of about 30-40′, ISO 5000, SS 1/250 and f/5.6.

I agree – the perspective from the ground does really contribute to the excellence of the picture. I also agree it’s hard to get back up!

I appreciate all the info about the habitat of the bird, tool

I’ve been thinking about a mirrorless – how do you like your R5? in particular, does it help avoid noise in low-light situations. I have a D7 and am constantly fighting noise at ISO 400 and higher.

I love my R5. I shoot in low light often My wife and I love the sub-tropics so travel to the rain forests often. To be fair I process my RAW images with DXO Pure Raw and I use Topaz DeNoise AI as my last step in processing; both are great software programs to eliminate noise and preserve detail, so I may be comparing apples and oranges. My previous 5D4 was not good beyond ISO 1600. Now with the R5 and my wife’s R6 we routinely shoot at ISO 12800 and have usable shots at 25600. This last trip to… Read more »

Thanks for the recommendation. I may come back and ask more questions about the R5 vs R6.

Sorry, I did not see your reply. I have both the R5 and R6 (my wife’s camera), so can fill you in with our experiences.