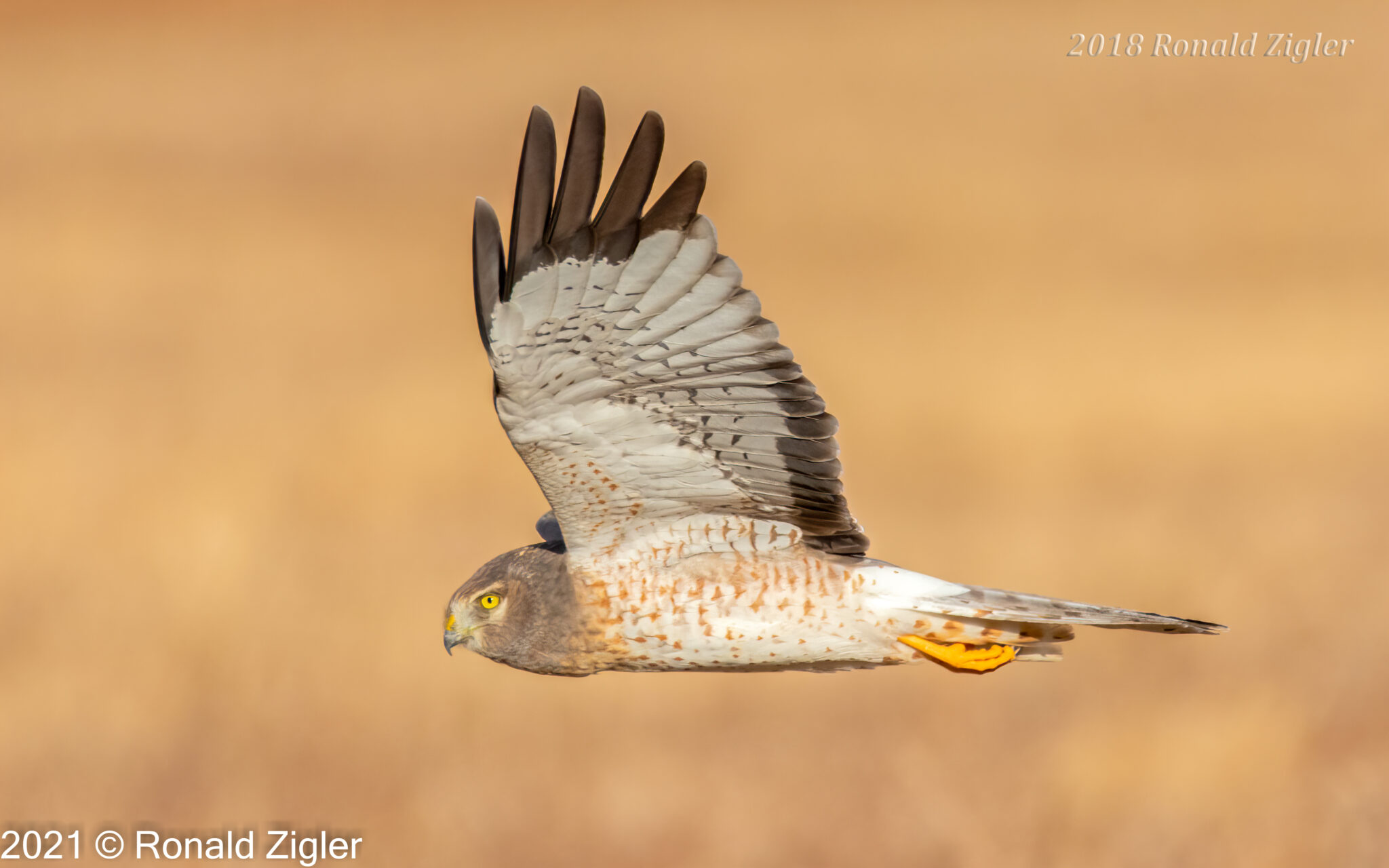 Unlike other Hawks, Northern Harriers have eyes slightly closer to the front of their heads like Owls; hence when searching for prey, their head are directed downwards. This bird was gliding over a field and passed nearby when I captured this image. Also called “Marsh Hawks” these raptors will hover in place when they have spotted prey, after which they will suddenly before drop to the ground. Northern Harriers will often “perch” on the ground. Males are referred to as “Gray Ghosts” on account of the gray feathers on their back and their head.

Wonderful shot of the Gray Ghost! Nice and sharp and every part is in focus. Award Worthy!