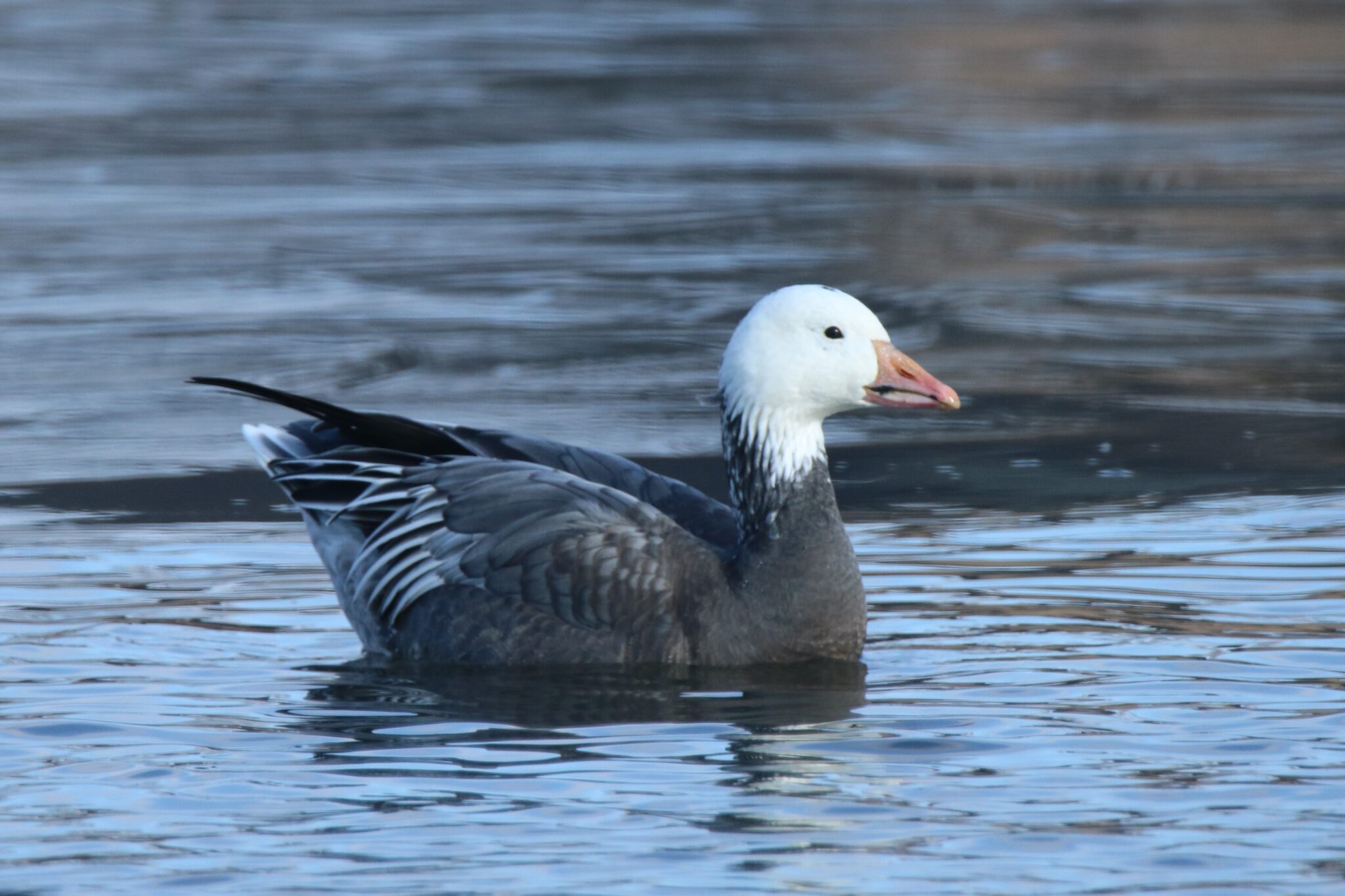 One of a pair of snow geese at Armstrong Park; this bird looks bluer than it should because a nearby house was casting its blue shadow over the pond.

These used to be called Blue Goose. Until 1983 it was thought to be a separate species. With genetic studies it is now known that only a single gene locus controls the coloration of this species, and they are considered a single species.