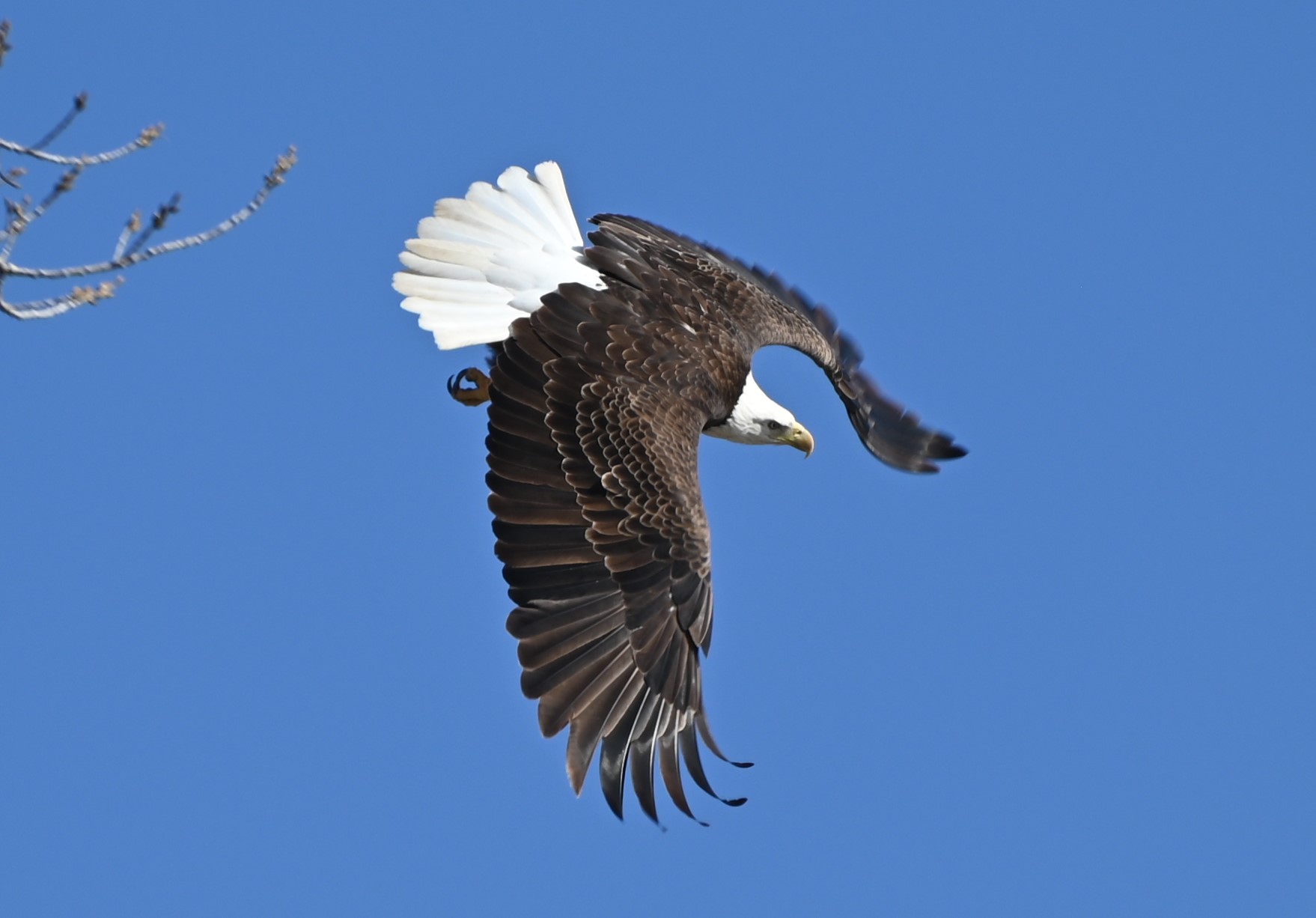 This bald eagle flew near my car while I was waiting near the Kansas City Southern railroad bridge near Hillview, Illinois. It had been perched in a large oak tree until I started taking pictures of it and it got spooked and flew away. I love the way you can see the feather spread on the near wing and the claws trailing behind under the tail. This was the only mature bald eagle I saw this day, but there appeared to be some immature ones just east of here.

Way to introduce yourself to GreatBirdPics! The “Departure” pic of the Bald Eagle is wonderful. Thanks for jumping right in and posting your pics.

Our mutual friend, Peg Gramas, suggested that I post these pictures on your site. I met Peg many years ago on a bicycle tour in Wisconsin and we’ve kept in touch ever since.

I was wondering if you know one of my former co-workers, Dennis Oehmke. He’s a fantastic birder and I think probably one of the top ones in the state if not nationally.