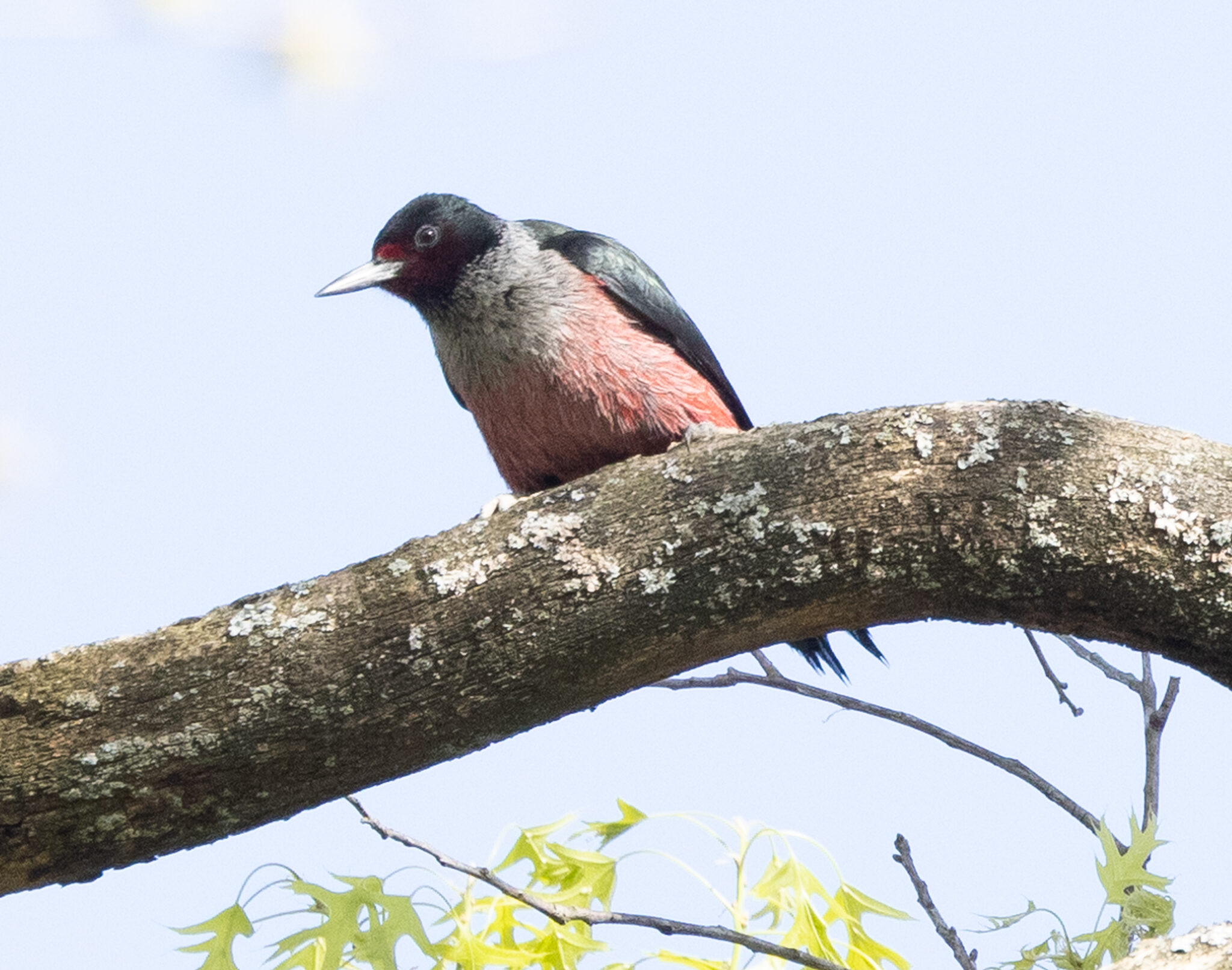 On May 3, 2022, I was out in the yard pulling weeds with my phone in my pocket. I now take it out with me as I do not want to miss any rare birds. Discord, a Michigan-wide birding app, started to get a lot of activity. I pulled off my gloves, retrieved my phone, checked it out and was surprised at what I read. I immediately went inside to tell Carl. I said “What Michigan woodpecker lifer do you think is in Muskegon?” Muskegon is the county north of us. The answer was a Lewis’s Woodpecker.

The bird was spotted in the neighbor’s yard of Ric, the Muskegon Nature Club’s President. (Muskegon’s bird club). Clothes quickly changed and off we went. We were the second car there. Both cars drove around about an hour. We decided it was time to leave and circled the block on the way out. We stopped to talk to the other people and Discord beeped. When I looked at it, it indicated the bird was just seen. Carl looked up and saw it fly into a tree around the corner. We watched it for about an hour and took lots of photos. The Lewis’s Woodpecker is a woodpecker that acts like a flycatcher landing in the tree and flies out for flying insects.

It was last seen on May 25, 2022. There were 164 complete eBird checklists. Ric said hundreds of people saw this bird and many do not use eBird.

This was the third Michigan record and first lower peninsular sighting. The first two were in the Upper Peninsula. This bird was a lifer.

So exciting. I saw a post on Facebook in one of the Michigan Bird groups with a photo of, presumably, this bird. I gasped and was so thrilled for the poster. I am thrilled for you, as well. And a great photo, it is! [Hello from the North of you!]

That is a cool looking bird! We live in the next county north and have not seen one of these