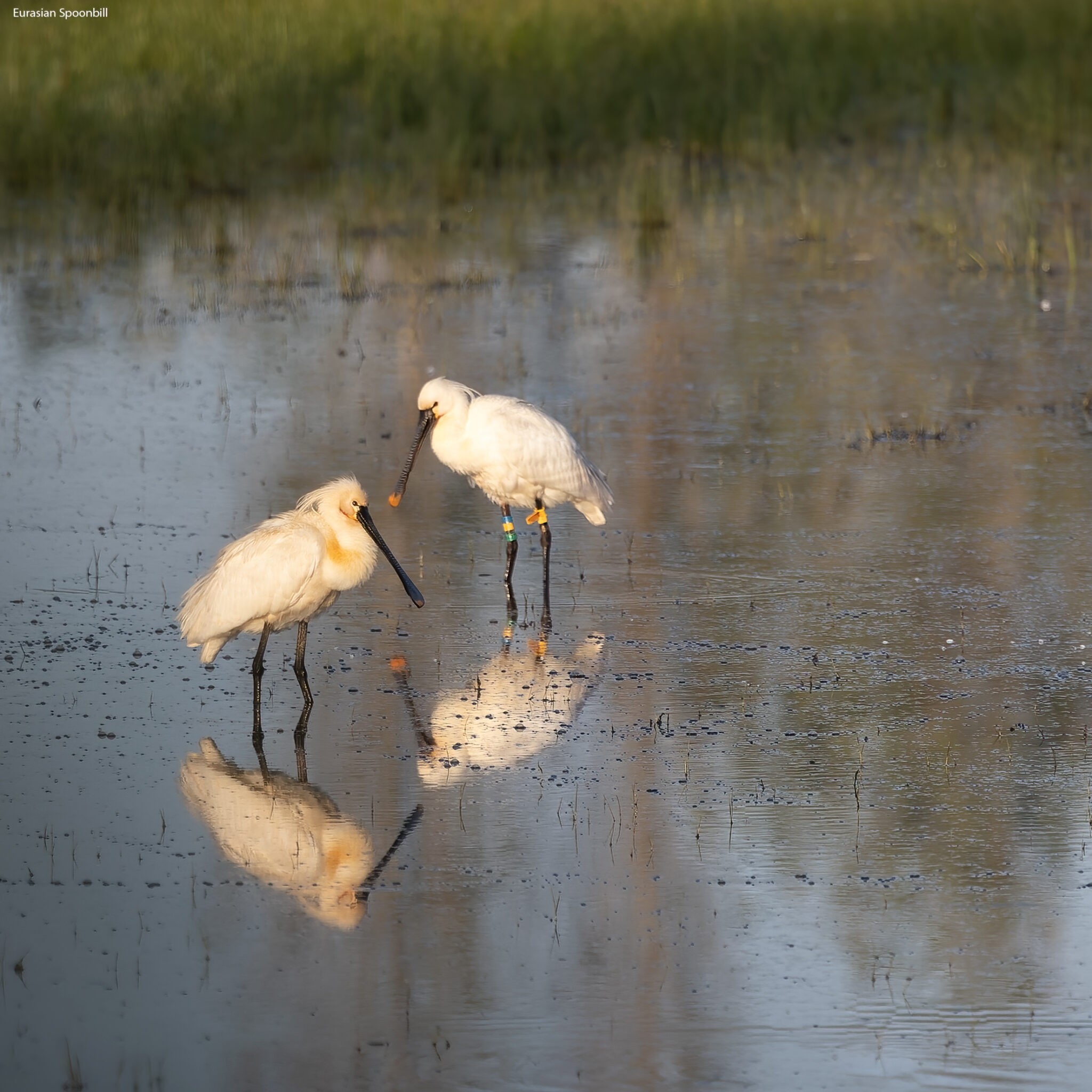 Keeping with the Spoonbill theme

Mike had recently posted a picture taken in New Zealand of a Royal Spoonbill. This is another type of Spoonbill, but from the “opposite” direction. This is a Eurasian Spoonbill. The picture was taken in Portugal. It was an early morning with a light fog over the Lagoas de Santo Andre, a reserve located on the south Atlantic coast of Portugal. Portugal has many public photography hides or blinds and Deb and I spent two entire mornings in this one. Many European/African species of waders, ducks, geese, herons and passerines were a constant presence. Unfortunately the Spoonbills never came close, but using a 500 mm lens on a Canon R6 we got some decent images; shot at 1/1600 second, ISO 640, f/7.1 with a EC of -0.3, handheld. The water, while perfectly still and reflective was filled with vegetation. Good news, this attracted many birds; bad news, it made for a pretty ugly setting for birds. Many of the wading birds we saw had colored leg tags. Europe has been active in the study of birds for much longer than the USA; it was surprising how many different species of birds we saw that had leg bands.