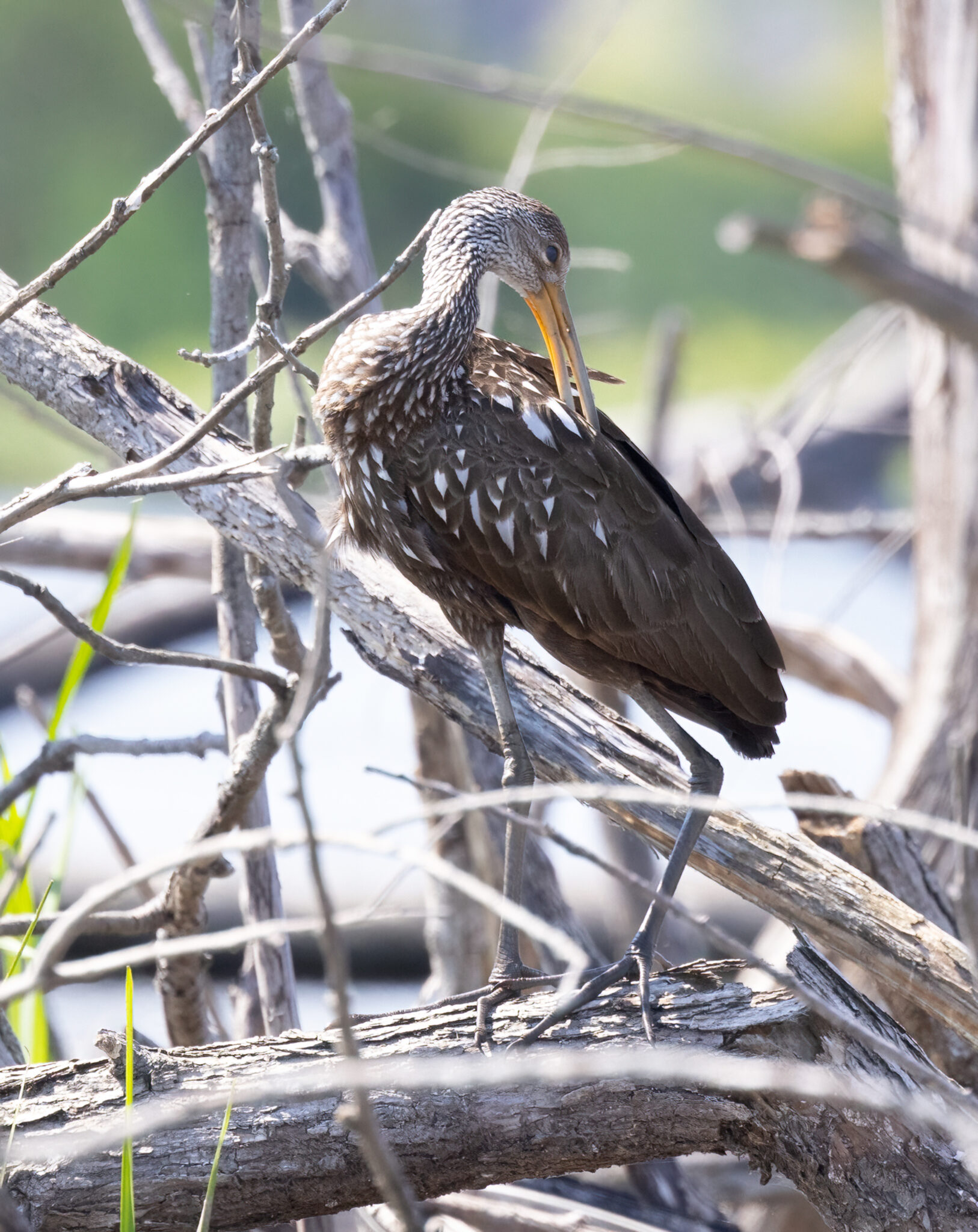 On August 23, 2022, Carl, Mike W, and I started birding at Upper Macatawa Natural Area – 84th Avenue at 9:18 AM. We were looking over the mudflats looking at and identifying the shorebirds, etc. At 9:32 the local WhatsApp started dinging. What? A picture of a Limpkin showed up with Karl S saying “Is this a good enough photo to positively ID a Limpkin? I’m in the middle of the Grand River right now?” “Yes, yes it is!” came the response from Chace. Malcolm, Karl’s 10 year old son had spotted this rare bird!

The WhatsApp keep dinging and the Michigan’s Discord Rare Bird Alert started a different dinging tone. This Limpkin is a first Michigan state record. It was not visible from land, and we had no access to a watercraft, so we kept birding and both Apps kept dinging. The birding was slow, so we ended at 11:14 AM.

After we left Mike W, we decided to drive from the south side of Ottawa County to the north side to the intersection recommended to launch kayaks. Three birders were already there. After about one-half hour a boat with Jeanne and Tim went by heading back to Grand Haven. About 10 minutes later, they returned and pulled up to the dock next to us and asked if we wanted a ride. The 14-foot boat would not hold all of us, so Jill and Chace went first. The boat came back and Will, Carl, and I got in and Jeanne stayed on shore. We were very lucky to have them stop by. Carl and I talked to Jeanne and Tim for the first time on August 18th. The Limpkin is still being seen as of 8/27/2022 and people are coming from all over Michigan. Many are renting pontoon boats for $350 for four hours.