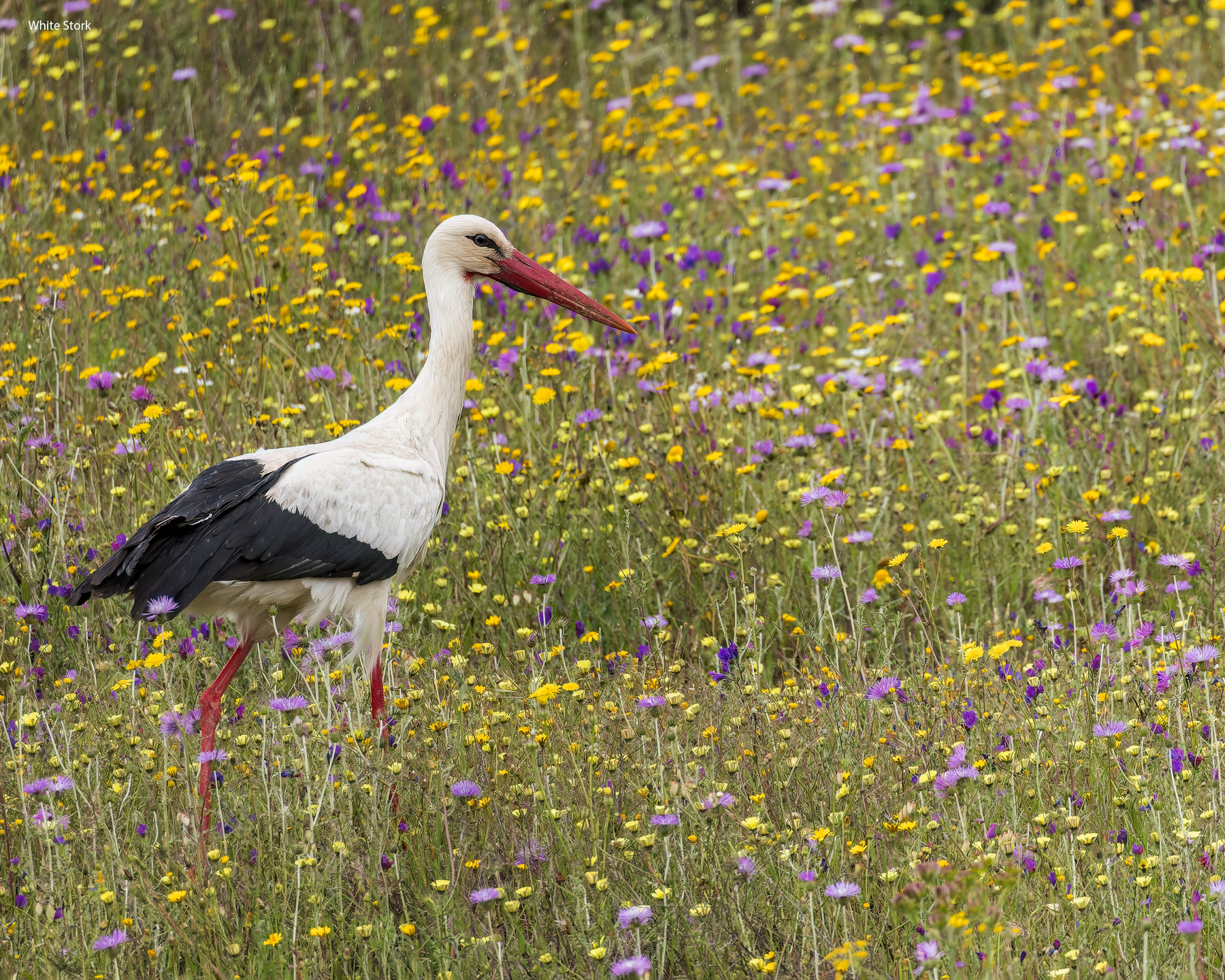 A ubiquitous bird of Europe

This bird, a White Stork, was almost ever present in Spain and Portugal. Literally every field had large numbers of them. Every chimney, power pole, and dead tree had multiple, huge nests. The Storks would occupy the top of the nest (some of these nests had been used for decades and built upon every year-they were the size of cars) and entire flocks of Spotless Starlings, Spanish Sparrows and other birds would occupy nooks and crannies in the bottom of the nest. I liked this shot because of the background. Farming in Portugal is done much differently than in the USA. The farms are huge, but they are not corporate owned; rather most of them are privately owned. Instead of using large amounts of fertilizer, they allow the fields to lay fallow 2 out of 3 years. These grasses and flowers cover the fields; in the south central highlands of Portugal these flowers would be seen in fields that stretched for miles. Perfect habitat for many of these grassland birds. This picture was taken with a Canon R6, a 800 f/11.0 lens, out of a car window. SS of 1/1600 sec, ISO 2000 with EC of 0.

What an interesting subject. I really enjoy seeing photos of birds Not yet experienced.

Country Portugal
Location Near the town of Mertola, in the south central highlands of Portugal
Gender Unknown
Age Adult
Activity Feeding in the Wild
Menu wpDiscuz