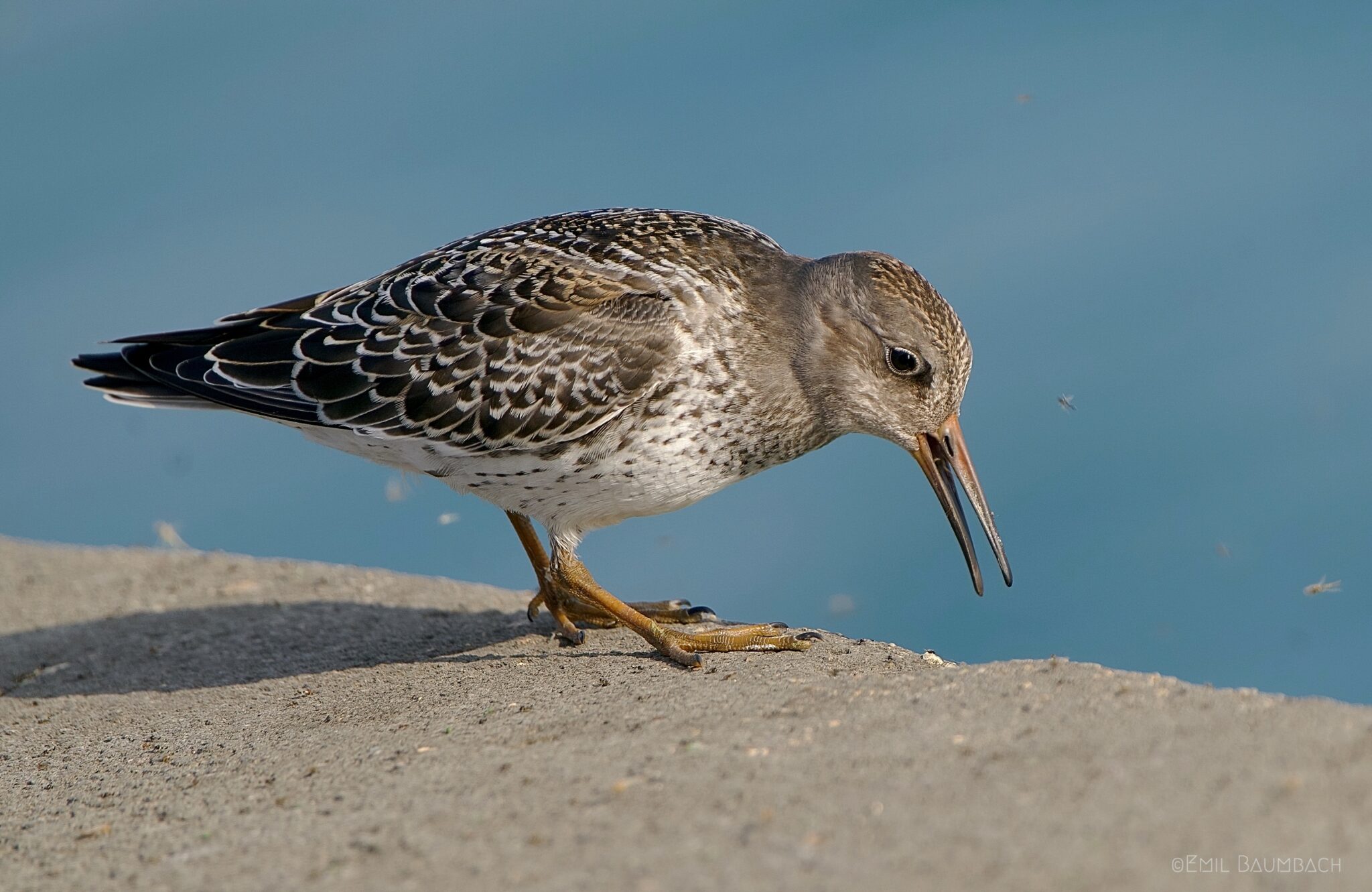 As I got out of my car planning on doing a warbler day an alert came through that an immature Purple Sandpiper was on Fish Hook Pier. I hustled out there and sure enough the bird was grabbing midges just like the Buff-breasted Sandpiper of last week. In about 20 minutes there were dozens of birders enjoying the experience. As the bird came closer and closer a hush enveloped the group. The bird was now less than 2 feet from us oblivious to our presence. At this point camera shutters were clicking in rapid fire and I felt like I was in the middle of a shootout a la Butch Cassidy and the Sundance Kid. When the smoke cleared people were giddy talking about what they had just seen. Since there were other good shorebirds on the beach many people left but I along with about a dozen other photographers waited for the sun to make an appearance and try for even better shots. I’ll admit, I took over 400 shots of this bird in every conceivable position. I’m posting this one with the bird eating midges, mouth open, midges flying around against a beautiful blue Lake Michigan on a sunny day. It doesn’t get much better. Those in the know told me that this is the earliest sighting of a Purple Sandpiper in Illinois and many experienced birders had never seen one in Cook County before. This is about the third Purple Sandpiper that’s been reported in the Wisconsin/Illinois area in the last week. So people are wondering why these birds are showing up well over a month earlier than ever before. Climate change? In any event, that’s my story for the day.

What a great story about the Purple Sandpiper! Within 2 feet? I can only image the scene. What a great shot, too!