QSAR Image Characteristic Artistic Quality – 12. The Story Within the Photograph

Every Picture Tells a Story, Don’t It?

Artistic Quality, the third Image Characteristic of the QSAR (Bird Picture Quality Self-Assessment Rubric) is primarily intended for those who are interested in entering their bird photographs in a photography contest (or to earn a lot of “Likes” on Facebook, Flickr, and GreatBirdPics).  The second Component of Artistic Quality is The Story Within the Photograph.

12. The Story Within the Photograph

I’ll bet that if I had a category for describing the activity the bird is engaged in on GreatBirdPics.com that was called, “Just Perched/Standing/Floating” it would be used for most of the pictures.  This is true for a lot of reasons; the camera “stops” action, it’s easier to get a good picture of a bird when it isn’t moving, and birds aren’t always doing something interesting.  On the other hand, sometimes we do capture a bird in action.

Once in a great while we create a photograph that shows more than action – it tells a story.  The environment the bird is in combined with what the bird is doing can convey a story to the viewer.  It’s not necessary to capture the bird in action to tell a story, but when the photographer captures just the right moment the viewer is able to interpret the scene as part of a narrative.  The more complex the story, the higher quality the photograph.  Below is the Story Within the Photograph Component of the QSAR:

The three Levels of Quality demonstrate how much a photograph conveys a narrative to the mind of the viewer, which determines the quality the photograph; each Level of Quality are explained below with example photographs from the Four Types of Bird Photograph.

The vast majority of my pictures don’t tell a story.  It doesn’t mean they are bad pictures, it just means they are not good enough to enter in a photography contest.  They depict birds sitting/standing/floating – their quality rests more on the technical merits of Focus, Composition, and Lighting.  To illustrate, I’ll be using examples of Common Goldeneyes I’ve taken over the years.

We begin with a Documenting Shot of a female Goldeneye floating on the water.  Poor lighting and poor composition (too small for the frame).  Not much going for this photograph. 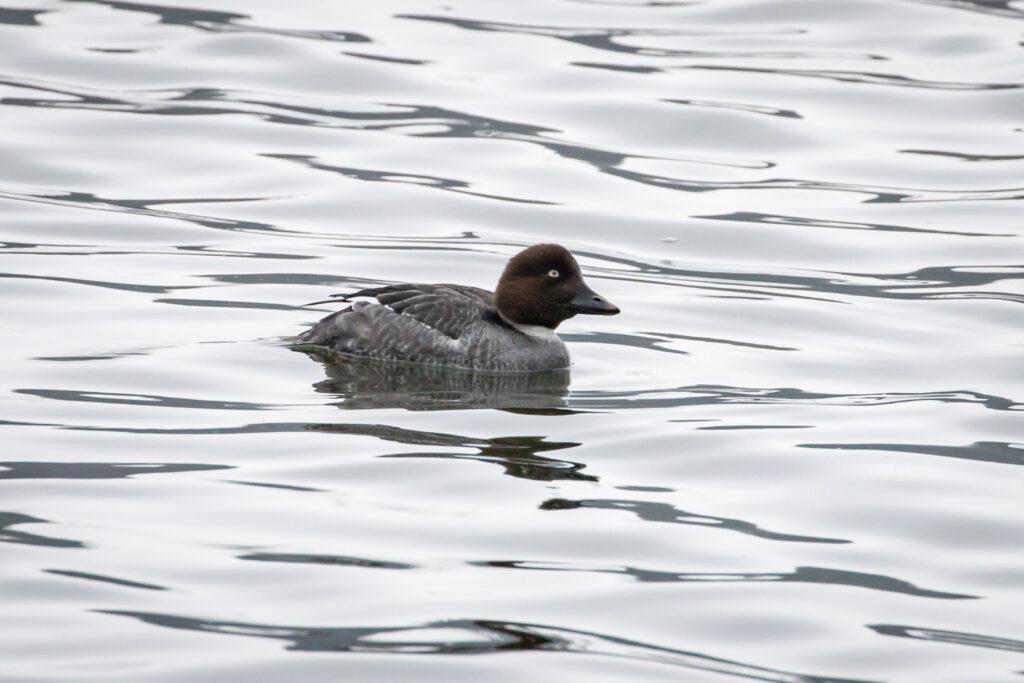 Our next example is of a male Goldeneye floating on the water.  Better lighting and it fits the frame more fully.  No action shown but technically a Good Bird Photo. 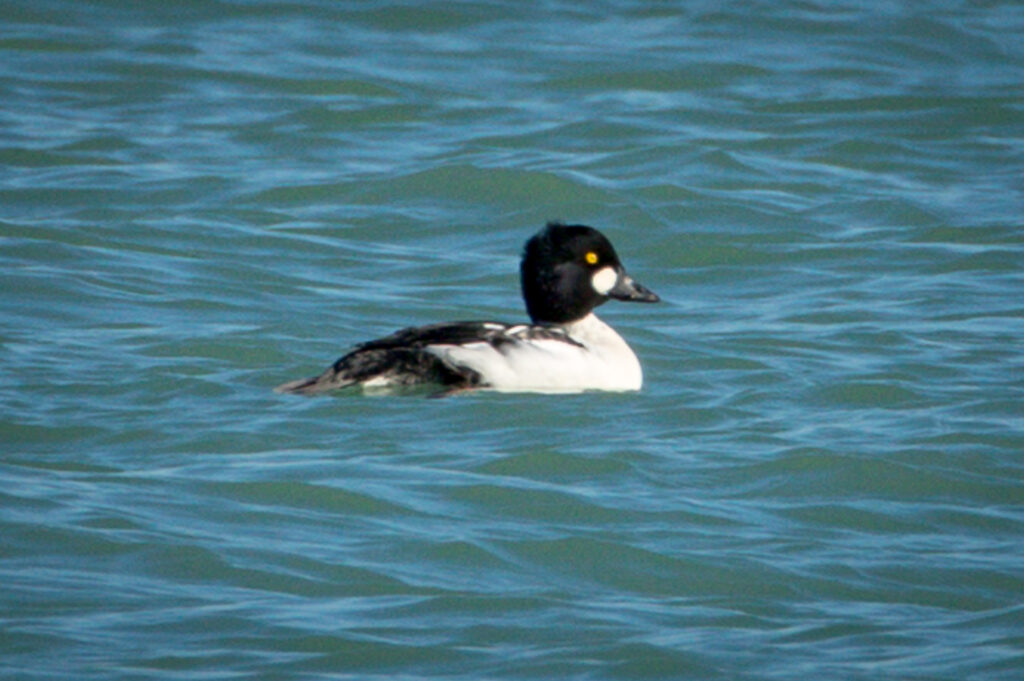 Finally, a GreatBirdPic of a male Goldeneye floating with its beak somewhat open.  It’s technically good and displays the Field Marks of the bird well.  No story is being told here – it won’t win any awards – but a pretty good exemplar of a male Goldeneye. 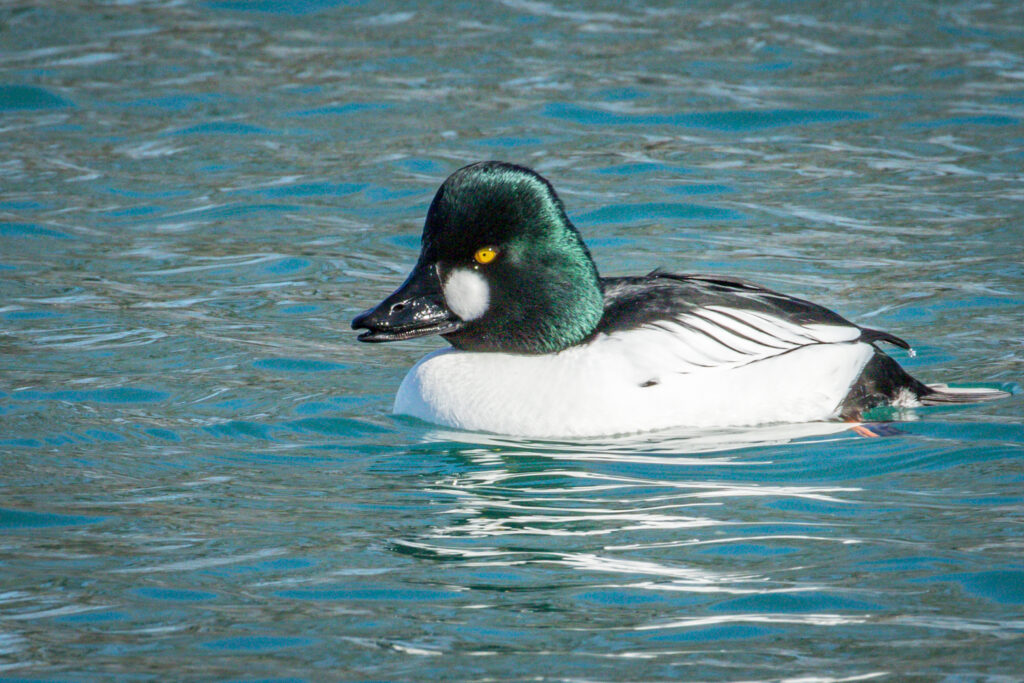 Level of Quality 2: The Photograph Depicts action but falls short of telling a story = Good Bird Shot or GreatBirdPic

Even if a Documenting Shot depicts some action, the poor technical quality of the photograph limits its overall quality.  Photographs with better technical quality (Good Bird Shot and GreatBirdPic) that capture some action will engage the viewer more.  Actions such as singing, flying, foraging for food or eating, and swimming are all interesting activities viewers like to see.  We learn more about the bird when we see them in action.  Action doesn’t necessarily convey a story, however.  Seeing a bird singing is interesting and elevates the quality of the photograph, but it may not be enough to prompt the viewer to build a story surrounding the bird.

Here are a couple of Good Bird Shot quality photographs that show some action.  Our first one displays the male in a “Masthead” breeding pose.  A little small for the frame and poor lighting, but the action displayed, including the wake of water behind the bird elevates the quality. 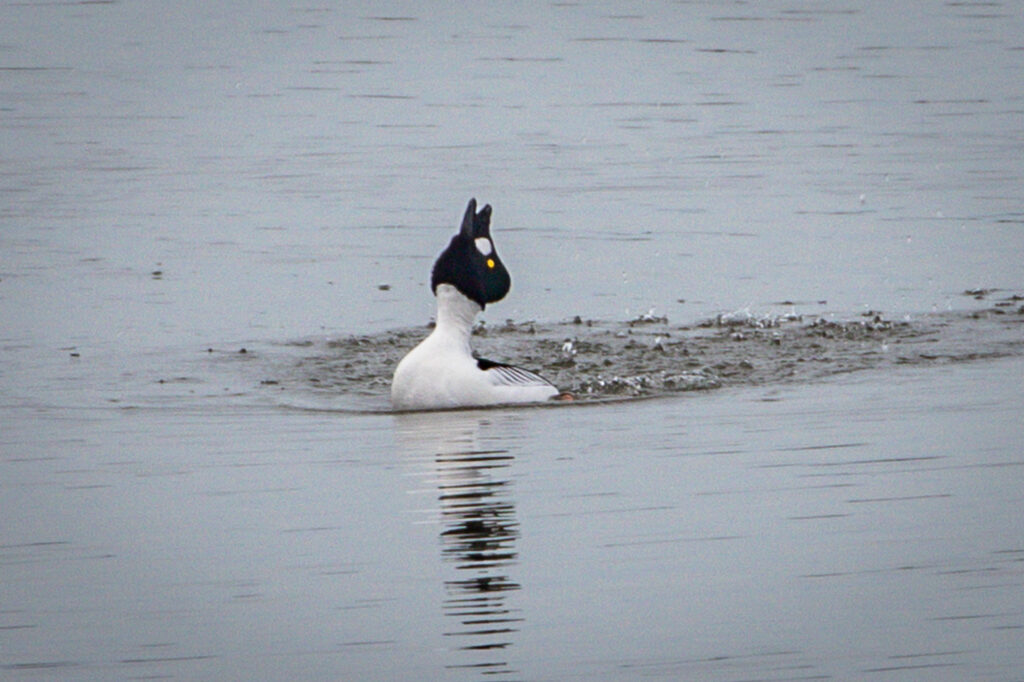 I like taking Bird in Flight (BIF) shots because they are so challenging.  Trying to keep the camera focused on a bird streaking by is no easy task.  Factor in the lighting and angle of the bird to the camera and it can be very tough to end up with any decent shots.  Below is a decent shot but poor lighting detracts from the photograph.  However the flying action is interesting – it’s better than just sitting in the water. 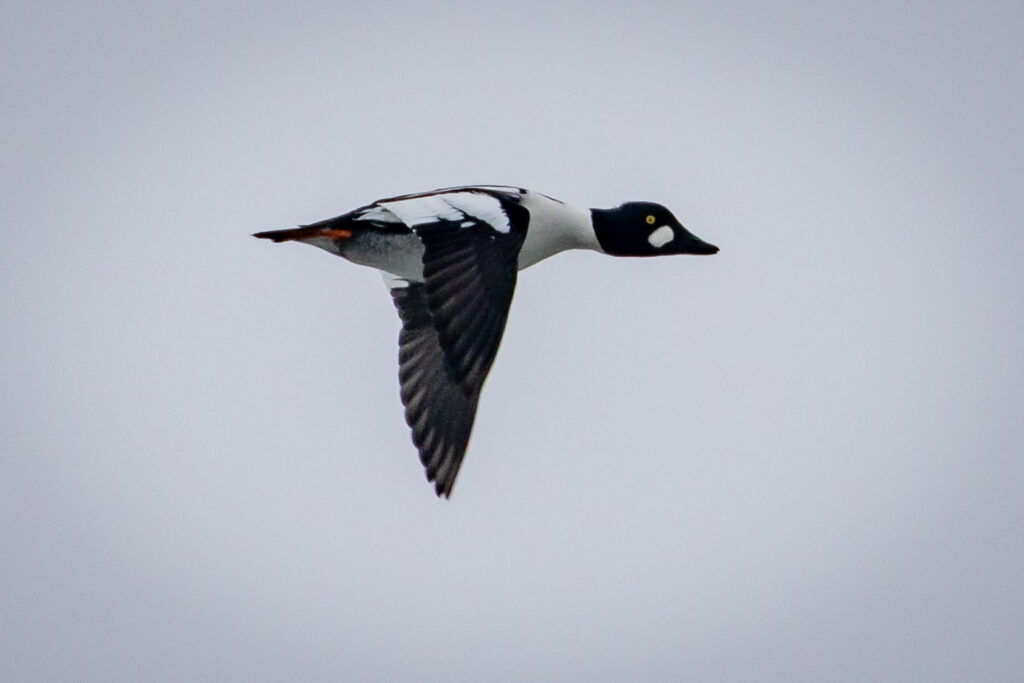 Our final Good Bird Photo example shows a female rearing up out of the water.  A little bit of action but poor lighting and a bit too far away to get a good look at the bird. 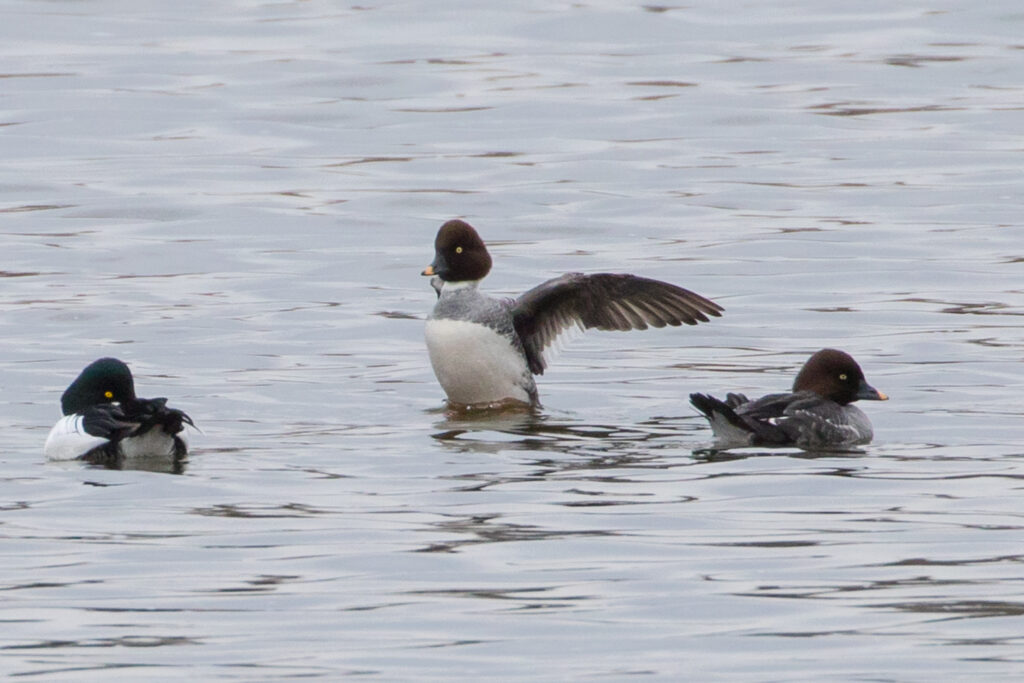 Moving on now to GreatBirdPic quality photographs in the second Level of Quality.  As you can see below they have better technical qualities than the images above.  They depict some action but fall short of telling a story.  Our first example is pretty good – again it show the “Masthead” pose and includes some vocalization and even some foot action. 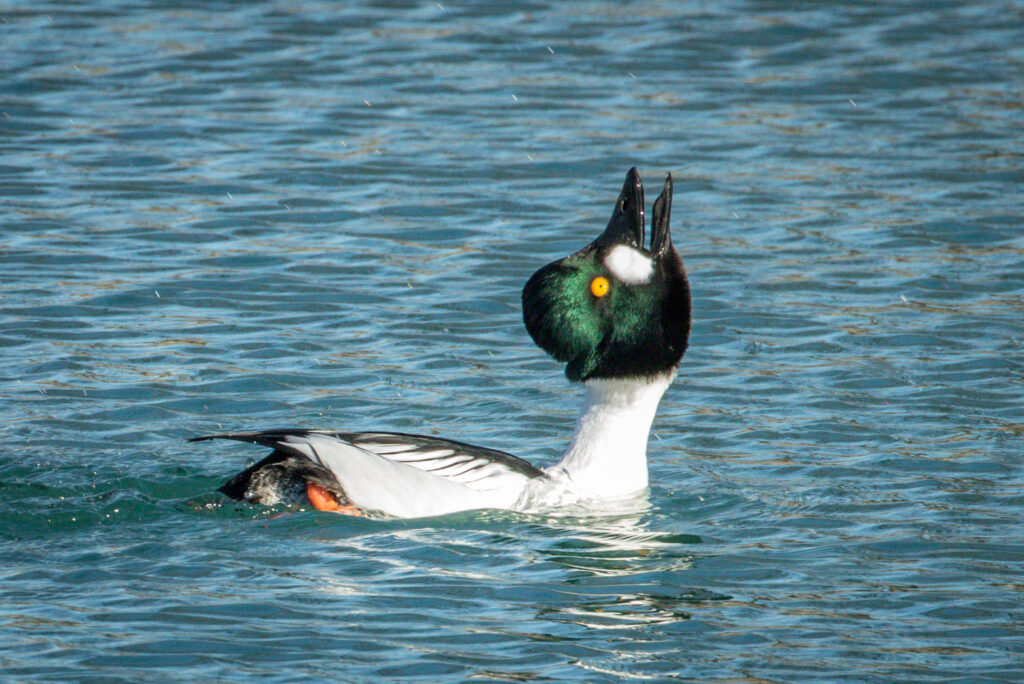 Here’s a better BIF picture with not one, but two Goldeneyes!  Pretty good lighting helps this one. 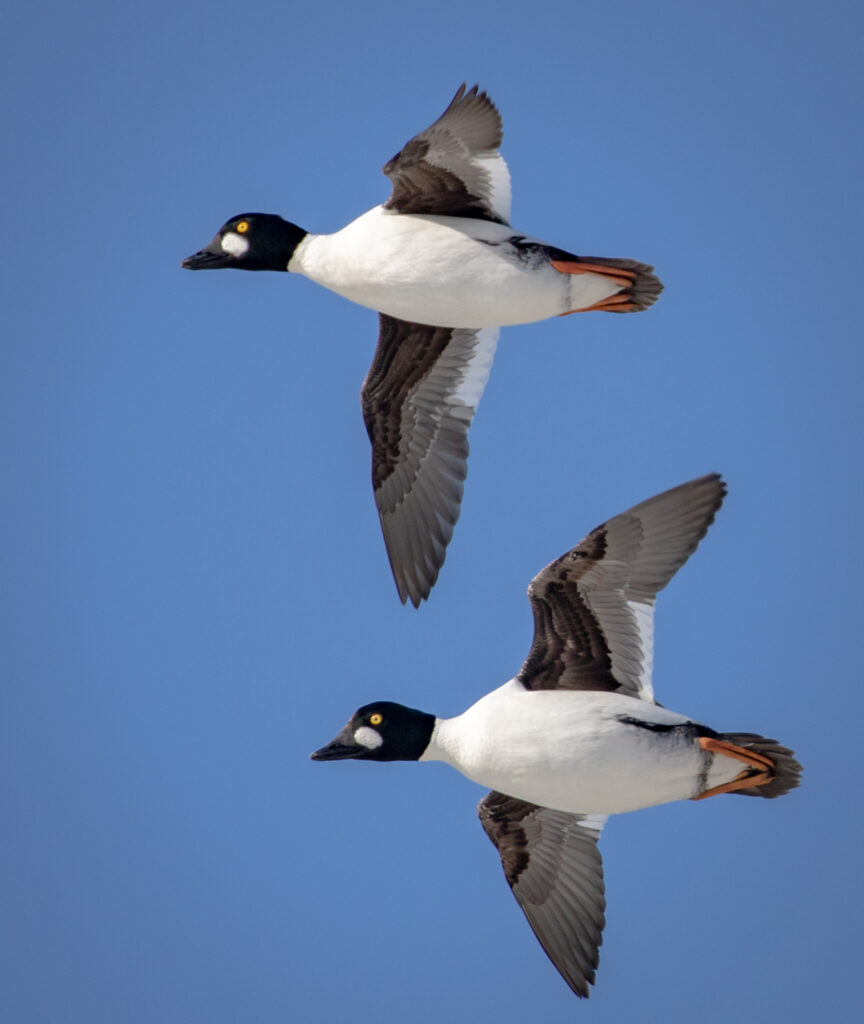 Here’s a GreatBirdPic of a male rising up out of the water, flapping his wings.  Nice action, but not Award Worthy quality (remember just a small percentage of shots are that quality). 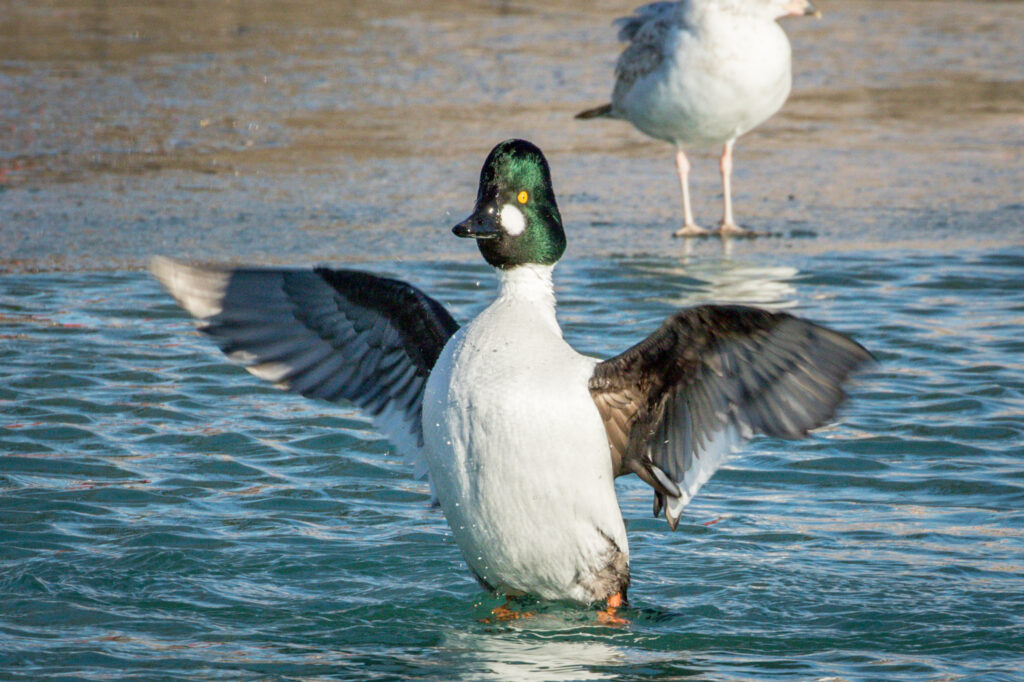 Finally a “Fun” pic.  I get a kick out of seeing birds engaged in activities we usually associate with humans (or in this case dogs).  The scratching “activity” makes this image more interesting. 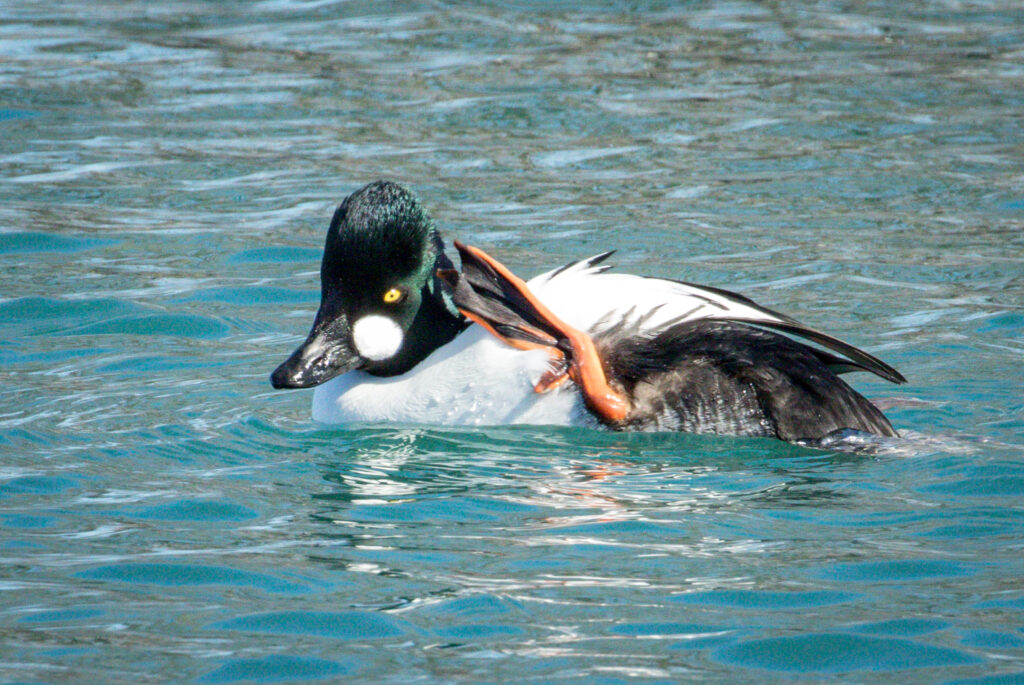 Level of Quality 3: The photograph tells a story = Award Worthy

As previously stated less than 1.5% of my bird photographs are Award Worthy quality based on their technical merits and content.  I’m guessing less than half of those tell a story.  As shown above, action alone doesn’t convey a narrative.  The captured moment of the bird needs to include an activity that the viewer can infer what happened before, during, and after the shot to construct a narrative.  Our first shot shows a male displaying a “Head Throw” and a female exhibiting “Jiving,” both part of a mating ritual.  It tells a story about this pair of Goldeneye. 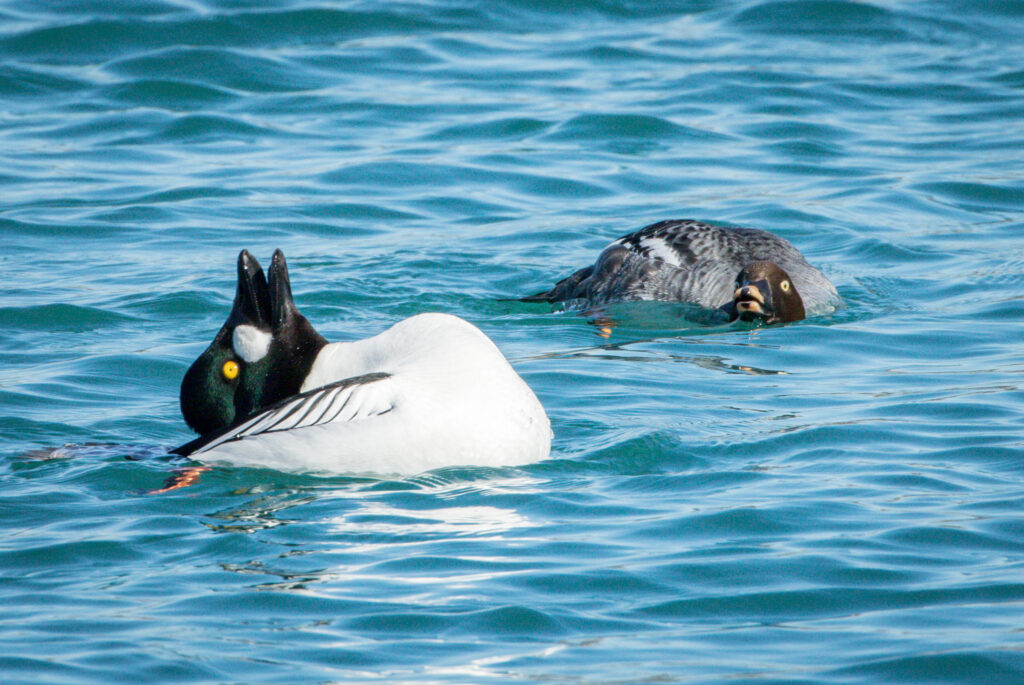 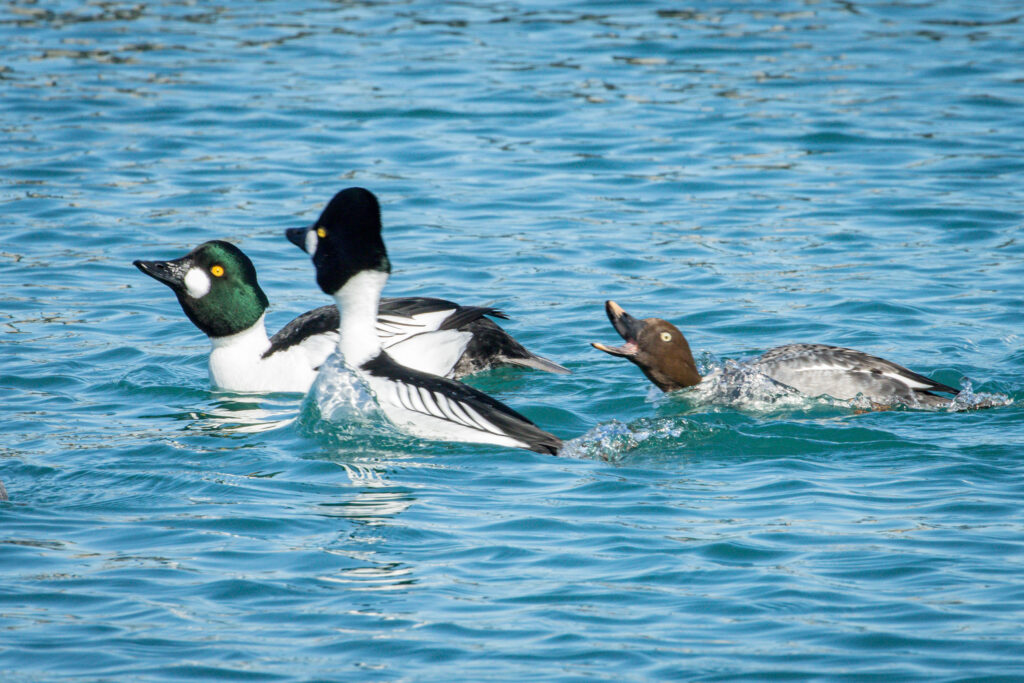 Our final Award Worthy example is of a male in the “Masthead” pose but adding in the “Kick” of water to attract a mate.  Did it work? 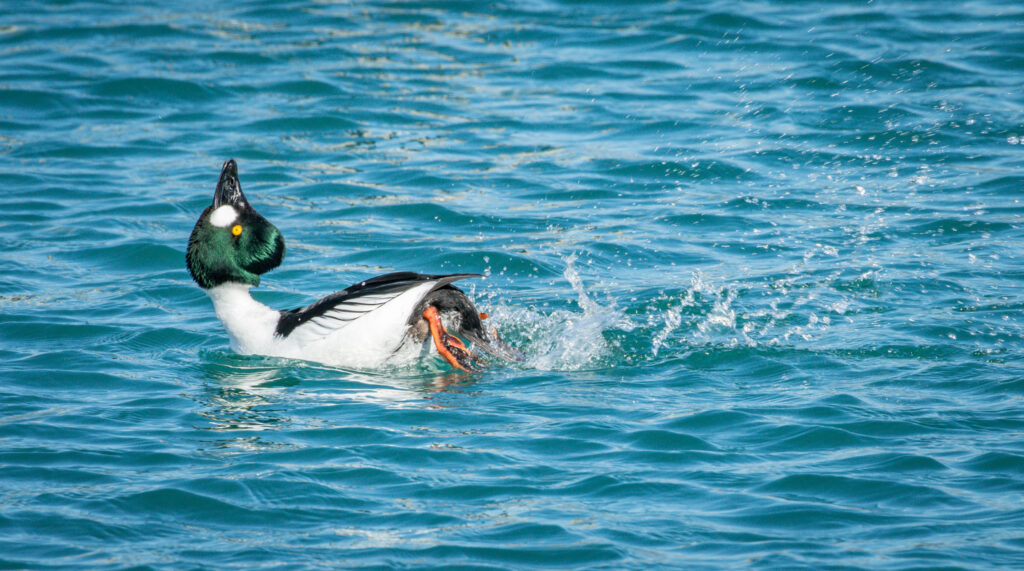 When looking at each of the previous three pictures a viewer sees more than just pictures of birds.  They see the birds in action and interacting with each other – the viewer is able to construct a narrative, or story, of what they are witnessing.

You may never enter a bird photography contest, but if you do, select a photograph that tells a story.  The judges will love it!

Next, we look at the final Component of Artistic Quality, 13. Impact.

If you would like to learn more about GreatBirdPics.com Click Here.  Members can post their own Great Bird Pics, communicate with other members, and will receive regular emails about bird photography.