Did You Guess Correctly?

Not long ago someone emailed me an article from the AppleNews feed that was originally published in The Smithsonian Magazine about a paper published in the Journal Proceedings Of The National Academy of Sciences (the Smithsonian article can be found HERE).  The scientific paper reported that there were about 50 Billion birds in the world and named the four most widespread species.  Here are those four species, in order:

Ranking first with an estimated 1.6 billion birds, the House Sparrow was an easy guess.  I have observed these hardy birds in four continents – they’re everywhere!  At one point I toyed with getting a picture of one from every country I visited but soon felt like it wasn’t worth the effort.  Nonetheless we still have 19 photos of House Sparrows in our database, including this great one from Birder2011. 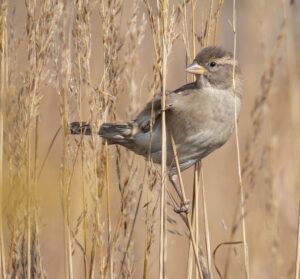 The next species on our Top Four list may not have come to mind, unless you were out driving recently and saw 100 of them perched on the phone lines.  The European Starling is not native to North America but can be found in large numbers here.  It’s estimated there are 1.3 billion European Starlings in the world.  LinLark contributed this one to our collection: 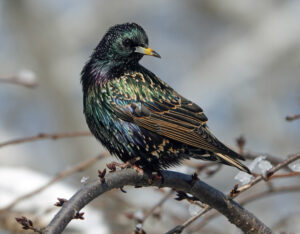 Our next bird weighs in with about 1.2 billion individuals around the world.  If you’ve been to the beach I’ll bet you saw lots of Ring-billed Gulls.  Gurineb snapped this one while visiting St. Joseph, Michigan, right on Lake Michigan. 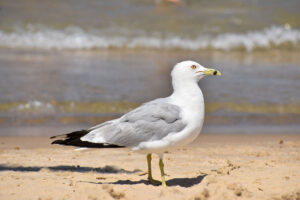 I’ll bet not many people guessed the fourth most populous species – the Barn Swallow.  Estimated to have a population size of about 1.1 billion, the Barn Swallow is found throughout the Northern Hemisphere during the summer and then migrates to the south in the winter.  Osprey60 got pretty close to get this great shot.

How did you do?  All those who guessed all four get a feather in their cap!

If you would like to learn more about GreatBirdPics.com Click Here.  Members can post their own Great Bird Pics, create an online gallery of their pics, and will receive regular emails about bird photography.

Quite informative. I did not participate as my thoughts would truly be guesses!