Some Birds With Red Eyes

As I was looking through some of Rebecca Bowater’s recently shared photos I came across this Spangled Drongo – with bright red eyes. 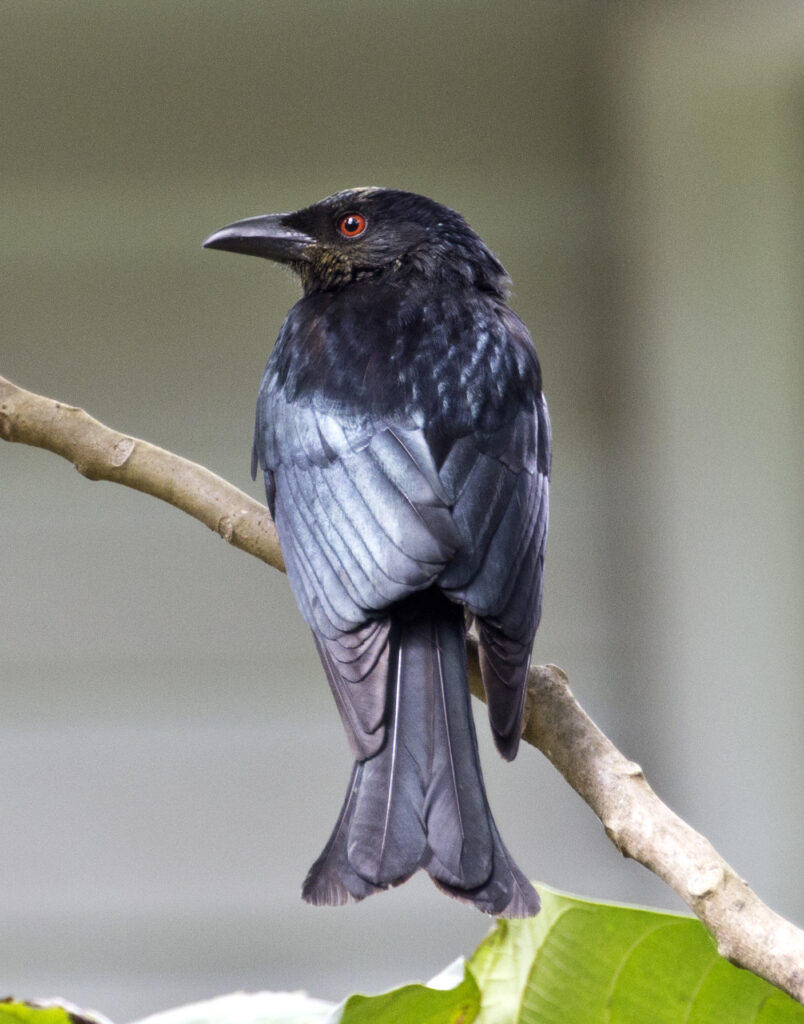 She captured this lovely bird in Queensland, Australia and it made me think of other birds with red eyes.  I tried to do some research on why certain species have red eyes and I couldn’t come up with anything conclusive.  If you know why, let me know! 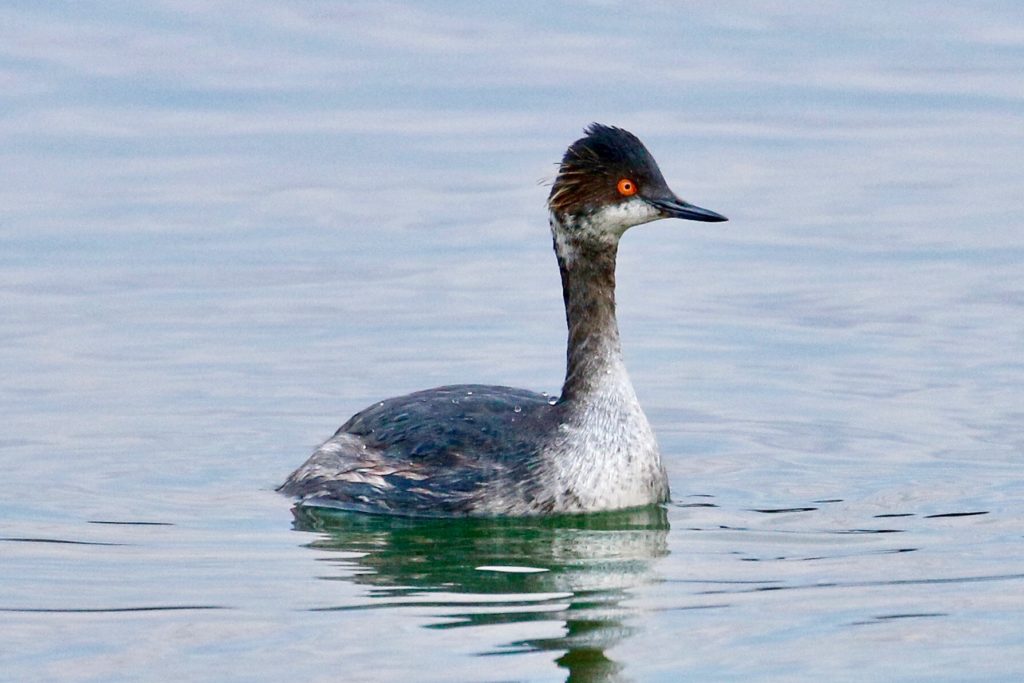 Not to be left out, the Eared Grebe’s cousin the Horned Grebe also has red eyes, as evidenced by this shot from asteinmann, taken in Alaska. 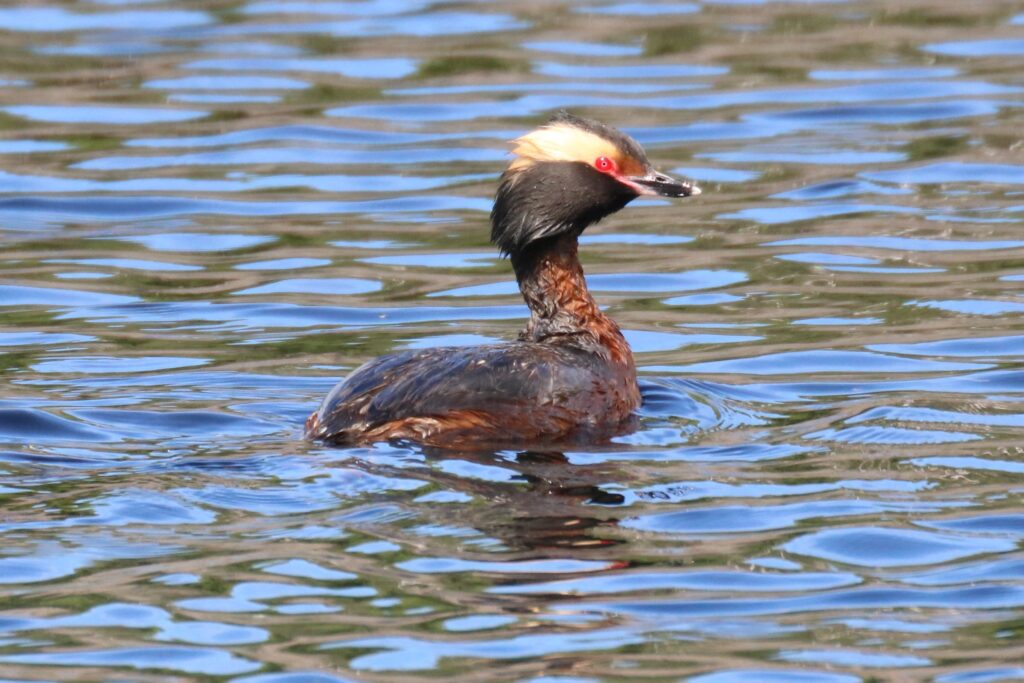 Red Breasted Mergansers also have vivid red eyes.  Like the grebes above, they are winter migrant visitors to the midwest, appearing around November.  The first image is a male, the second a female – I took both of them in Michigan. 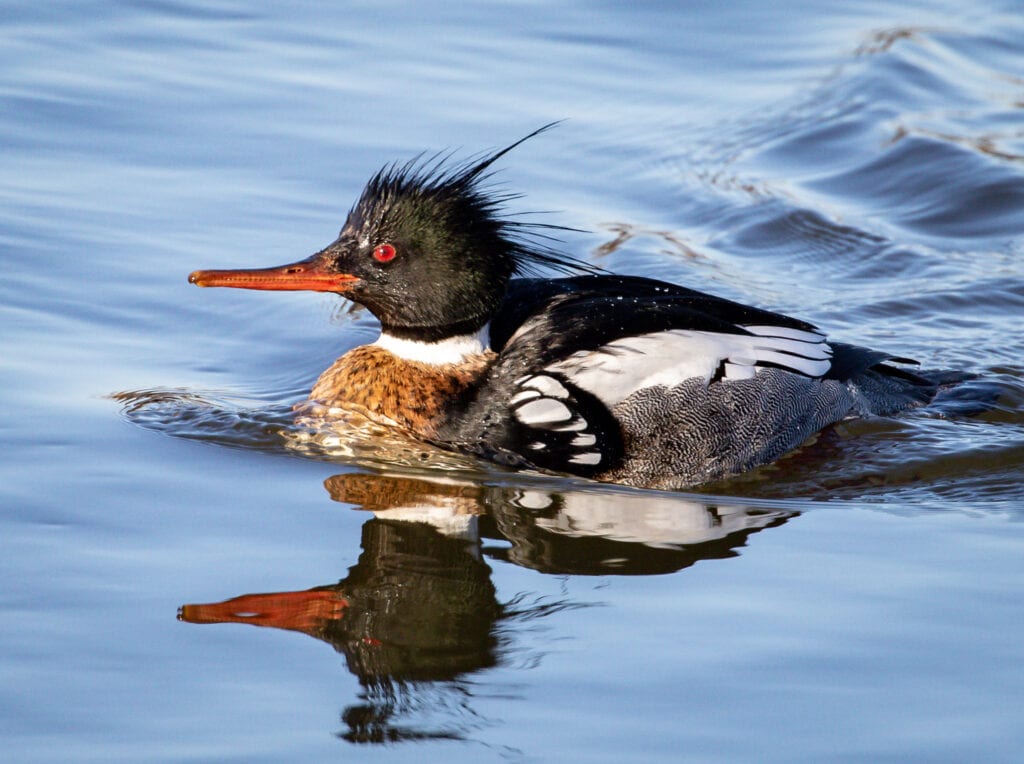 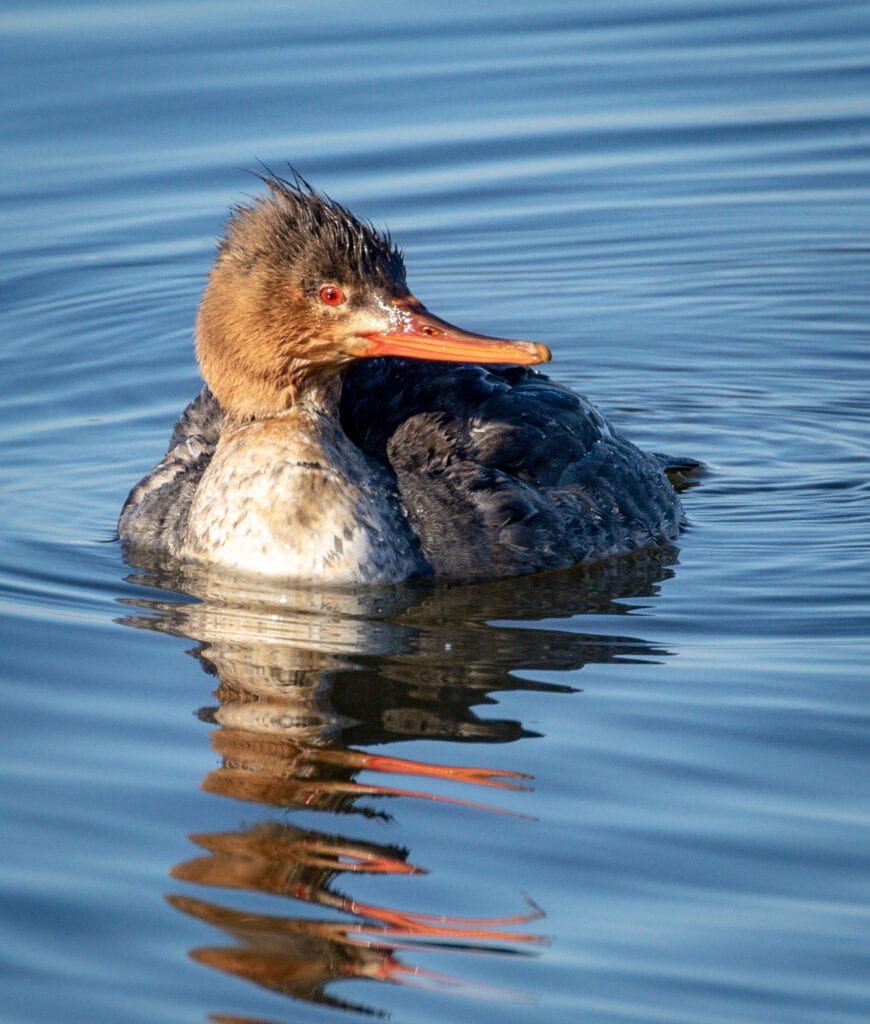 Another striking bird with red eyes is the Eastern Towhee.  LinLark captured this one in her backyard in Illinois. 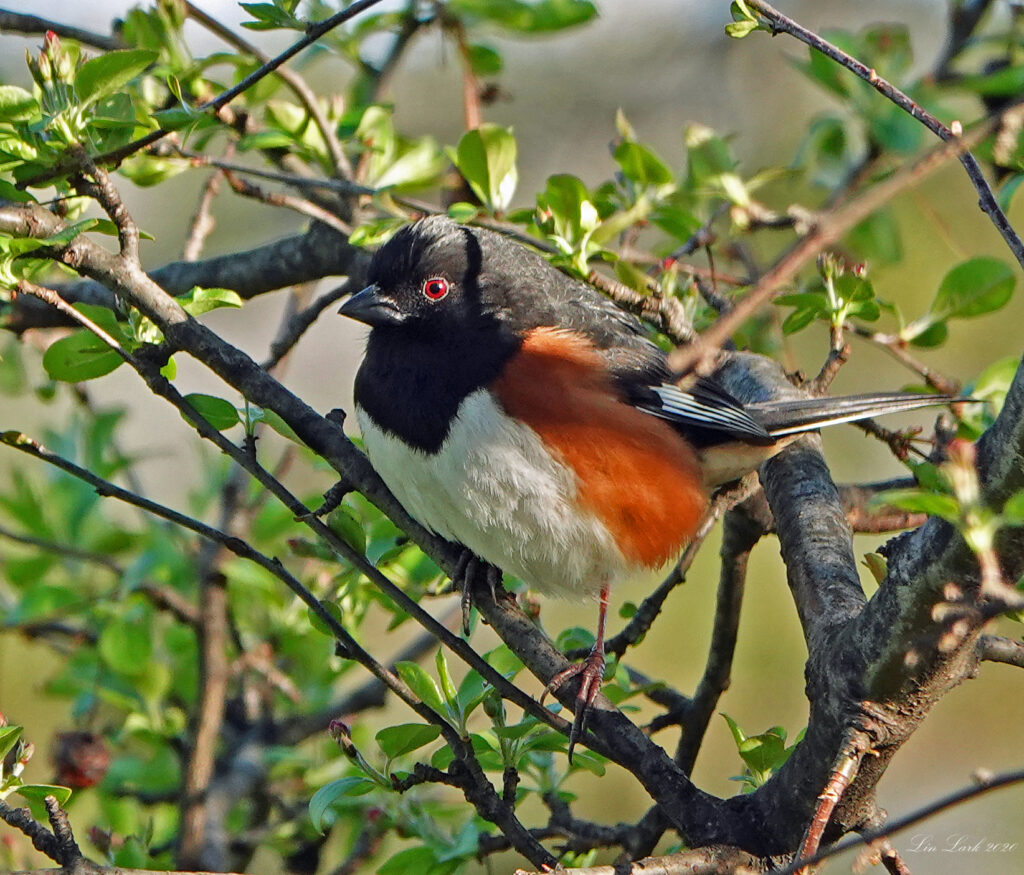 Finally, we can’t leave out the bird that is named after their eyes – the Red-eyed Vireo!  I’ve taken quite a few pictures of these small birds and rarely have I captured the red eye as well as Emil Baumbach did in this one.  Great job, Emil! 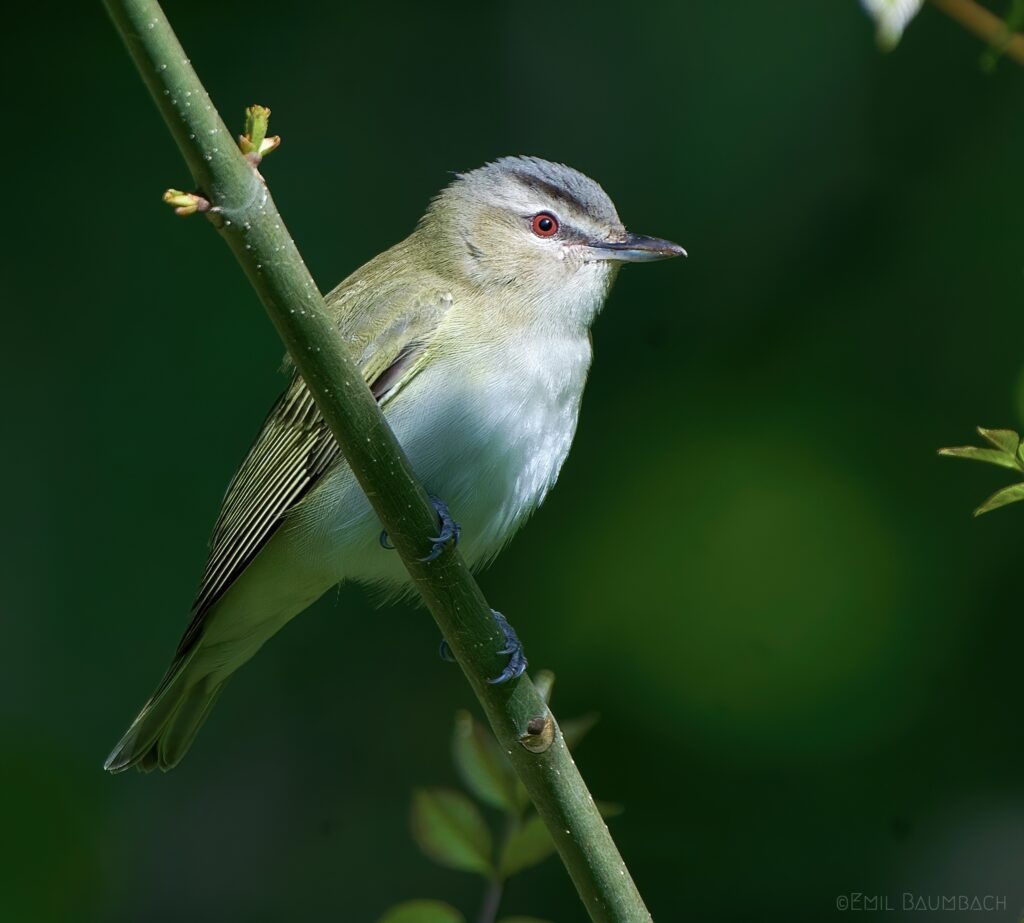 There are other species with red eyes such as the American Coot, Cinnamon Teal, and several other types of grebes.  Send in your pics if you have more and I’ll feature them in the future.

If you would like to learn more about GreatBirdPics.com Click Here.  Members can post their own Great Bird Pics, create and online gallery of their shots, and receive regular emails about bird photography.