The Many Colors of Cardinals

Cardinals Come in A Variety of Colors

The Northern Cardinal is a favorite bird for many people for good reason.  The males often sport bright red plumage and often show a peaked crown on top of its head.  Females can be equally striking in a golden brown plumage with red highlights.  They are found in the Plains states to the East Coast and from Canada to Florida.  In fact the Cardinal is the State Bird for seven U.S. States (Illinois, Indiana, Kentucky, North Carolina, Ohio, Virginia, and West Virginia).  They readily come to feeders and are often the first birds there in the morning and continue to feed well after sunset when most other birds have retired for the evening.  Today I thought I would feature some of my Cardinal pics to show the variety of colors they exhibit.

First off we have a stunning female.  Recognize that rope it’s perched on?  Yup, it was at Montrose Point. 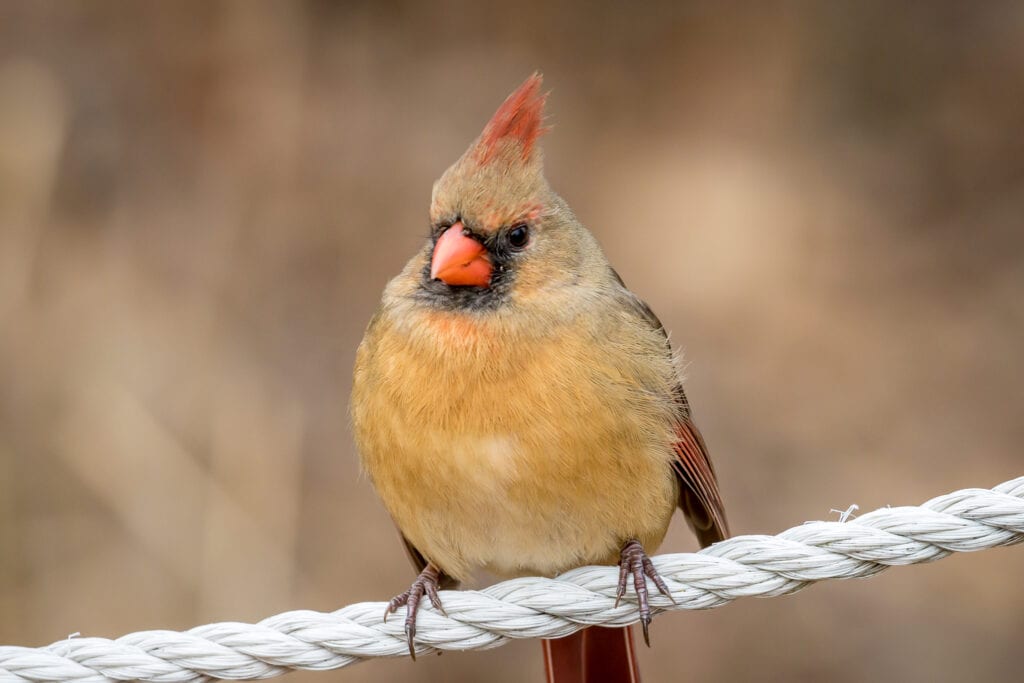 Another one from Montrose Point, this time of a male that was feeding and had some residue stuck on its bill. 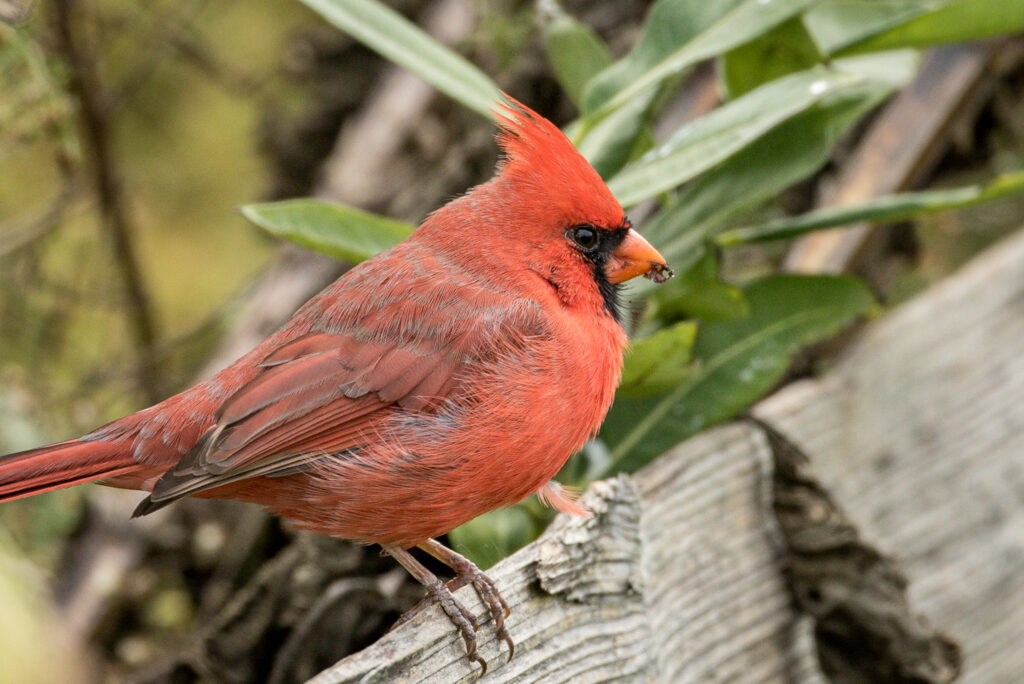 Here are a couple of Changlings – as their plumage transforms them they are in the process of becoming adults.  Note in both cases the bills, which are black as juveniles, are becoming the orange of an adult. 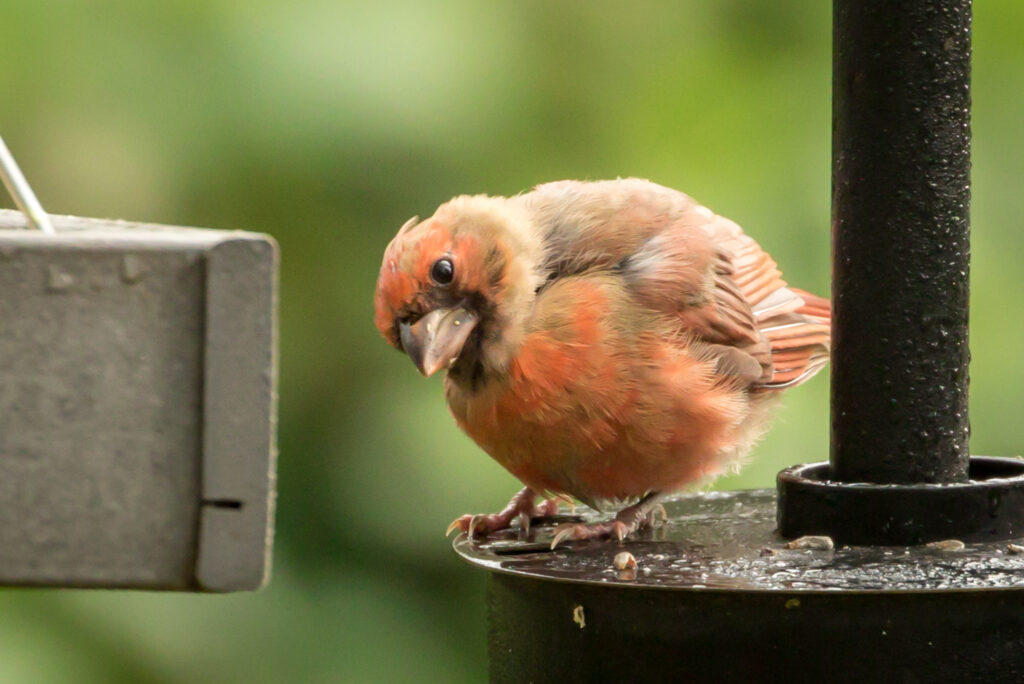 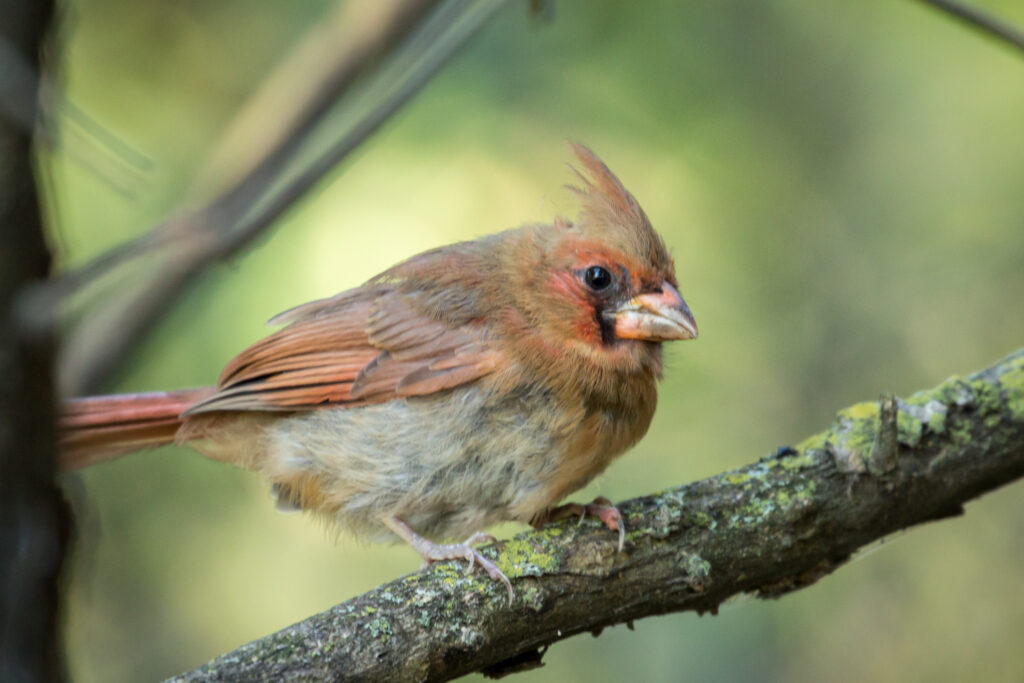 Here’s one more of a male feeding in the wild.  Such rich colors! 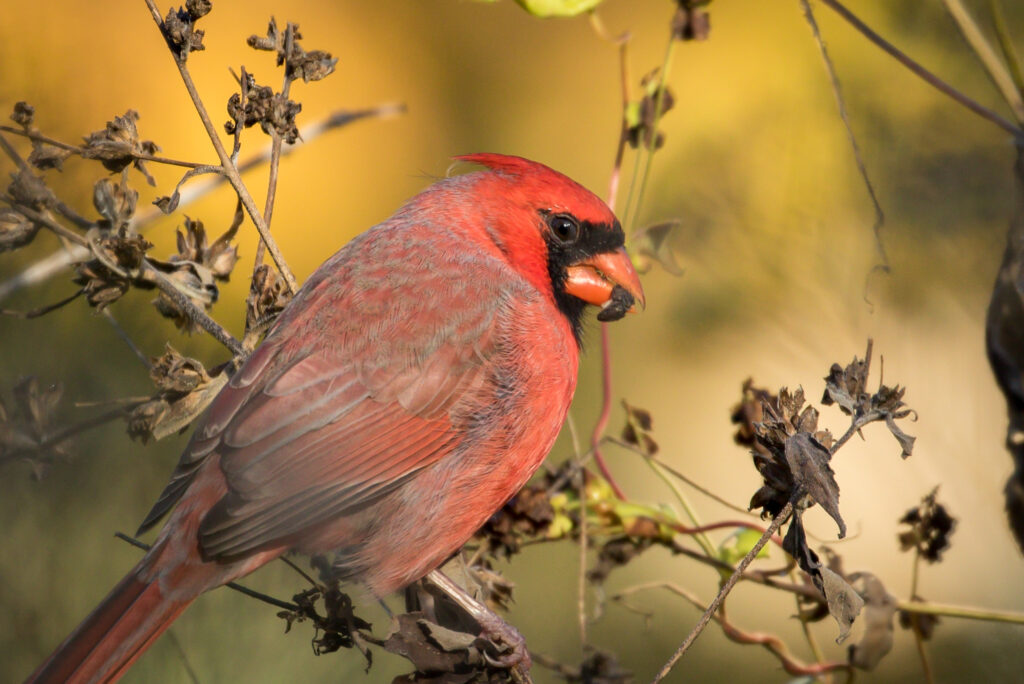 Finally, one of my favorite Cardinal pictures which was taken at the home of our good friends Carl and Judi in Holland, Michigan a couple of winters ago. 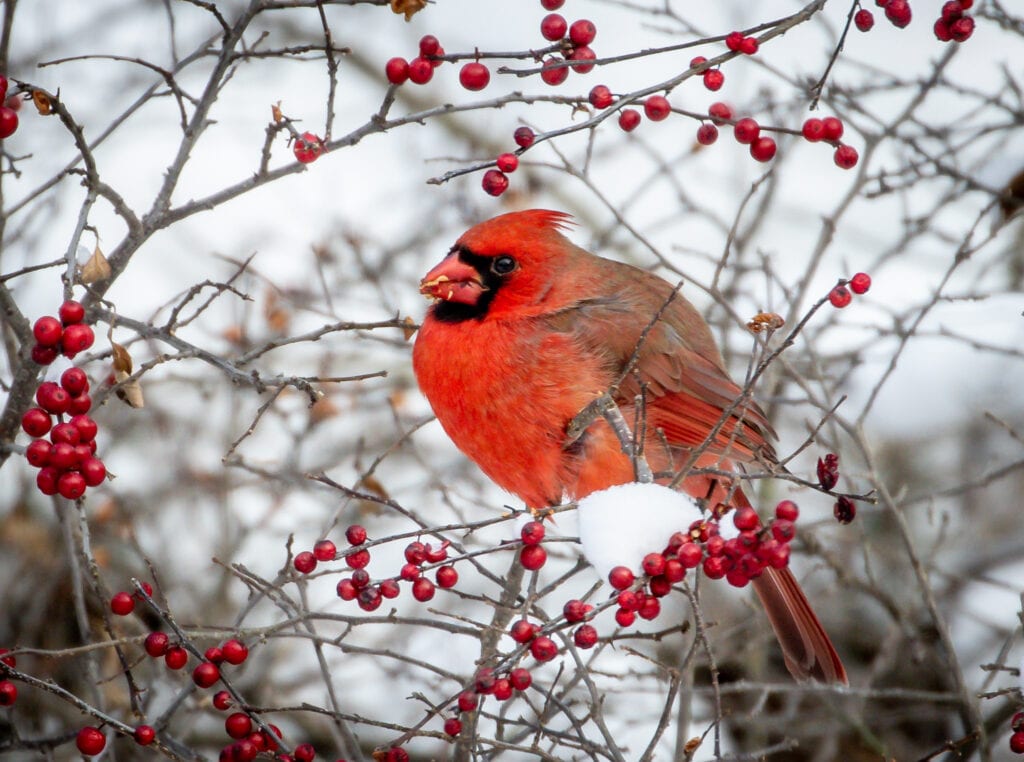 Do you have a favorite bird?  Send some pics of it in for us to enjoy.

If you would like to learn more about GreatBirdPics.com Click Here.  Members can post their own Great Bird Pics, will create their own online gallery of their shots, and receive regular emails about bird photography.