Who is Chasing Who?

Recently we were our with Birding Buddy Mark at West Branch FP looking for a Merlin (nope) and a Le Conte’s Sparrow (nope) but we did see some cool sights.  There was a large (estimated to be at least 300) flock of Red-wing Blackbirds moving around from the ground up into the trees.  Some of the smaller groups would mass and move as one (like a murmuration) but when the entire flock took to the air it was just a mob of birds!

Although there were some males in the flock, most were female like the one below: 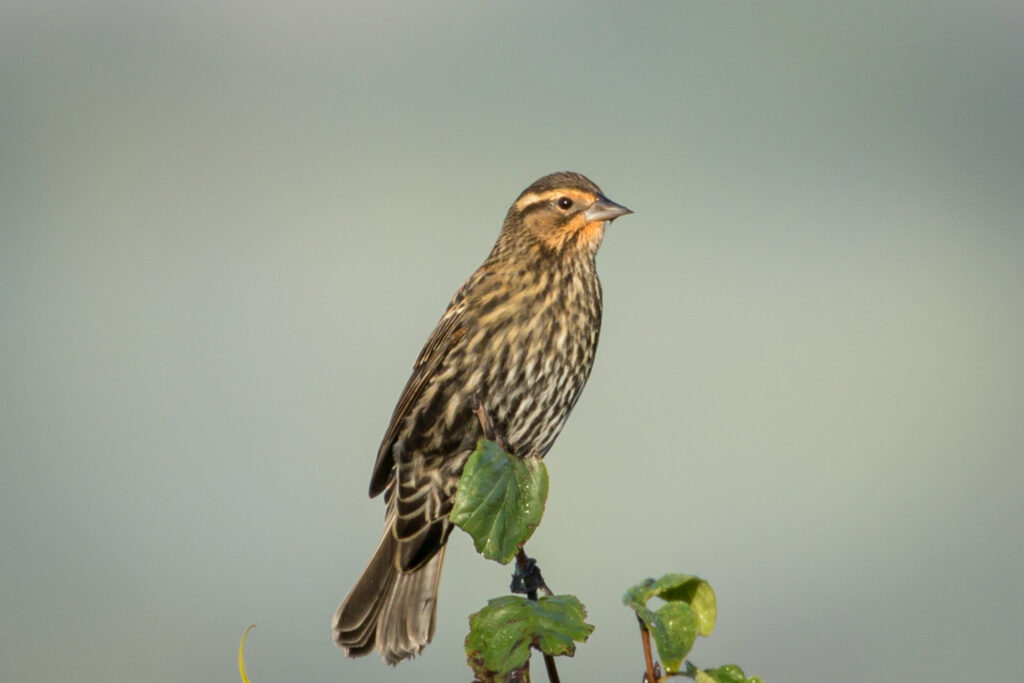 They gathered in the trees in the distance after feeding on the ground, making it look like a huge Christmas Tree with black lights! 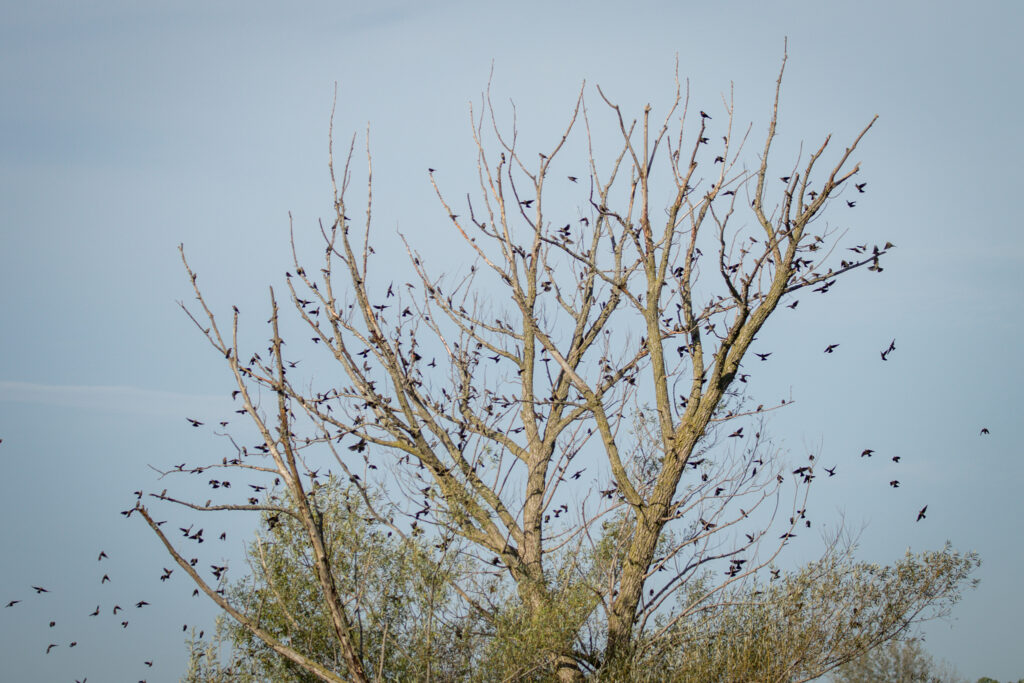 While we were observing a variety of sparrows a couple of Cooper’s Hawks flew in from the north.  They separated as they approached us and I followed one as it flew over toward the Red-wing Blackbirds.  The whole flock took to the sky surrounding the Coopers Hawk – we didn’t see any of them attack the hawk but it was like they were escorting it through the area.  Here’s a shot of the hawk and the mass of Red-winged Blackbirds: 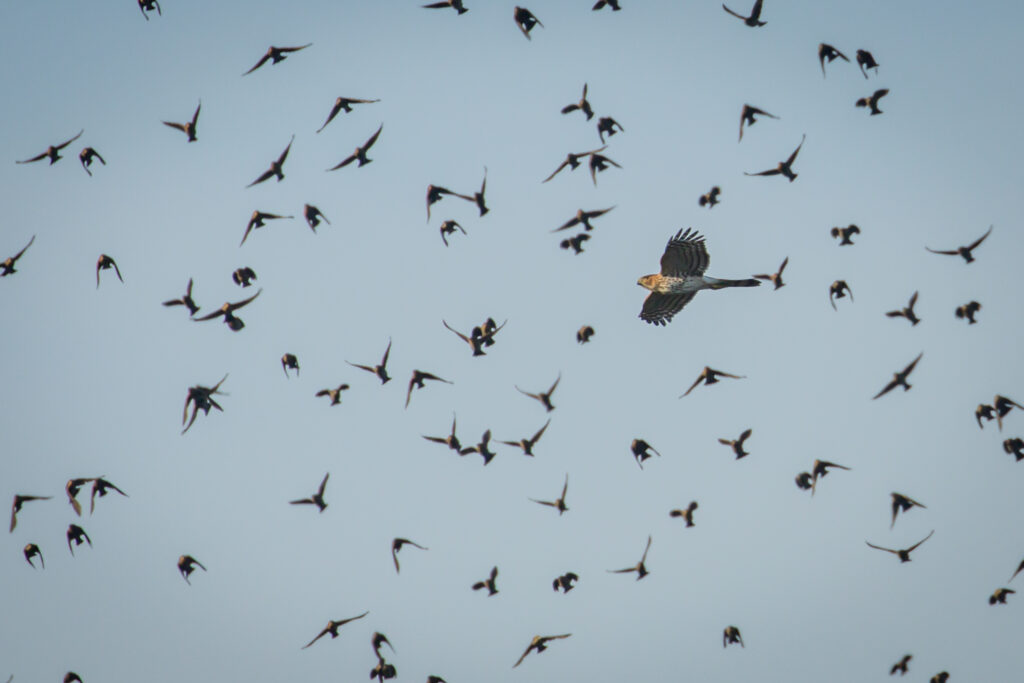 Eventually the hawk settled down to roost in a tree, preening and resting.  None of the blackbirds approached – they pretty much stayed away.  It was a fascinating little drama that played out right before us in the sky.

If you would like to learn more about GreatBirdPics.com Click Here.  Members can post their own Great Bird Pics, create an online gallery, and receive regular emails about bird photography.