Winter Bird Photography – From Your Car

Photographing Birds From Inside Your Car In Winter

Even though the past week has been frigid (temperatures in our area have been fluctuating between -3° and 10°) that hasn’t stopped me from getting out to do some bird photography.   Most of the time I am taking pictures from inside the car because it is just so cold outside.  What can be found in the dead of winter by the road?  Country roads in the northern half of the U.S. can have a variety of birds in the winter such as Lapland Longspurs, Horned Larks, Tree Sparrows, Snow Buntings and Snowy Owls.

Note: The techniques below are for for use on lightly traveled country roads.  Do not attempt on a busy street!

Dress Warmly – Even though you will be inside the car you will have the windows open (see below) and it will get cold.

Use Your Car As a Blind – Your car can creep up on birds closer than you can when walking.  You won’t necessarily drive right up to them, but you can get pretty close.  As you are preparing to stop, angle the car so you have an easier shot through the window at the birds up ahead.  A corollary: let someone else drive.  It’s hard to steer and watch for birds while holding on to your camera and binoculars.

Turn Off Your Engine After Stopping – I learned this in Africa on safari.  The open-topped vehicle we were touring in would stop for wildlife and when I would aim my camera at the target I noticed the image in the viewfinder was jiggling.  The engine, even when idling, sent vibrations through the vehicle at a thousand RPMs.  When I asked the driver to cut the engine the jiggling stopped and I was able to get my shot.  The same thing occurs in a car; even when put into Park a running engine vibrates the car enough to make it hard to get a clean shot.  Here’s a recent example of what should have been a good shot but “muffled” by engine vibrations: 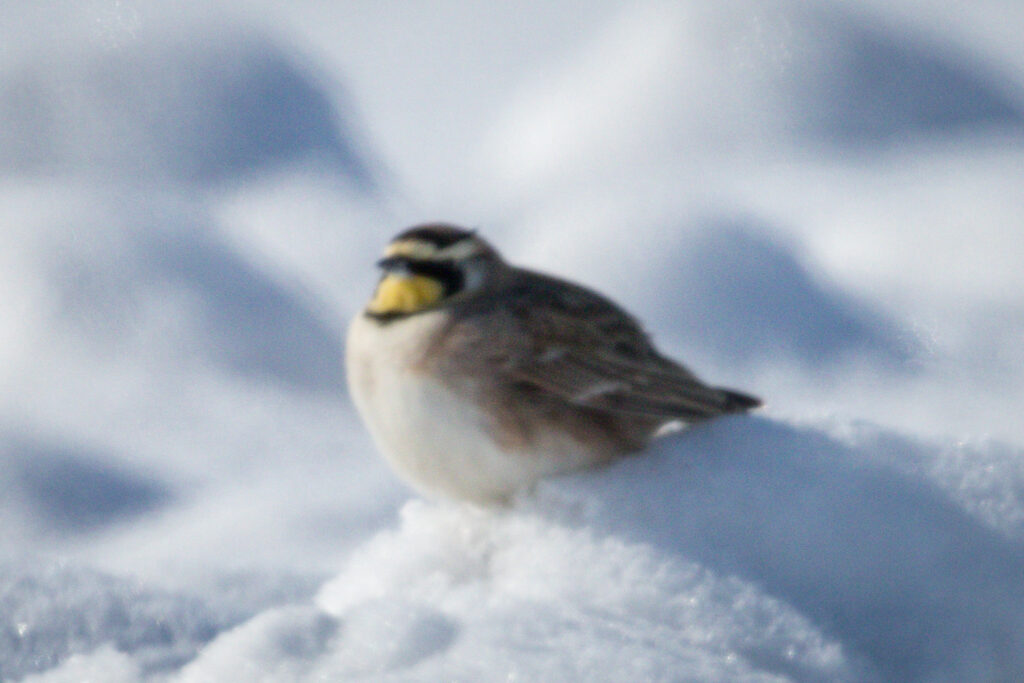 Don’t Take Pictures Through the Car Window – The window glass may look clean but it will distort your pictures.

Open Your Windows – After you stop the car, open the front two windows.  Yes the cold comes in, but the heat going out is important.  You’ve seen “heat waves” as you look down a road on a hot day – ripples of air above the surface.  The same thing occurs when taking pictures from inside your car – the camera will see “ripples” of warm air streaming out of the cabin and can distort the image.  Letting the warm air out through the windows decreases this disturbance.  If it doesn’t disturb the birds I poke the camera lens out of the window, reducing the effect of the warm air flowing from the cabin.

Use Your Warning Lights – Most of my winter birding from the car is done on country roads that are less traveled.  Nonetheless, some residents go barreling down these two-lane roads at high speeds and don’t expect to see a car moving very slowly or stopped ahead.   The warning lights will catch their attention as they approach.  Don’t be surprised if some of them pull over and check to see if you’re OK; that’s what they do out in the countryside!

Resist the Temptation to Chase Birds Down the Road – Once I pull the car up to view some birds foraging at the side of the road I try and stay there for awhile.  Pretty soon they forget the car is even there and move up and down the shoulder foraging for food – they can get pretty close.  Sometimes another car comes along and chases all the birds away, but you should sit tight for a minute or two.  I’ve often found that they come back to the same spot, or even closer, so you can get some even better shots.  Recently I stopped to photograph some Lapland Longspurs and they stayed near my car for over 30 minutes.  Below is one of the shots I took that day: 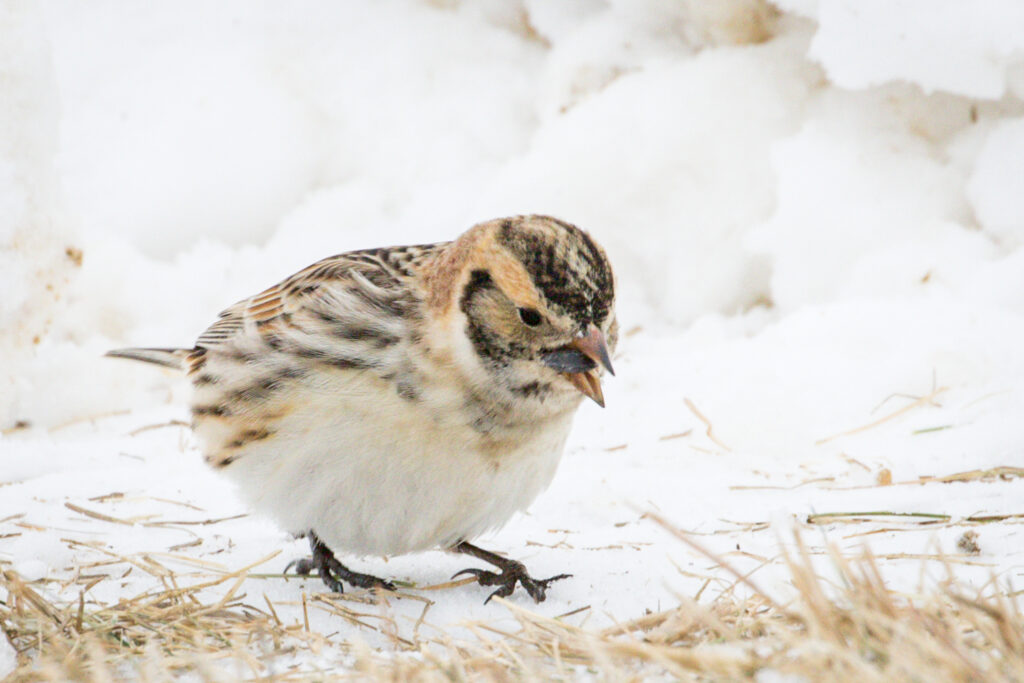 Our next installment of “GBP Notes” will focus on camera settings when taking pictures in the snow.  Until then, have a nice weekend.

PS – If you’d like to learn more about GreatBirdPics click HERE.  If you want to jump in an add your beautiful bird images to our site you can become a member by clicking HERE.