Our first stop at Horicon Marsh was the International Education Center.  We arrived at 8:45 (after leaving home at 6 AM) and one of the employees was kind enough to allow us in before the official opening time of 9 AM.  She was very helpful and suggested the best areas to spend our day there.  The Education Center is located at the southernmost border of Horicon Marsh and is surrounded by open fields on three sides and the marsh to the north of it.  Three of the six types of swallows that are regularly found in the midwest were flying around the grounds of the Education Center. 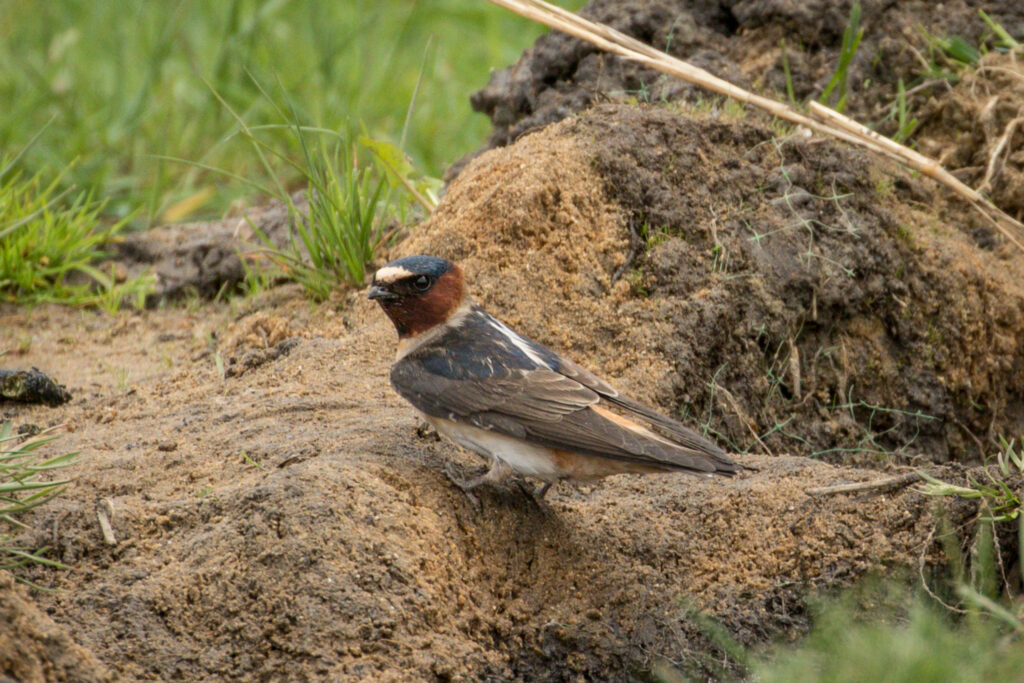 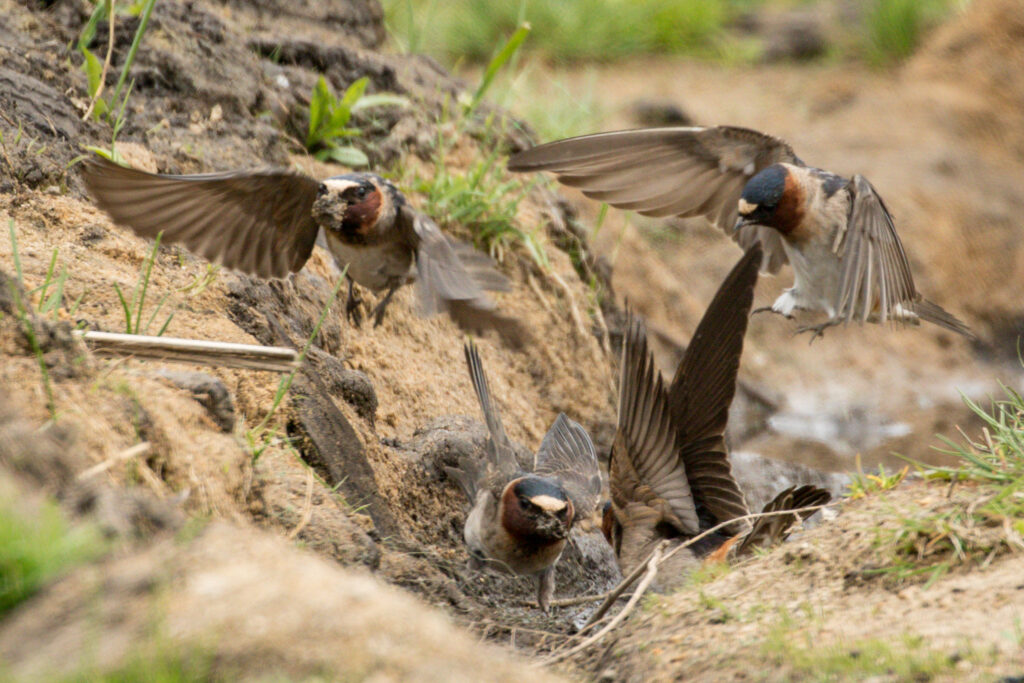 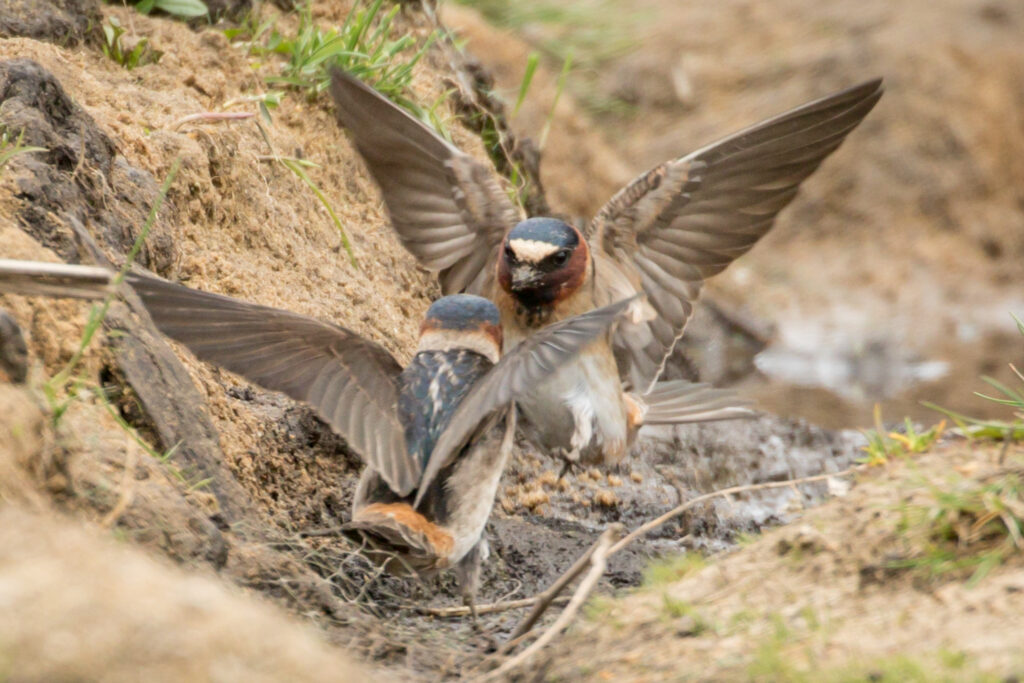 The second-most numerous swallow there was the Barn Swallow.  I couldn’t capture one in flight but did spot a pair on their nest beneath the eves of the Education Center.  Look carefully at the two thin feathers coming out from under the bird to the right.  In flight these tendrils are easy to see and help ID the Barn Swallow. 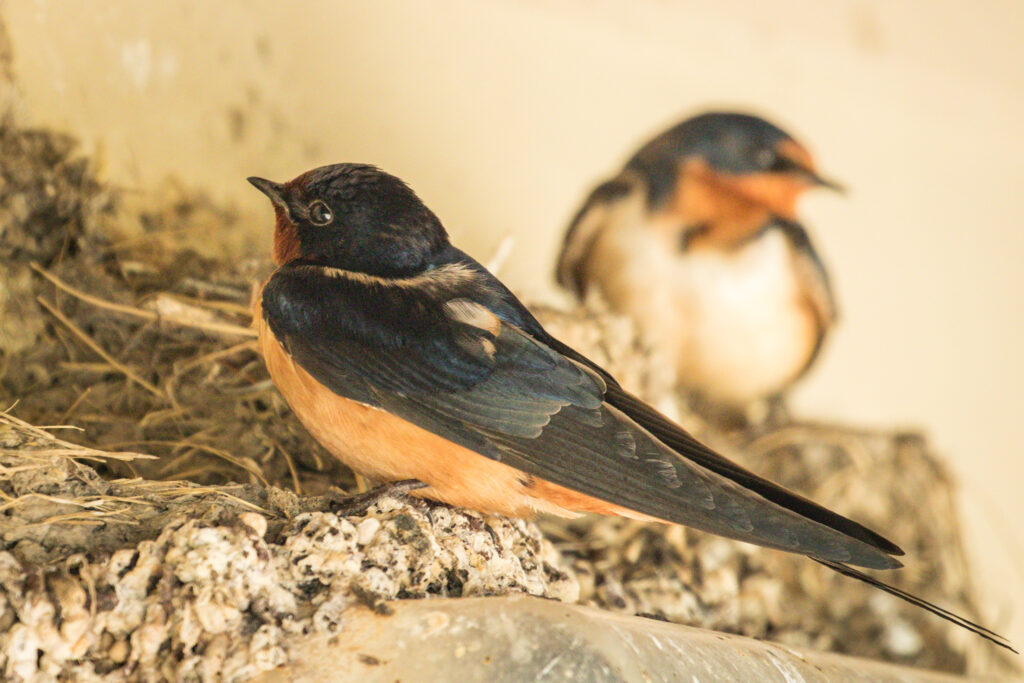 We also saw Tree Swallows there at Horicon Marsh.  These speedy swallows do like to perch so that’s the best way to grab a picture of them.  I like both of these pics, particularly the second one on the lichen-covered Bluebird house. 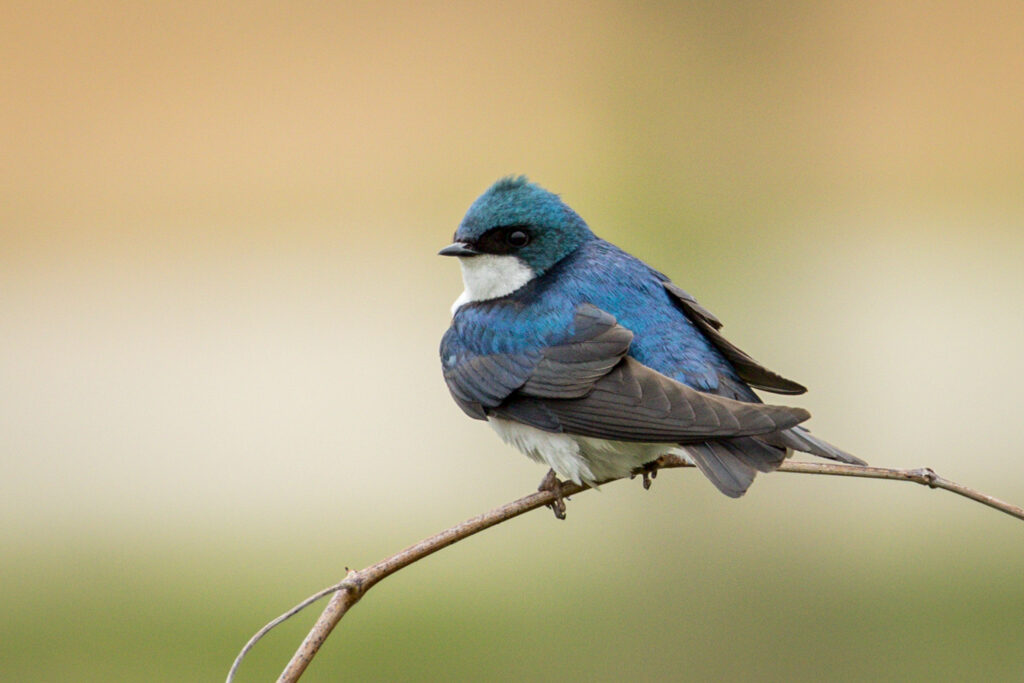 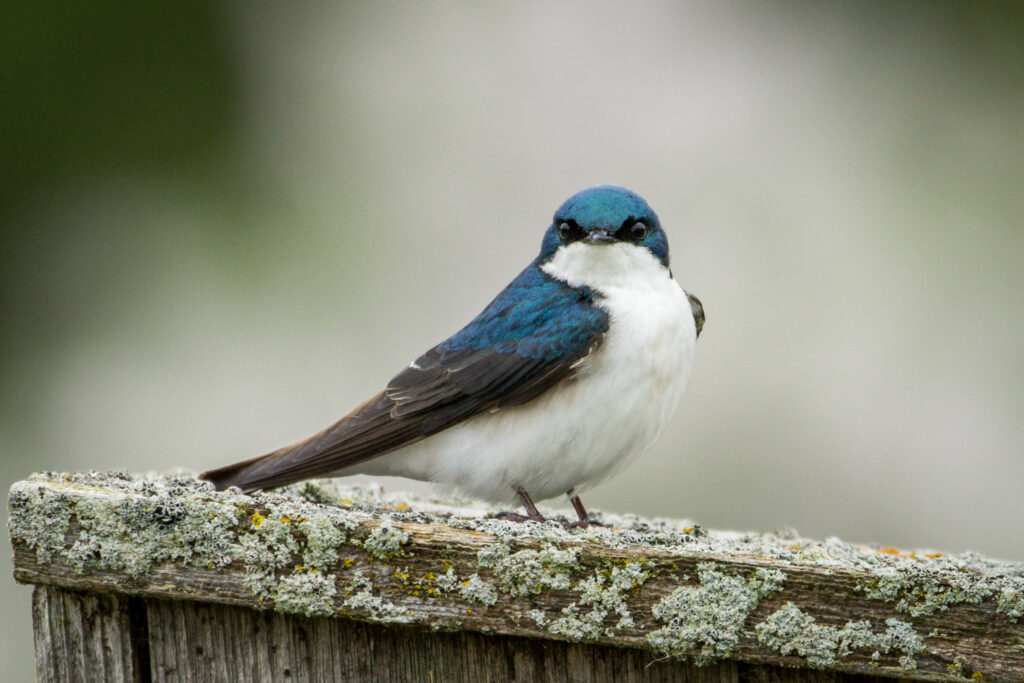 Click Here if you would like to learn more about GreatBirdPics.  Members can post their own great bird pics, create an online gallery of their works, and regularly receive emails about birds and bird photography.