This is Day 2 of a 19-day birding tour of Thailand; it was a private group arranged through Field Guides, adhering to their typical itinerary.  The pictures in this post are just some of the many Thailand pictures I’ve uploaded to GreatBirdPic.com.   Check out the site before you leave: see the Latest Pics uploaded by our members or read the About GPB to find out more about the site.  You are welcome to join if you enjoy bird photography.

We checked out of our fancy Bangkok hotel early and had a short drive to the Ransit Marsh.  There was no water in the marsh, and this was our first indication that most of Thailand was suffering through a period of drought.  As we would later surmise, the drought negatively affected the number and variety of birds available to view.

Walking out into the marsh we noticed some large nets strung up across tall poles.  Dave informed us that the local residents catch wild birds in the nets and then sell them as pets.

We did see a couple of birds along the way.  Below is a Plain Prinia: 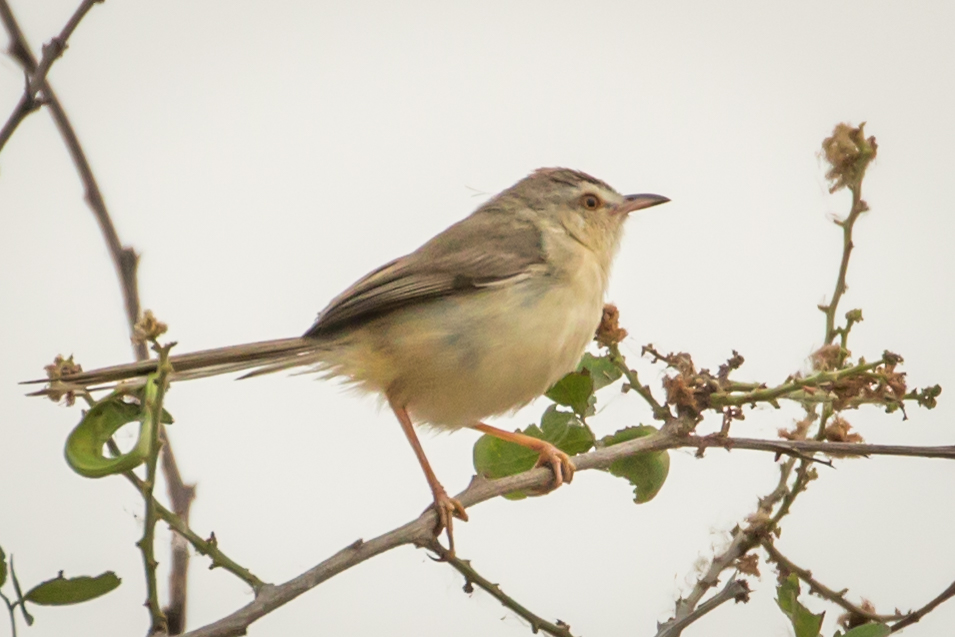 Walking back through town to get back into our vans, our driver Chiang spotted several beautiful Java Sparrows: 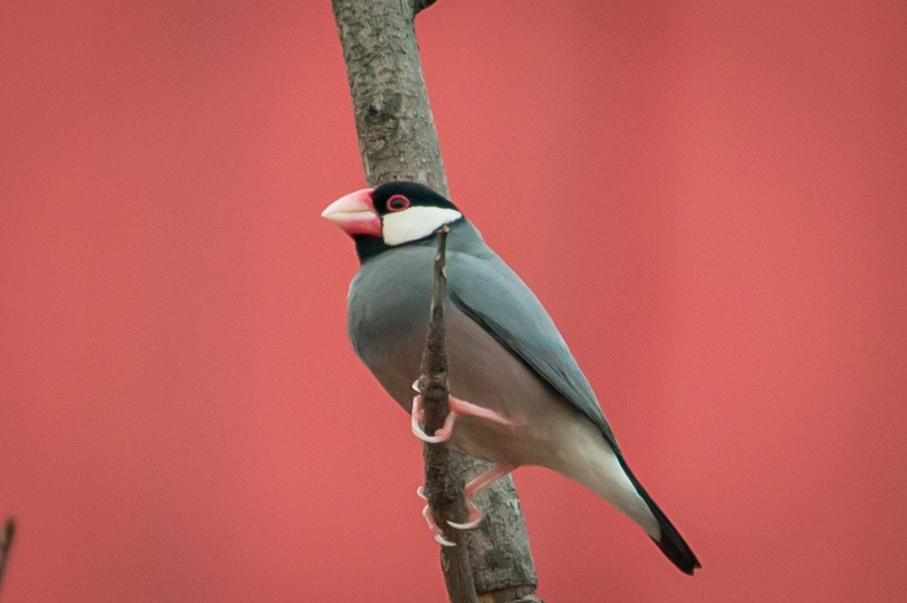 Back in the vans we drove a couple hours south to the Khok Kham Salt Pan.  We spent several days in this vicinity and learned about how they farm sea salt.  Many years ago irrigation ditches were extended to the Gulf of Thailand, bringing in seawater.  The salt farmers flood their field with the salt water and allow the water to evaporate, leaving the salt precipitate behind.  Here’s a Google Maps shot of the area.  The squares are the salt farms.  The whiter the square, the more salt has collected.

Below is a close-up of the corner of one of those squares and you can see the salt starting to crystalize. 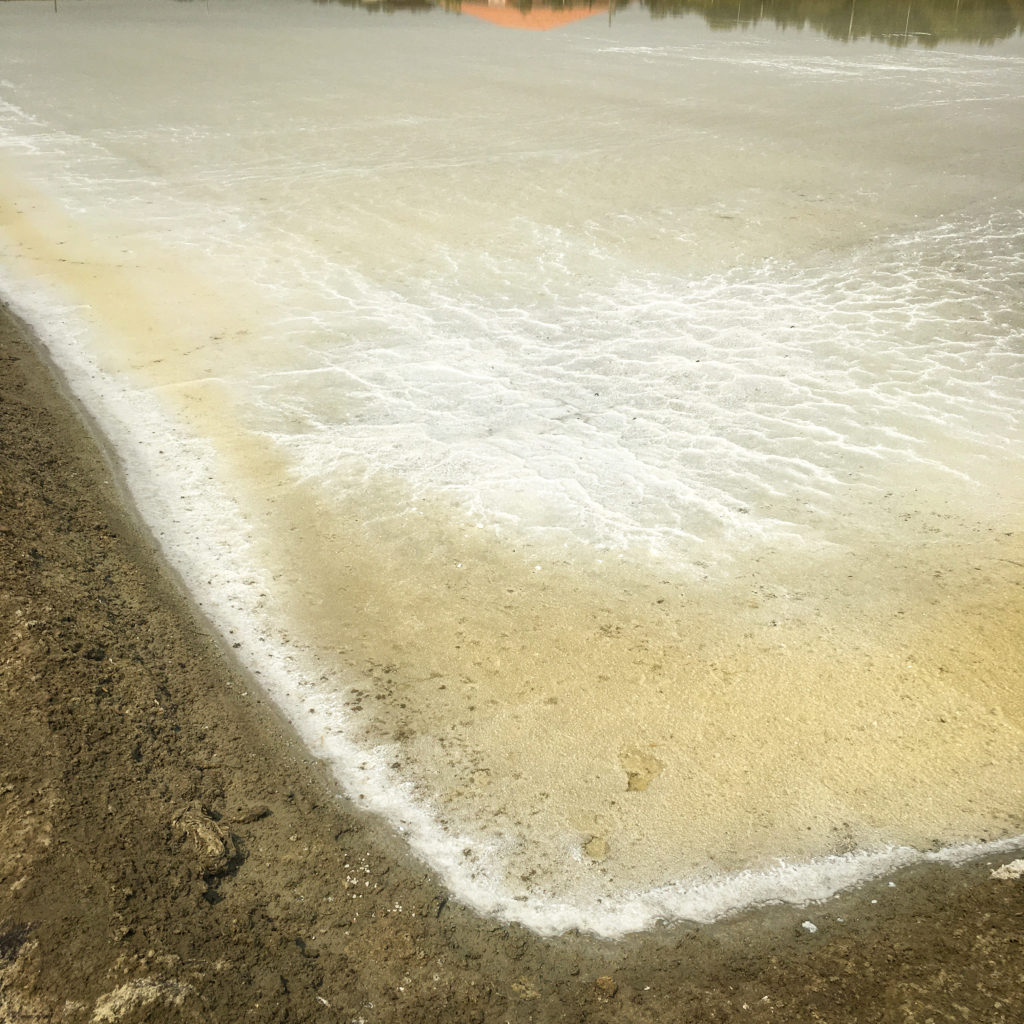 This vehicle below reminds me of the Flintstone’s car!  It is used to roll down the salt and compact it as the water evaporates. 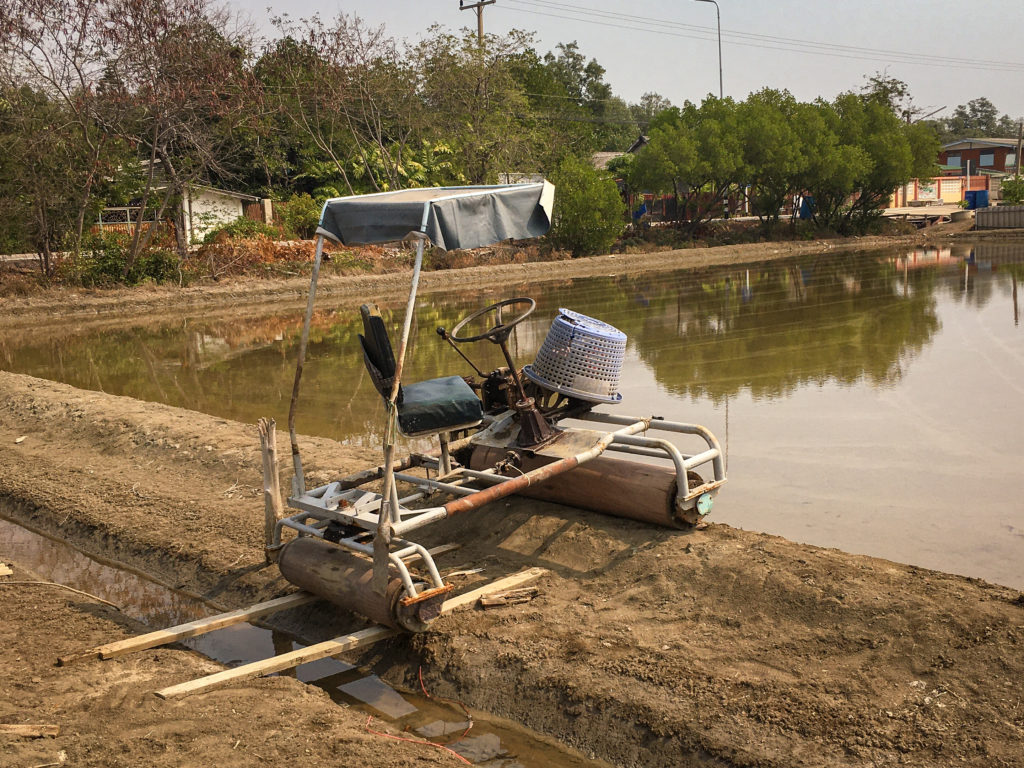 Once the salt dried and hardened the “farmer” calls in a crew of workers who use wide, flat shovels to scoop up the salt and dump it into a wheelbarrow.  Runners push the wheelbarrows out to the edge of the salt farms and create these neat piles of sea salt. 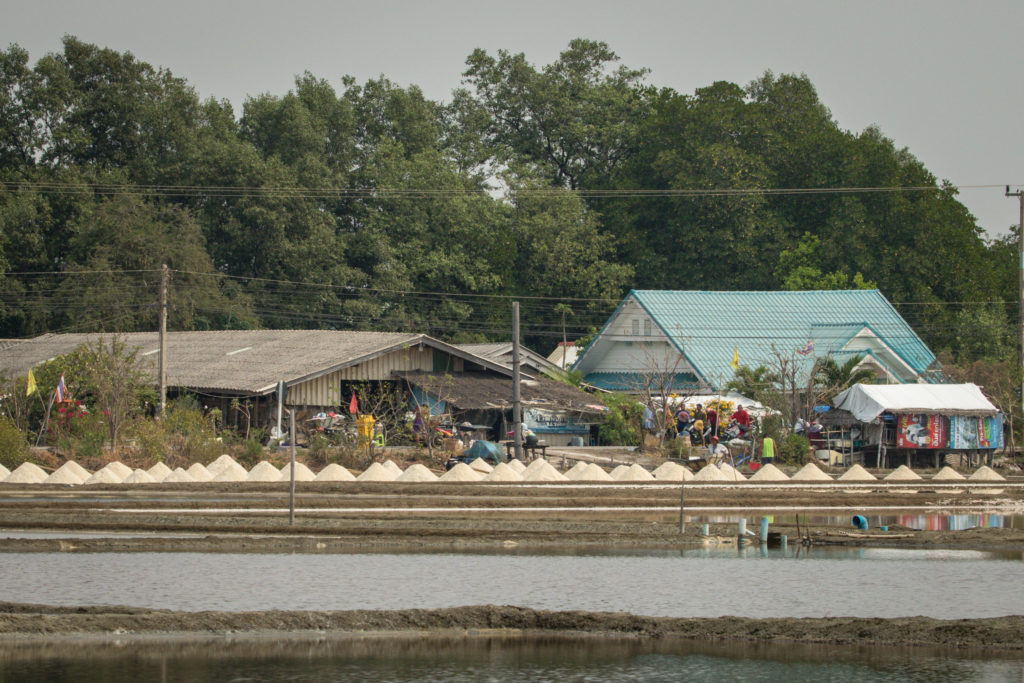 The salt farms attract all sorts of shorebirds – from sandpipers to plovers.  Our guide Dave set up his scope as soon as we arrived to see where the birds were.  We usually drove on the dirt roads between the salt plots but today we walked on the berm bordering each plot. 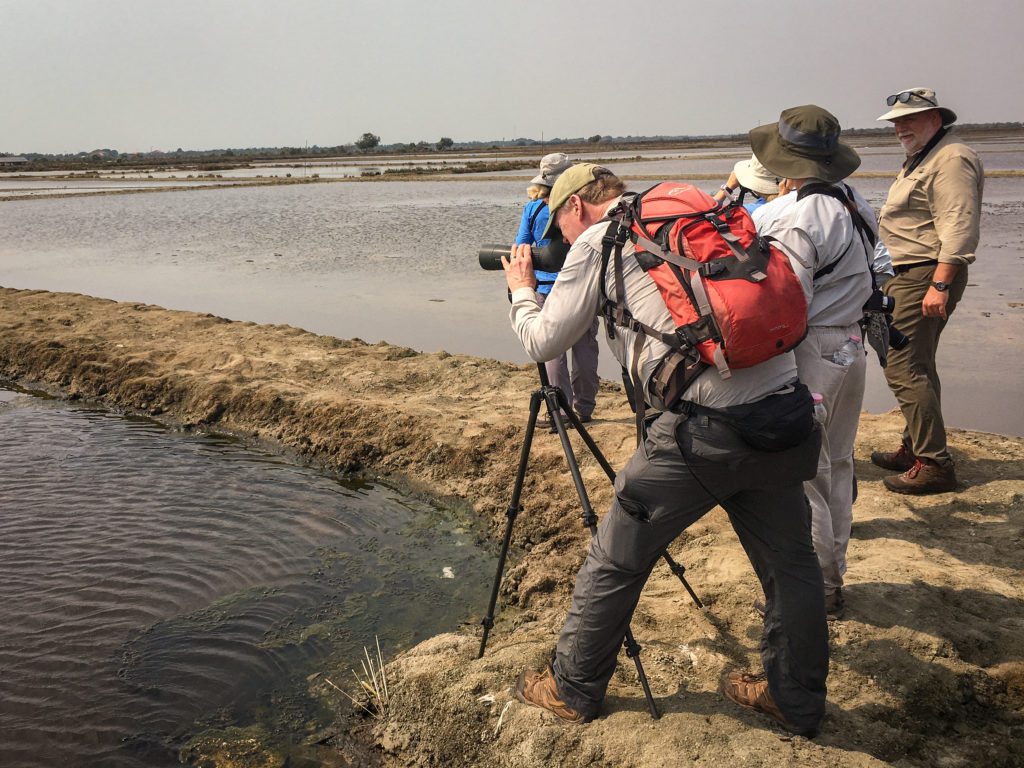 Our target bird here was the Spoon-billed Sandpiper, which is a “Critically Endangered” species according to the IUCN (International Union for Conservation of Nature).  According to the Cornell Lab of Ornithology (creator of the Ebird and Merlin apps and the All About Birds website) there are about 100 breeding pairs left in the WORLD.  These birds breed in northeast Russia and then migrate to southeast Asia during the winter.  If there was one bird every participant on the tour wanted to see it would have been the Spoon-billed Sandpiper.

Our Thai bird guide and driver Chiang called ahead and hired a spotter to go out in the salt plots to find the bird.  We were in luck!  The spotter found it and we excitedly observed it from afar.  Take a look at the end of the bill and you see it is like a little shovel.  We were lucky to see this one of approximately 500 Spoon-billed Sandpipers in the world. 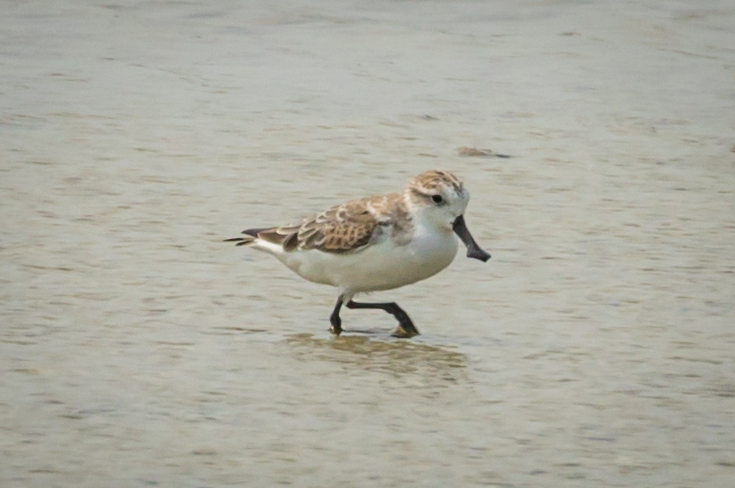 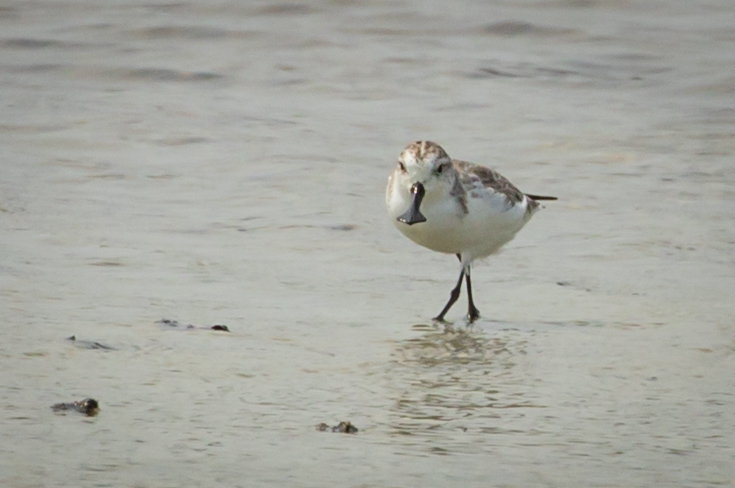 We piled back into the vans and headed to the Amphoe Mueang region and the Samut Songkhram reservoir.  We lost the sun from a few hours earlier and found gray overcast skies when we arrived.  As soon as we stopped Dave was giving Chiang high fives – he got a Thailand Lifer!  Recalling that Dave has been the lead bird guide for about 20 Field Guides’ tours you would think he’s seen them all.  But not the Spot-billed Pelican.  Not a great shot due to the dull light and distance but you get the idea. 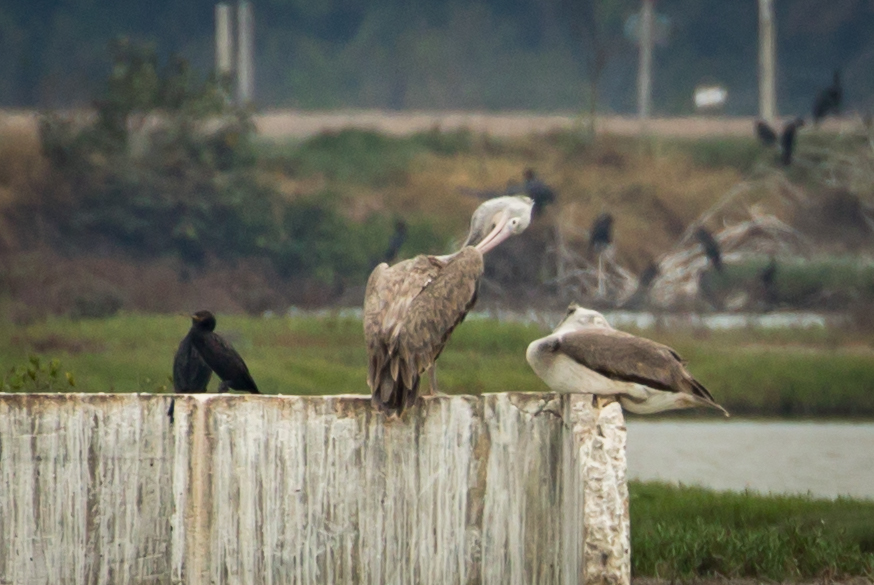 Most of the birds there were pretty far away there but I did get a few shots.  First of all the Black-headed Ibis: 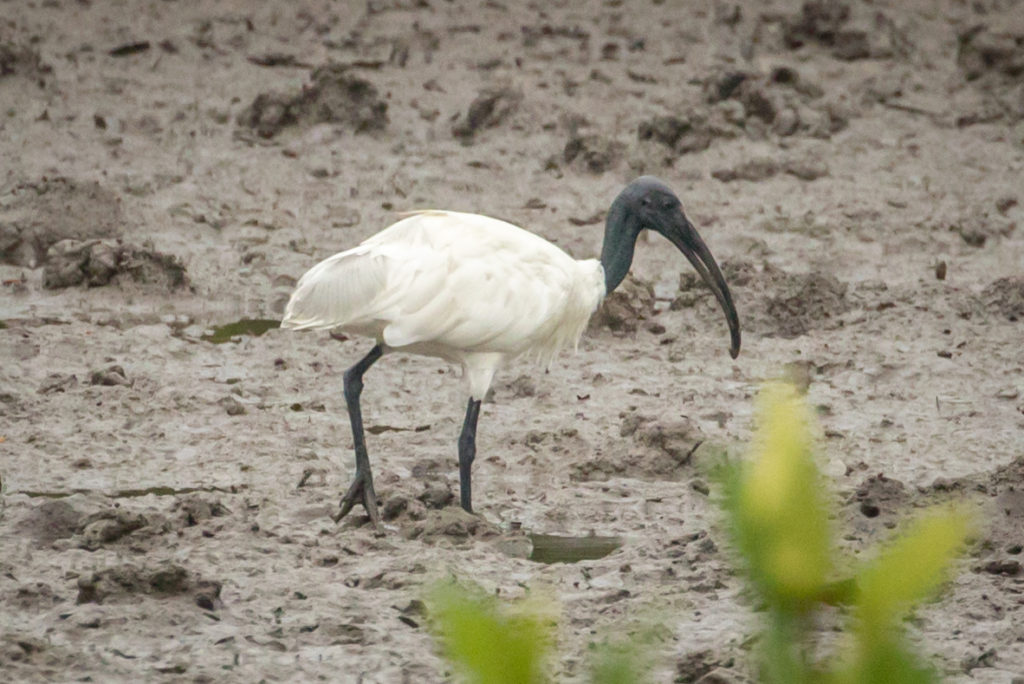 A first look (of many) at the Black-tailed Godwit: 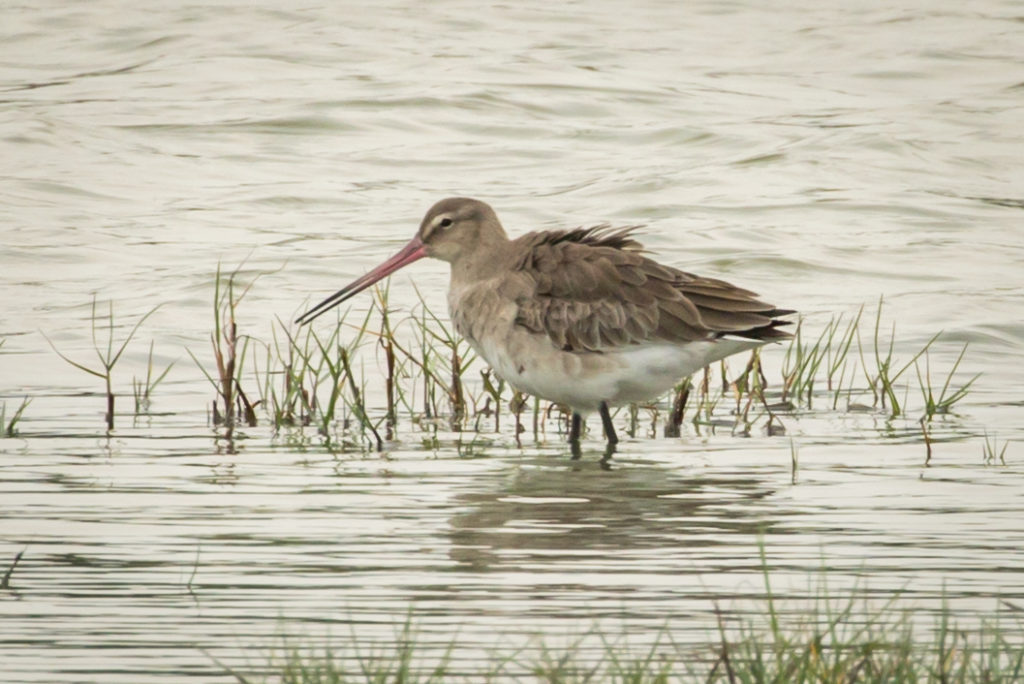 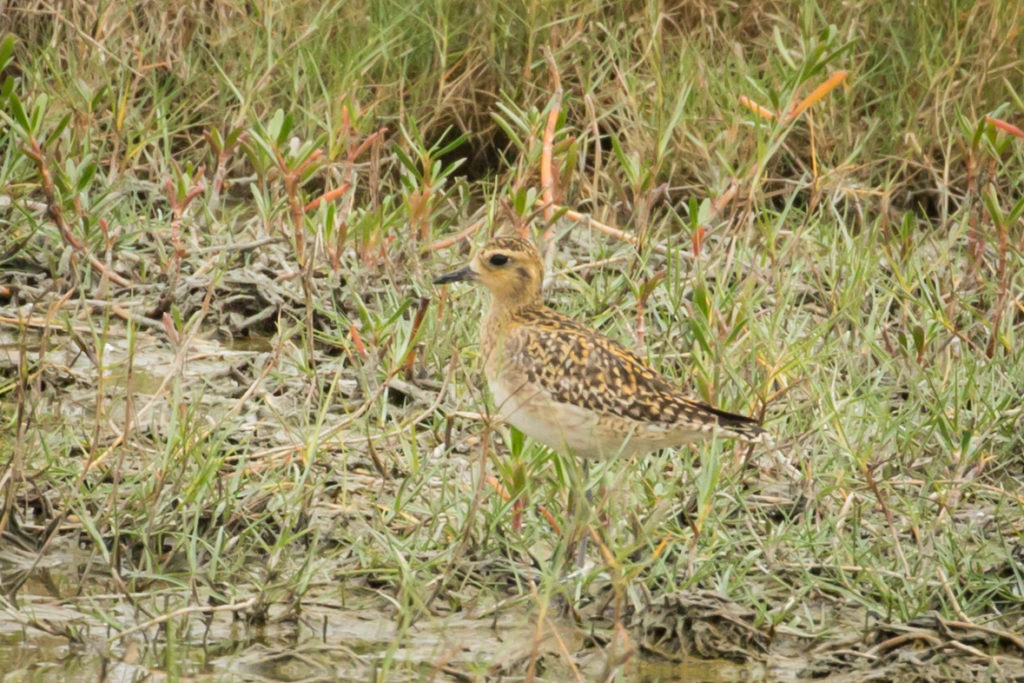 And finally, the Little Egret (there are three sizes of Egrets there: Little, Intermediate, and Great). 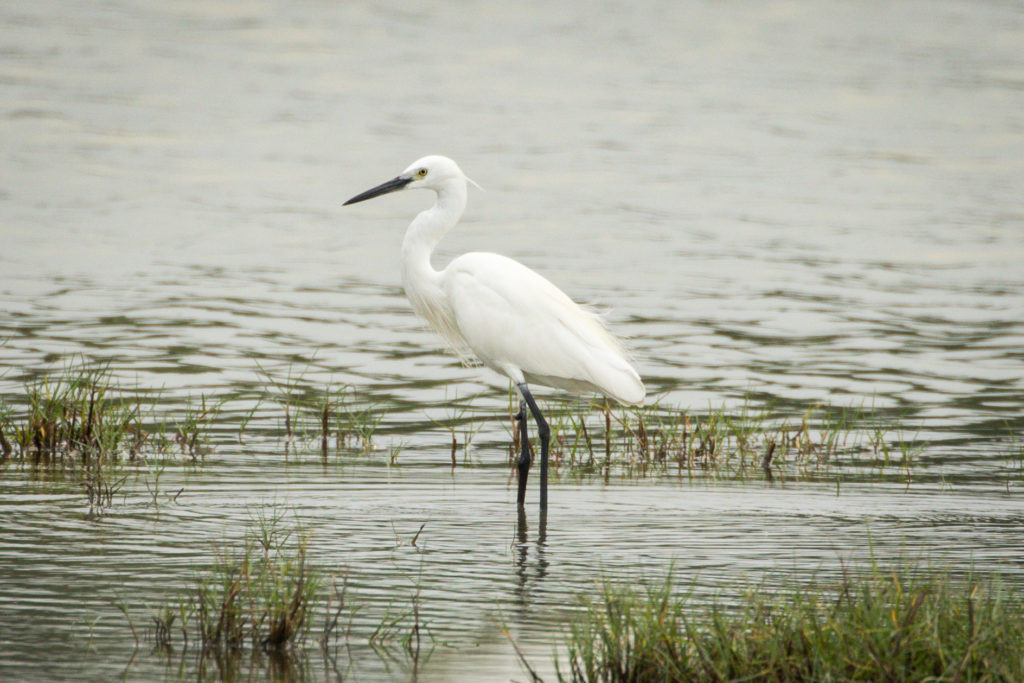 We ended our day in a hotel on the beach of the Gulf of Thailand.  Not exactly the high-rise luxury hotels we’ve hear about in Thailand, but a nice comfy place. 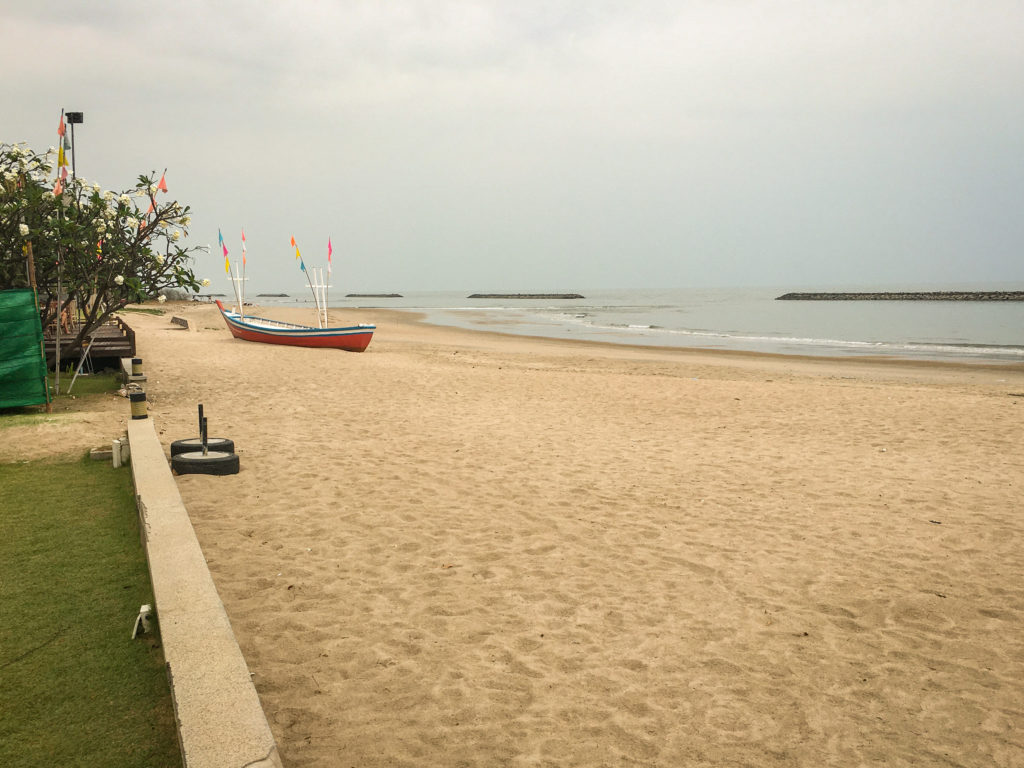 As per our routine we completed our Field Checklist for Day 2 before dinner.  I also began my routine of crawling into bed by 9PM after being up and on the go since 5:30AM.

Below are the links to the Ebird Checklists we completed for each stop.  For the over-achievers; you can click on the name of any species in the list and see more information about the species.