What’s Behind the Costco?

There’s A Lot of Activity Back There

Birding Buddy Mark had been bugging me to drive 30 minutes away to see the retention pond behind the Orland Costco.  Not my first thought as a birding destination but he claimed people had seen Least Bitterns there so off we went at the crack of dawn.

Just for context, we have been to the retention ponds behind the Walmart and Lowes Hardware stores in Naperville several times as they border the Springbrook Forest Preserve.  They are absolutely filthy – trash and garbage everywhere; there is so much litter it’s hard to believe birds actually live there but we do see herons and waterfowl there regularly.  I was pleasantly surprised when we arrived at the Costco to find it immaculate with no litter to be found (an employee came out of the building shortly after we arrived and picked up what little was there – way to go Costco!).  We got out of the car and even before I could turn on my camera Mark exclaimed, “I got it!”  Sure enough a Least Bittern was making its way across the reeds at the end of the pond near us.  Least Bittern are pretty rare for our area but a pair have been nesting there for a couple of years.  I was happy to snap away as it hunted for food and flew across the pond. 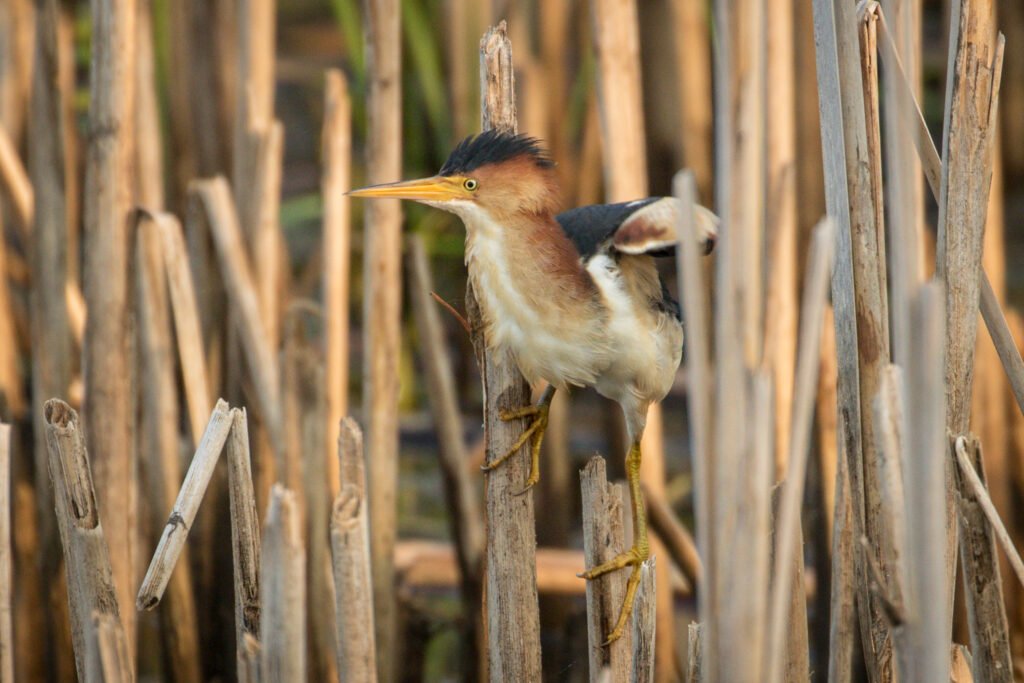 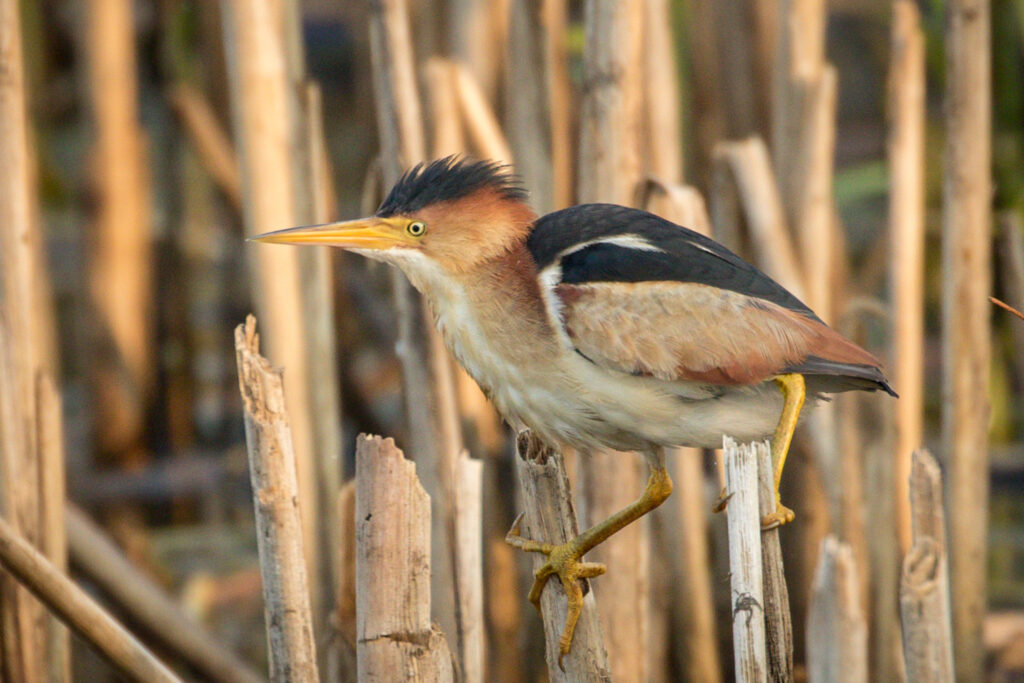 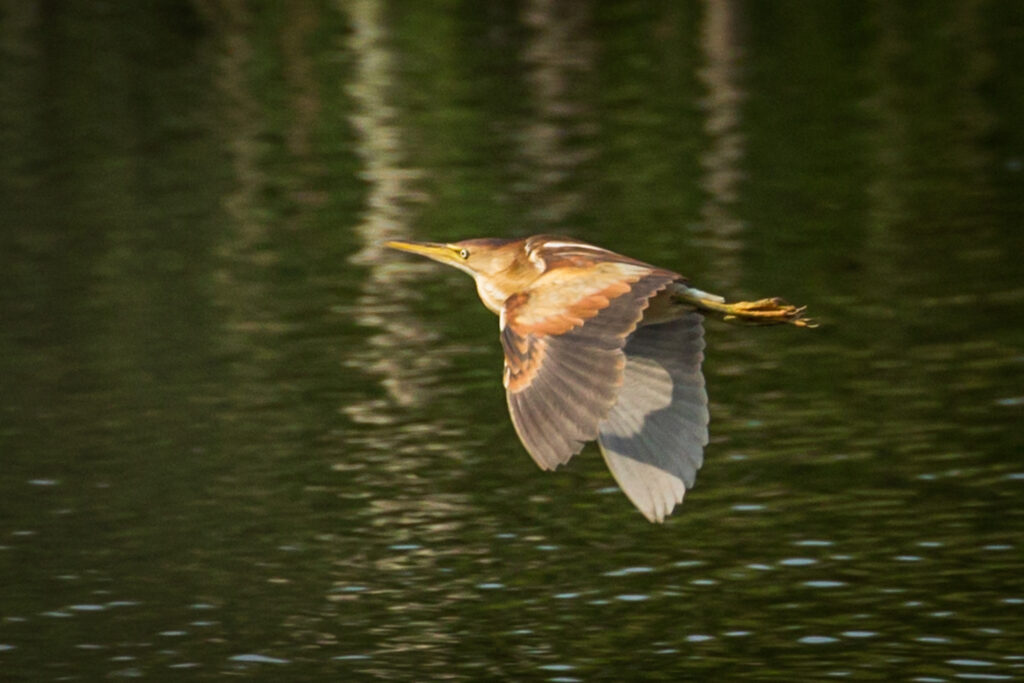 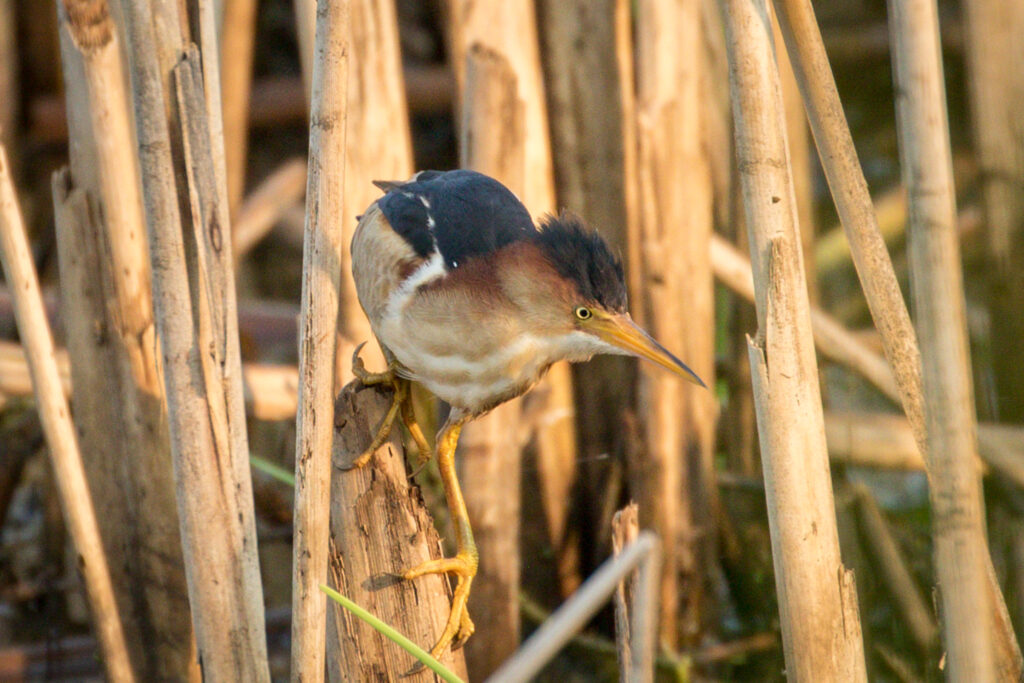 As we continued to explore the retention pond I was pleasantly surprised at the variety of birds we saw.  A Kestrel flew overhead. 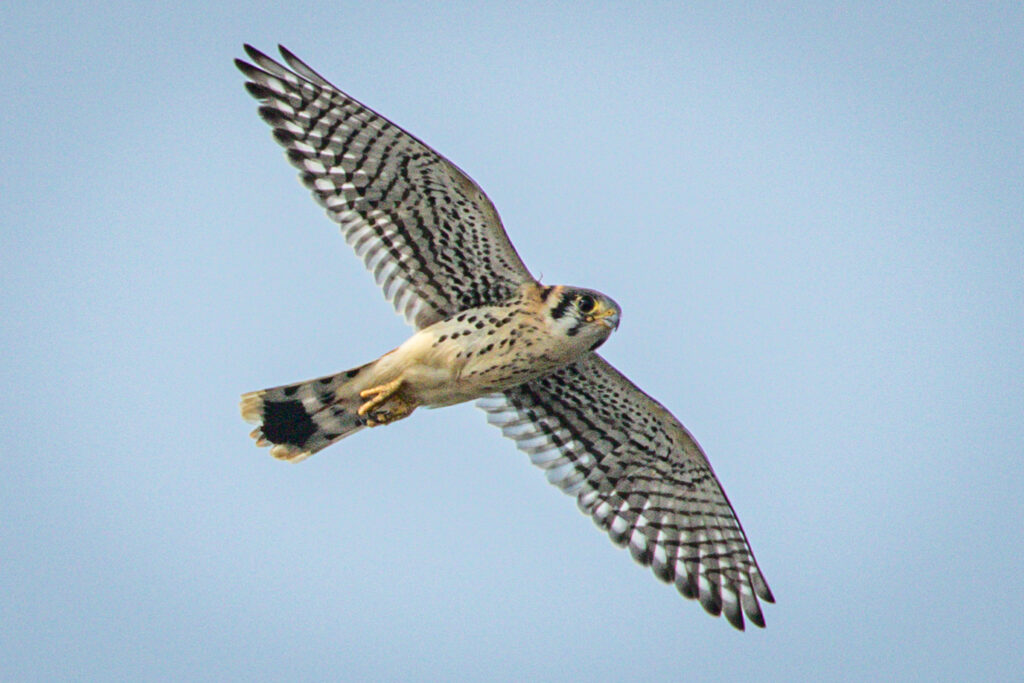 Across the pond one lonely Common Gallinule swam in and out of the reeds.  This bird is also fairly rare around here so we were glad to have spotted it. 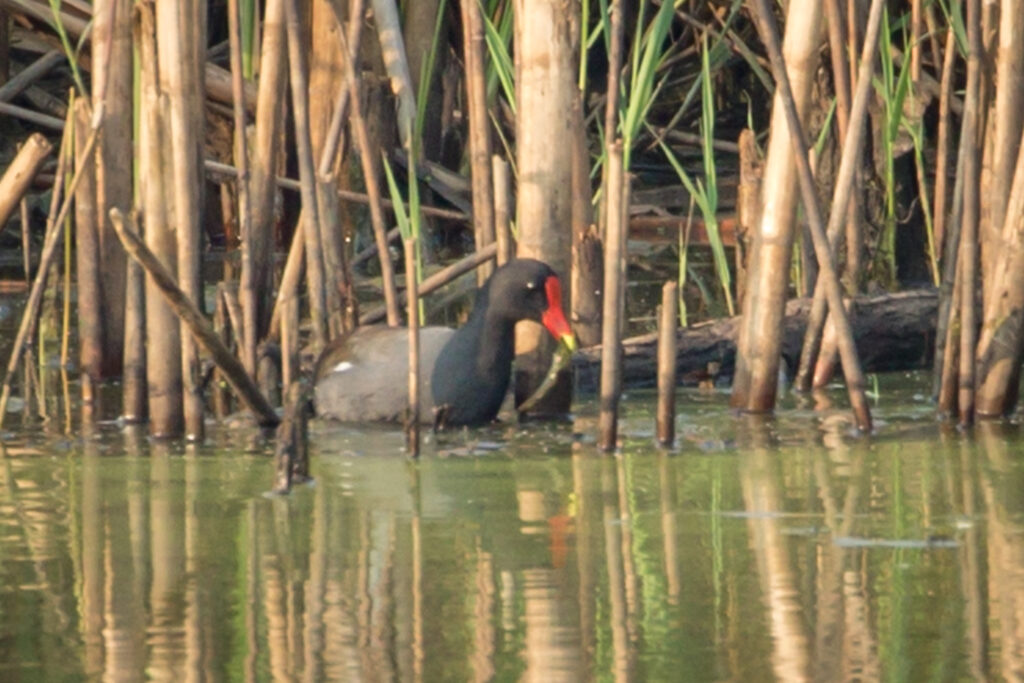 Some Blue-winged Teal made their way out of the reeds as we approached – I figure it was a female with two immature birds so it is likely they were breeding there. 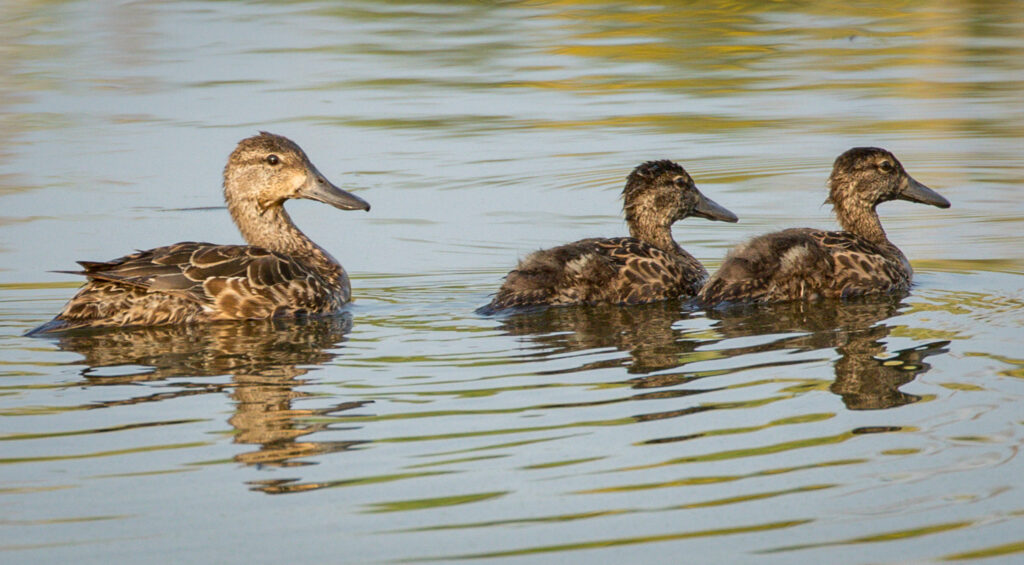 Another birder we bumped it to said he had just seen some Virginia Rail chicks and directed us toward that direction.  Sure enough, with a little bit of patience, they popped out as they foraged in the mud nearby. 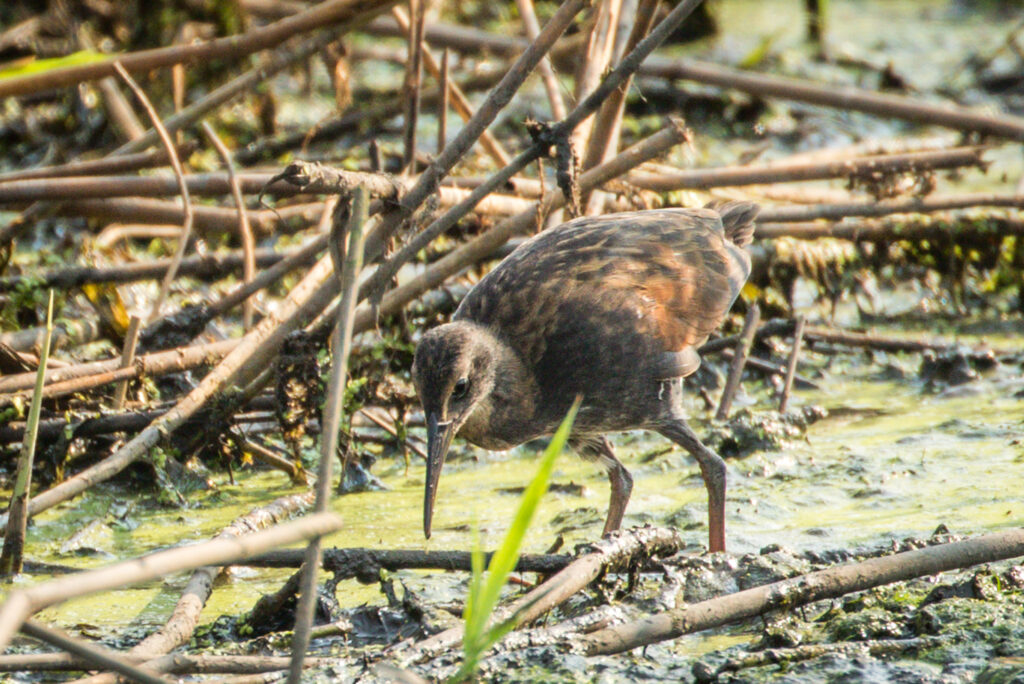 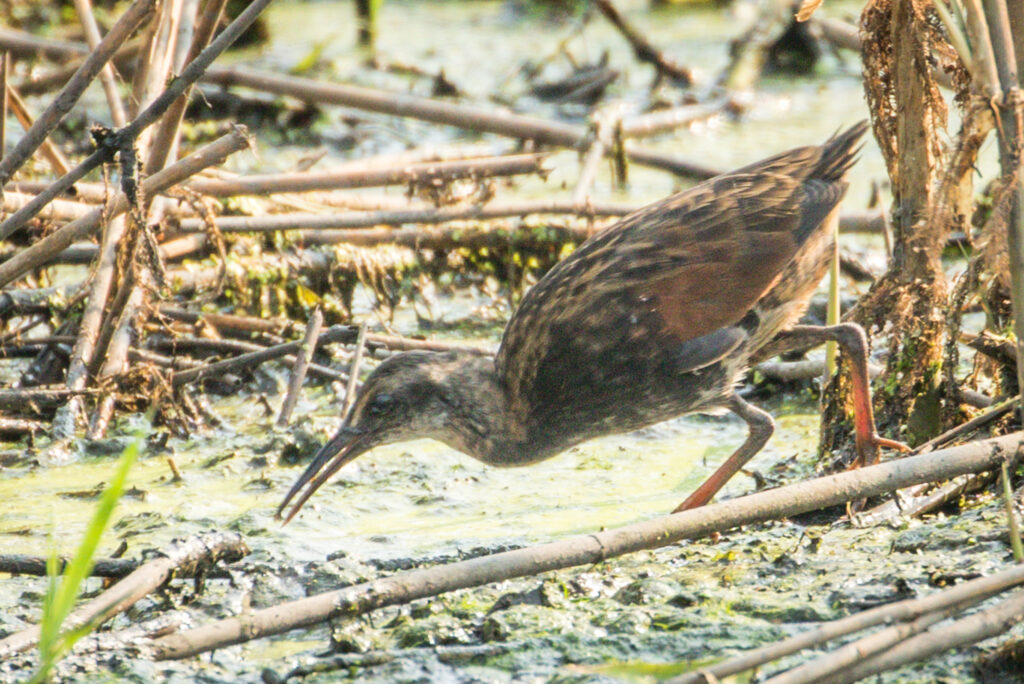 Moral of the story – don’t turn you nose up at retention ponds.  They could have some choice birds there!

If you would like to learn more about GreatBirdPics.com CLICK HERE.  Members can post their Great Bird Pics here, communicate with other members, and receive regular emails about bird photography.